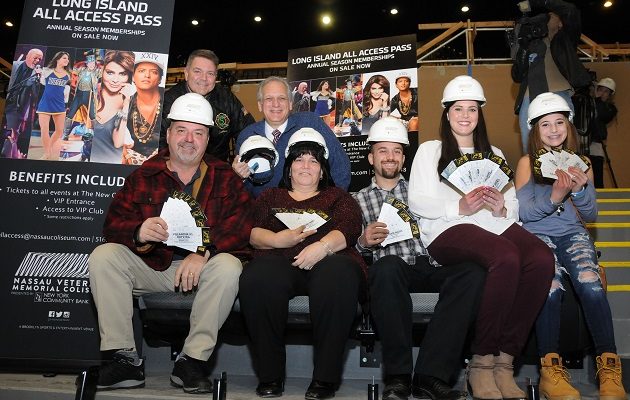 NEW YORK – The first seats at The New Nassau Veterans Memorial Coliseum presented by New York Community Bank were unveiled today by Nassau County Executive Edward P. Mangano. Joining the County Executive were Maryann and Joe Campanelli of Plainview, along with their children, who were the first ticket holders to take a seat. The Campanellis are members of the Long Island All Access Pass program and will have tickets to the designated seats for all events at the Coliseum beginning with Billy Joel’s venue opening show on April 5, 2017.

County Executive Mangano stated, “Great progress has been made toward transforming the Coliseum into a world-class arena. Much of the old has been removed and significant upgrades have been made, including the installation of new seats which were manufactured in the USA. The Coliseum will be a great modern entertainment venue for Long Islanders and has already attracted world-class acts, including Billy Joel, Mariah Carey and Lionel Richie, Marc Anthony, Bruno Mars and Stevie Nicks.”

The Coliseum’s new seating, manufactured in the USA by Irwin Seating Company at their Grand Rapids, MI manufacturing plant utilizes high-tech fabric designed specifically for arena use, providing both comfort and durability. The venue’s seating will also provide generous legroom.

Transformation of the Coliseum into a world-class sports-entertainment destination began on November 5, 2015. The new venue will retain its history of honoring our veterans while sharing revenue with taxpayers. When complete, the Coliseum will host hundreds of events annually. The $260 million projected is funded entirely by private investment from Nassau Events Center (NEC), LLC.

Under terms of the contract, Nassau County taxpayers will receive minimum guaranteed revenue of $194.5 million during the 34-year lease term with NEC. Simply put, the County will receive a minimum of 8% of gross revenue or $4 million annually, whichever is greater; plus $400,000 annually from the retail component or 8% of the gross, whichever is greater. Payments began pre-construction in August 2015 and will be used to help the Mangano administration keep County property taxes down. Economists project $3.7 million in annual sales taxes from the arena will be generated, along with an estimated $2.7 million in annual sales tax from new retail and entertainment surrounding the area. The Coliseum will continue to be owned by the taxpayers and the County sheds $2 million in costs related to utilities, repairs and other capital expenses.

In addition to the transformed arena, the property will serve as home to cutting edge medicine at the new Memorial Sloan Kettering Cancer Center and future technology in the planned research center. Residents will truly benefit from the added economic activity and hundreds of jobs that this project will create for our Nassau County economy. 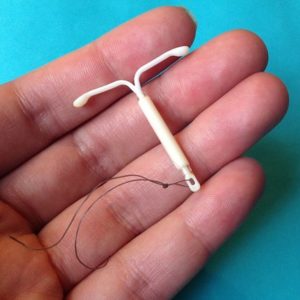 NEW YORK - On the eve of the Trump administration, and as Congressional Republicans move to repeal the Affordable Care Act,...