NEW YORK – Assemblyman Steve Englebright (D-Setauket) and Senator Ken LaValle (RCI-Port Jefferson) announced that their legislation (A10264-Englebright/S7908- LaValle) addressing ocean acidification has been signed into law. This new law will create a task force to identify the factors and mechanisms contributing to ocean acidification and evaluate ways of addressing the problem that is an impending threat to the ecological health and productivity of our coastal waters.

Senator Ken LaValle said, “Our oceans are changing. We need to have science and experts guide us in the steps that are necessary to clean, preserve and protect our waters. The new Task Force will identify issues and provide solutions, so we can begin a systematic process to remedy the ills. Long Islanders rely heavily on our waters for recreation and economic uses, and we need to make sure that they remain healthy for the long term.”

“Like climate change, the process of ocean acidification is invisible,” said Assemblyman Englebright. “The work of the Ocean Acidification Task Force will bring the magnitude of this threat into plain sight and help us develop strategies to mitigate and adapt to ocean acidification.”

This new law will create a fourteen-member Ocean Acidification Task Force within the Department of Environmental Conservation to identify the causes and factors contributing to ocean acidification and evaluate ways of addressing the problem by applying the best available science to its anticipated impacts. In addition to the Department of Environmental Conservation, the Department of State, and the Office of General Services, the Task Force would include at large members who would have expertise in one or more of the following areas: climatology; hydrology; economics; marine fisheries; aquaculture; oceanography; or ecology.

The task force will examine and make recommendations on the expected impacts of ocean acidification, and the need for new standards to better protect marine life, animals, and plants.

Ocean acidification is primarily caused by increases in atmospheric carbon dioxide produced by fossil fuel emissions and deforestation. As the amount of atmospheric carbon dioxide rises, more is absorb by the ocean where it reacts with sea water to form carbonic acid leading to a decrease in pH. Since the start of the Industrial Revolution, the ocean’s acidity has increased by 30 percent. This increased acidity decreases the amount of carbonate, a vital component in shells and skeletons for many marine species, like shellfish, crustaceans, coral, and plankton. These changes in ocean chemistry may have far-reaching ramifications for the sustainability of the world’s many fisheries.

Ocean acidification can be further exacerbated by runoff and nutrient influx from land. According to information provided by the Maine Ocean Acidification Commission, “Scientific data indicates that the rate of acidification is at least 100 times faster at present than at any other time in the last 200,000 years and may be unprecedented in earth’s history.” It is thought that the Atlantic Ocean along the Northeast shore will be especially vulnerable to ocean acidification because carbon dioxide is increasingly soluble in cold water and the Northeast will be subject to increasingly intense rain events leading to more intensive runoff.

New York is one of the states most vulnerable to ocean acidification, due to our economic reliance on our coastal fisheries for both finfish and shellfish and high levels of nitrogen pollution in our coastal waters. According to DEC’s Draft Ocean Action Plan, “Commercial and recreational fishing industries are major economic drivers in New York. In 2011, commercial fishing industries landed more than 27 million pounds of finfish and shellfish worth $37.6 million, generated $5 billion in sales in local communities, contributed $1.8 billion to the gross state product, and supported 42,000 jobs. That same year, recreational anglers generated $369 million in sales, contributed $212 million to gross state product, and supported 3,000 jobs.”

The task force work will help enable the state to examine the intersection between ocean acidification and nitrogen pollution, likely playing a complimentary role with state efforts to tackle nitrogen pollution through the Long Island Nitrogen Action Plan and other measures. 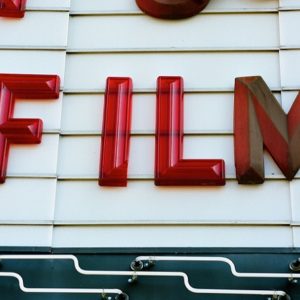