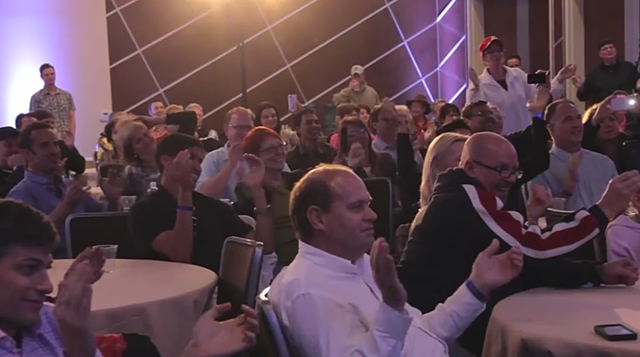 Created by Greg S. Reid, ambassador to the Napoleon Hill Foundation, Secret Knock touts guest speakers such as Frank Shankwitz, founder of the Make-A-Wish Foundation, Point-of-sale pioneer Ron Klein, the inventor of the credit card magnetic strip, and more. All of these industry giants will be available up-close and personal to impart their wisdom to professionals and start-ups at the event’s November 9 show to be held at LaunchPadLI in Westbury.

“Greg S. Reid is the number four rated speaker on the Forbes list of speakers… he did his half-hour motivational pitch based on based on his book called Three Feet From Gold any brought other big people, such as the founder of the Make-A-Wish Foundation, the founder of Ugg Boots, and a four-time Olympian,” said Michael Aharoni, the Broker/Owner of Long Island-based Magnificent Homes. “He brought these people together to tell their stories, to explain how they got to where they are, and it’s basically a very interactive, one-on-one sit-down, where you learn from these people and motivate yourself to achieve success. I took the idea and I approached Andrew [Launchpad CEO Andrew Hazen], and I told him that I wanted to bring Secret Knock here to Long Island.  think there’s a need for it after researching the market, and I spoke to Greg, and he agreed.” 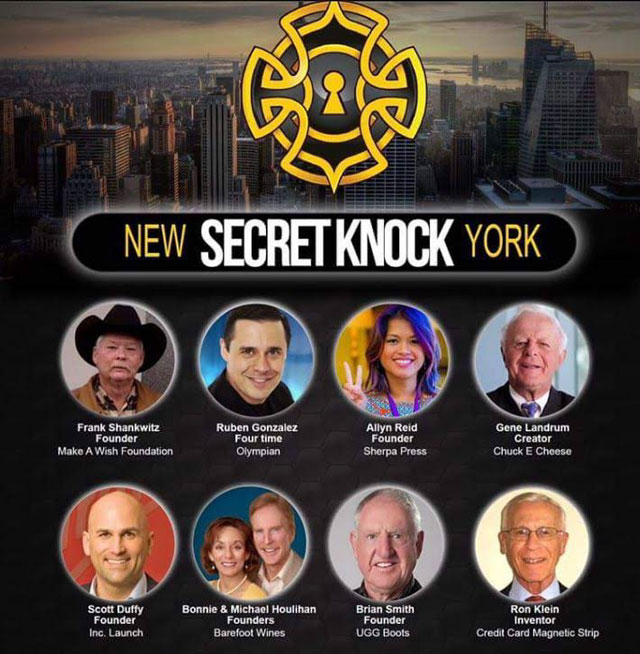 Register for what Forbes calls a ‘Must attend event for Entrepreneurs in 2015, 2016″

In addition to esteemed guests such as Frank Shankwitz and Ron Klein, Hazen noted that they have more expected to attend. Secret Knock is a one-night gathering on November 9, 2016 from 6 p.m. to 10 p.m. and offers an experience unlike any before seen in the New York business field at a bargain price. This event costs $1,200 on the West Coast but at LaunchPad it’s only $49 thru 11/1 but attendees must register at https://www.eventbrite.com/e/secret-knock-tickets-26088334912 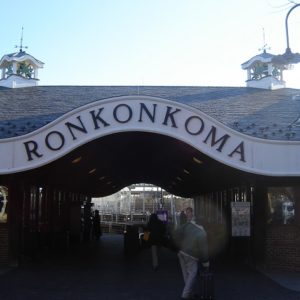