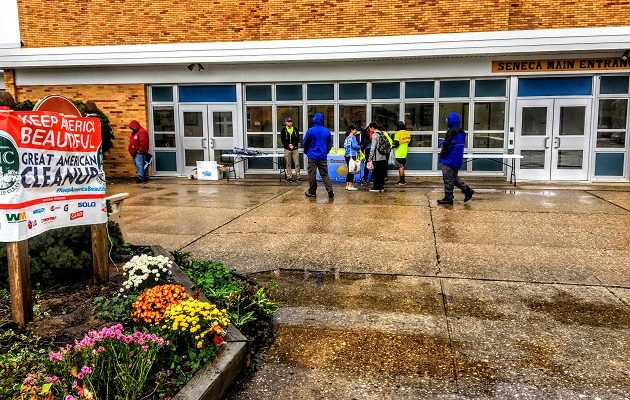 Volunteers Hit The Streets To Beautify Holbrook Despite Heavy Rain

NEW YORK – Despite heavy rain and clouds, over 50 residents showed up to the Holbrook Community Cleanup at Seneca Middle School on Saturday October 22nd.

The Holbrook Cleanup, which is sponsored by Legislator Lindsay and the Holbrook Chamber of Commerce, is held semiannually – once in the Fall and again in the Spring. Participants are given pickers to lift garbage off the ground, safety vests, garbage bags, and gloves prior to hitting the streets. 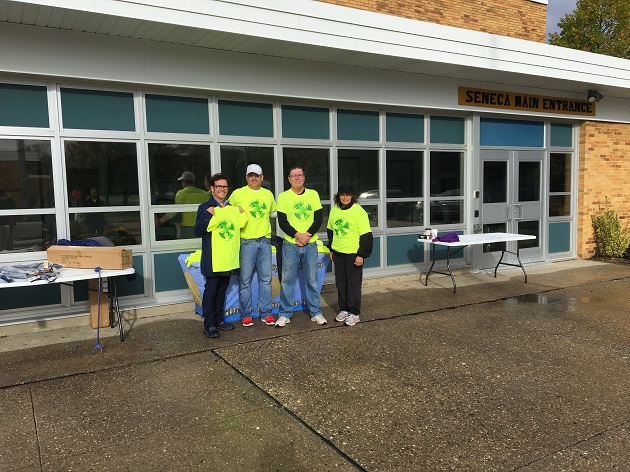 In an effort to thank the dedicated residents of Holbrook who consistently participate to better our community, Legislator Lindsay and the Chamber of Commerce distributed T-Shirts to all volunteers and had planned for a post cleanup cookout. The inclement weather canned the cookout but that could not stop Holbrook residents from getting involved.

“When it started to rain as much as it did, as early as it did, I was worried no one would show” said Legis. Lindsay. “However, I was heartened by the fact that we have so many people willing to donate their valuable time in bad weather to improve our community. I cannot thank all of the volunteers enough for their dedication and efforts.”

Dozens of filled garbage bags were collected by the volunteers this year which made a tremendous impact on our roadways. The tradition of hosting the Holbrook Cleanup is something Legislator Lindsay and the Holbrook Chamber of Commerce are very proud of and look forward to continuing at their next cleanup in May of 2017. 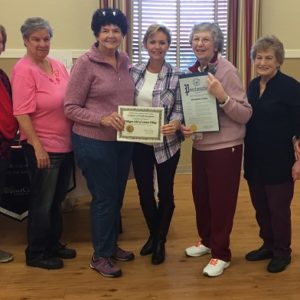