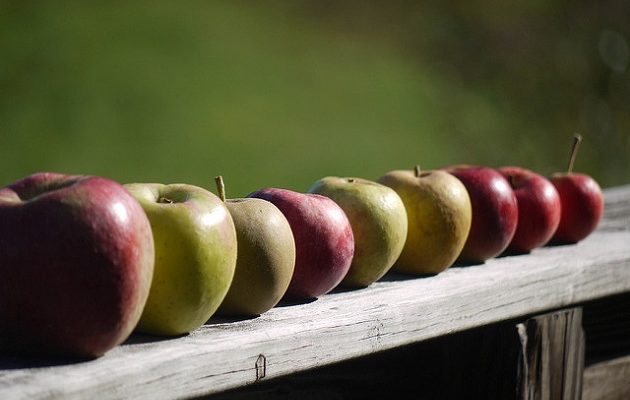 NEW YORK – Governor Andrew M. Cuomo today announced the number of farm cideries operating manufacturing facilities in New York State has tripled, growing from 8 in October 2014 to 24 today. This growth has been a direct result of the Farm Cideries Legislation, signed on October 17, 2013. The law established a new license for cideries that use crops grown exclusively in New York. It has strengthened the state’s apple industry, promoted job growth, and boosted tourism throughout the Empire State.

“The Farm Cideries Law has cut red tape and created new opportunities for apple growers and entrepreneurs across New York, helping this burgeoning part of the craft beverage sector grow by leaps and bounds,” Governor Cuomo said. “There is a great synergy to farm cideries, which use New York apples to make a great New York product, a win-win that helps create jobs and economic activity across the board. I look forward to this exciting industry’s continued growth in virtually every corner of this state.”

In addition to the 24 farm cideries operating today, five off-site branch stores have been opened, where Farm Cideries can sell farm-produced wine, beer, spirits and cider by the bottle or by the glass, in addition to operating gift shops and opening restaurants.

Prior to the Farm Cidery Law, hard cider could only be produced at Farm Wineries or through a cider producer license, which does not require the use of New York apples. Cider producer licensees also lacked expanded privileges including tastings, sale of other farm-based products by the bottle or glass, and the opportunity to open restaurants, gift shops and branch stores, which have helped New York’s Farm Cideries become tourist destinations.

The Farm Cidery legislation was established following one of three New York State Wine, Beer and Spirits Summits to hear directly from industry professionals about their needs and opportunities for growth. The law went into effect January 15, 2014 and authorizes farm cideries to manufacture and sell hard cider made from crops grown in New York State. The provisions of the bill are modeled after similar provisions for farm breweries, wineries and distilleries.

Cider Week Events
The anniversary coincides with Cider Week events in the Finger Lakes and New York City. Sponsored by Taste NY, I Love NY, and Glynwood, these events are aimed at promoting New York’s cider producers and developing a market for their distinctive beverages. By increasing the presence of ciders in top restaurants, bars, and retail shops in these regions, Cider Week increases the profitability to local orchards and helps revive heirloom apple varieties.

This year’s Cider Week ushers in the New York Cider Association, a craft beverage trade group launched last year in response to the state’s rapidly expanding industry. The goal of the NYCA is to foster sustainable growth for this fledgling industry.

Cider Week New York City will be held on October 21 to 30. For more information, visit http://ciderweeknyc.com/. Cider Week Finger Lakes was also celebrated from October 1 to 9.

Supporting New York’s Agricultural Industry
New York State ranks second in apple production in the nation, a standing it has held since 1996. As the number of cideries in the state skyrockets, the demand for New York apples continues to grow. According to the U.S. Department of Agriculture Statistics Service, New York produced 1.36 billion pounds of apples in 2015, a nearly 8 percent increase over the previous year. The value of the State’s apple production also rose by nearly 10 percent to an estimated $275 million over 2014.

Growing the Craft Beverage Industry and New York’s Economy
Under Governor Cuomo’s leadership, the state continues to drive the craft beverage industry forward. By passing major pieces of legislation, launching aggressive promotional campaigns, and implementing considerable regulatory reforms, this sector of the economy has become a major driver of job creation and economic development in communities across the State. Since 2011, the number of farm-based alcohol beverage manufacturers increased by 178 percent, bringing the total number of wineries, breweries, distilleries and cideries using New York-grown ingredients to 570.

In addition, Governor Cuomo announced the expansion of the Beer Production Credit this past June to include New York’s wine, spirits, and cider industries. Now called the Alcohol Production Credit, it is expected to save wineries, distillers and cideries an additional $4 million over the next two years.

These changes build on Governor Cuomo’s progress to strengthen the craft beverage industry during the past five years. Through these efforts, local communities have seen increased tax revenues, more job opportunities, higher demand for agricultural products, and a more robust tourism industry.

State Agriculture Commissioner Richard A. Ball said, “Thanks to the Farm Cideries Law, New York’s apple industry is stronger than ever before, more jobs are being created, local businesses are flourishing, and consumers are enjoying our world-class apples in a whole new way. Governor Cuomo recognized the potential for this success and I thank him for his continued support of the entire craft beverage industry.”

State Liquor Authority Chairman Vincent Bradley said, “Since the first Summit, Governor Cuomo has partnered with the industry to create new low cost farm based licenses, cut taxes and fees, implemented important regulatory reforms, and supported research and marketing that has led to a renaissance in craft beverage manufacturing across New York State.”

Empire State Development President, CEO & Commissioner Howard Zemsky said, “Over the past three years, we have seen tremendous growth in New York’s craft cider industry thanks to Governor Cuomo’s efforts to support this burgeoning industry, including the Farm Cideries Law. It has been a win-win for New York State – the success of cideries has boosted business for New York’s apple farmers, as they provide fresh, high quality apples to cider and craft beverage producers throughout the Empire State.”

New York Cider Association Executive Director Jenn Smith said, “Governor Cuomo’s encouragement of New York State cider makers has resulted not only in phenomenal growth in the amount of cider produced, in the volume of fruit utilized and the in the increase in value added to the state’s annual apple crop – it has resulted in the development of New York State cider’s identity as a premium agricultural product, a beverage of great complexity, and a compliment to any meal.” 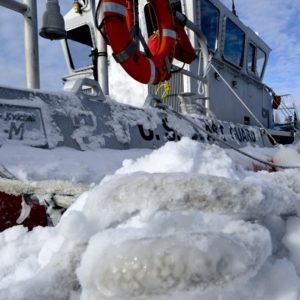 NEW YORK - As cold weather approaches, the Coast Guard recommends taking the proper actions to winterize your vessel. Even...