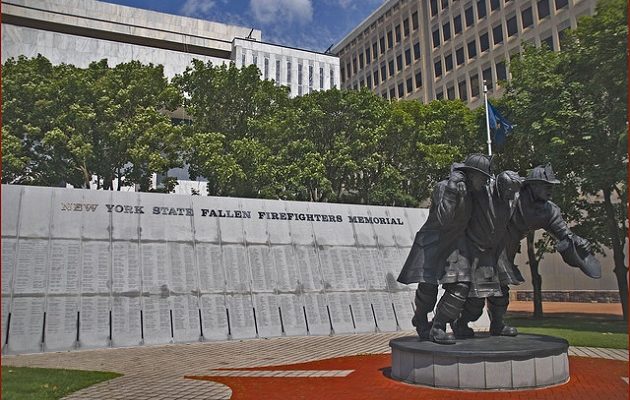 NEW YORK – Governor Andrew M. Cuomo today announced the addition of eight names to the New York State Fallen Firefighters Memorial located at the Empire State Plaza to honor their memory, heroism and service to the citizens of New York. Lieutenant Governor Kathy Hochul and other state officials recognized the contributions of the eight courageous individuals at the 19th Annual Fallen Firefighters Memorial Ceremony in Albany today, as part of Firefighter Appreciation Day.

“These eight brave firefighters selflessly served their communities day in and day out – putting their own safety at risk to protect the safety of their neighbors,” Governor Cuomo said. “With the addition of their names to The Fallen Firefighters Memorial, we honor their sacrifice and will help ensure their bravery is remembered for generations to come.”

“The Fallen Firefighters Memorial honors the legacy of men and women who faced unthinkable danger and met that with incredible courage,” said Lieutenant Governor Kathy Hochul. “This year, we add eight names to this monument and each of their stories is a testament to the heroism that is part of everyday life for those who answer the call and put on their uniform. I’m honored to represent Governor Cuomo and the people of State of New York State during this annual tribute.”

The individuals added to the Fallen Firefighters Memorial include:

At today’s ceremony, the Governor issued two proclamations to honor the state’s career and volunteer firefighters, marking Tuesday, October 11 as Firefighter Appreciation Day and the week of October 9 -15 as Fire Prevention Week.

New York State Division of Homeland Security and Emergency Services Commissioner John P. Melville said, “May this memorial continue to inspire all of us to remember those who gave everything to keep us safe and to strive to their level of selflessness and bravery.”

New York State Fire Administrator Bryant D. Stevens said, “This memorial serves as a constant reminder of the dangers faced by every firefighter in this state and an everlasting tribute to those brave souls who made the ultimate sacrifice in the performance of their duties. This wall is also a stark reminder to every New Yorker of the dangers firefighters face and the sacrifices some are called to make.”

New York State Association of Fire Chiefs President Joseph M. Faud, Jr. said, “Today, I join fire chiefs and firefighters from across New York State to recognize and remember our comrades who have made the supreme sacrifice. We pay tribute not only to the fallen, but also to their families at home and in the firehouses across the state; we will ensure that the sacrifice of their loved ones will be forever honored.”

“Today, as we gather as a group to pay our respects to the brave firefighters who have selflessly laid down their lives for others, let us also recognize that thousands of their brothers and sisters honor them each and every day as they turn out of quarters and respond to emergencies to help their neighbors in need,” said Kenneth Pienkowski, President of the Firemen’s Association of the State of New York. “The fire service honors those we lost, and will never forget their sacrifices.”

“On behalf of the New York State Professional Fire Fighters Association, we honor the memories of our fallen brothers and sisters who lost their lives in service to all New Yorkers,” said Samuel Fresina, President of the NYS Professional Fire Fighters Association. “Their bravery and sacrifice in the line of duty will never be forgotten. They will live on forever in our hearts.” 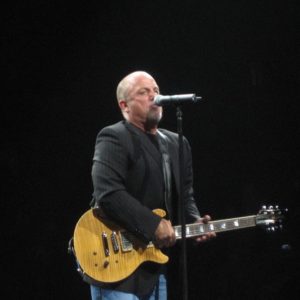