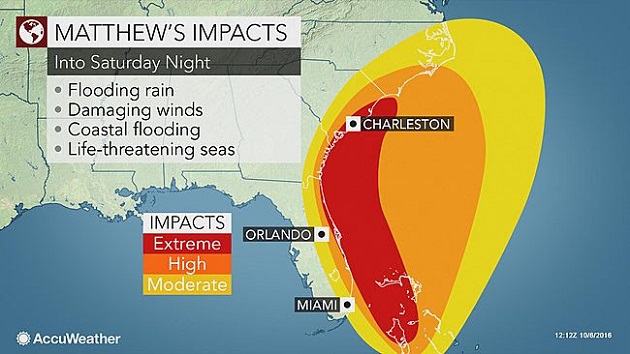 The curved path along the coast will create a fire hose effect of high winds, heavy rain and storm surge as the eye wall of the hurricane moves northward.

“Matthew has re-strengthened to a Category 4 hurricane prior to reaching the east coast of Florida early Friday morning,” according to AccuWeather Hurricane Expert Dan Kottlowski.

Track Matthew on radar as the hurricane moves northward.

Preparations should be rushed to completion and people should heed evacuation orders as they are issued.

The governors of Florida, Georgia and South Carolina declared states of emergency ahead of Matthew earlier this week.

Evacuation orders have been given for more than 2 million people from the Florida barrier islands to coastal Georgia and South Carolina.

The track of Matthew will roughly parallel the U.S. southern Atlantic coast through Saturday night, but a track just inland from near Cape Canaveral to near Jacksonville, Florida, is likely from Friday into Saturday. Landfall by a hurricane along this stretch of coast is extremely rare. 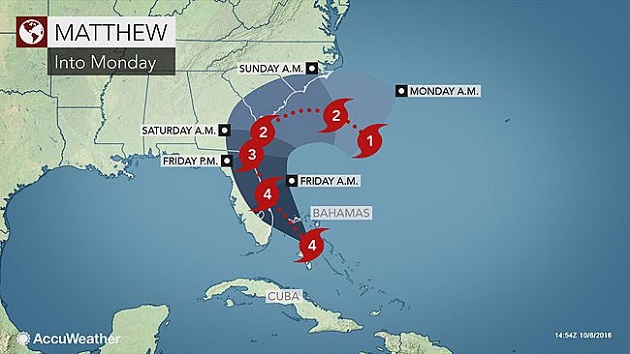 “Since the mid-1800s, when reliable records have been kept, no Category 4 storm or greater has ever made landfall along the upper Atlantic coast of Florida,” Kottlowski said.

Such a track will put millions in harm’s way along the coast from impacts ranging storm surge flooding, flash and urban flooding, flying debris and structural damage to weakly-constructed dwellings.

Along the immediate Atlantic coast from central Florida through Georgia, gusts can reach or exceed 100 mph. Winds this strong can cause significant property damage and widespread power outages. 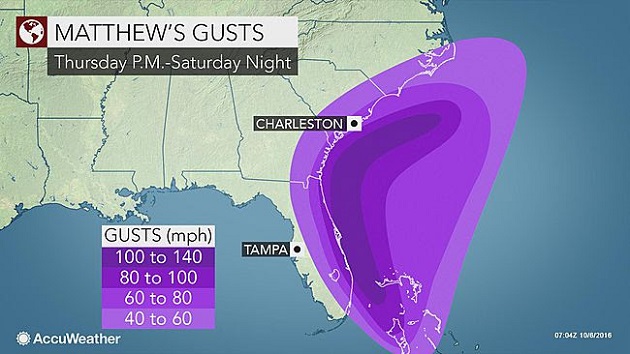 The surf will be too dangerous for bathers, boarders and boaters along the southern Atlantic coast.

Small craft should remain secured in port and cruise, and freight interests should consider rerouting their trips to avoid the monstrous seas that will develop. Offshore, seas can top 25 feet at the height of the storm.

Airline delays and flight cancellations will mount. Some smaller regional airports may close for a time.

A general swath of 6-12 inches of rain will occur along the coast from central Florida northward to southern North Carolina. Locally higher amounts are possible.

As Atlantic Ocean water is pushed inland, a storm surge (total inundation) of 6-10 feet will occur along low-lying areas of the coast from central Florida to South Carolina. 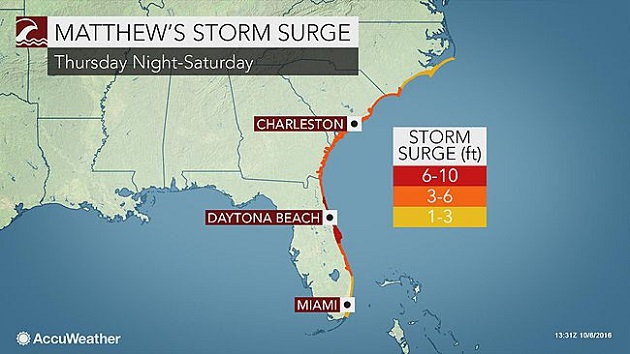 The combination of heavy rainfall and storm surge can cause major flooding in areas from Melbourne, Daytona Beach and Jacksonville, Florida, to Brunswick and Savannah, Georgia, and Charleston, South Carolina.

Sustained tropical storm-force winds will extend westward to Interstate 95 from Florida to South Carolina and part of North Carolina. A few gusts to hurricane force can occur in this same zone from Florida to Georgia.

Farther west, damaging and disruptive impacts will occur 50 miles or more inland, even though the eye will hug the Atlantic coast.

As a result, travel along much of I-95 in the southern U.S. will be hazardous at the height of the storm. People who must travel north and south in the region are encouraged to take a more western route.

From Tallahassee to about Naples, Florida, dry air will be pulled down the Florida Peninsula and will greatly limit impact from Matthew.

“A few gusts to tropical storm force can even occur along the west coast of Florida,” Kottlowski said.

Overall, travel from central South Carolina to central Georgia and in western Florida will be safer. 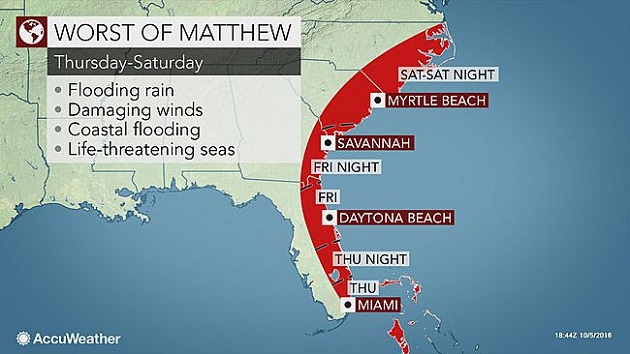 Exactly where a sharp curve to the north occurs in Matthew’s track will determine the severity of conditions along the coast and 50-100 miles inland.

Any jog to the west by Matthew’s eye could bring hurricane conditions farther inland from Florida to North Carolina.

“From late this weekend into early next week, Matthew is forecast to curve out to sea, then either stall or loop back toward Florida,” Kottlowski said.

As a result, people along the southeastern U.S. coast will need to continue to monitor the status of Matthew beyond this weekend.

At the very least, such a path would translate to long-duration rough seas, dangerous surf and beach erosion along the southeastern U.S. coast.

Schumer: LIE Is No Stranger To Speeding Trucks, But New Technology—Ready For Installation—Could Make Barreling Big Rigs A Thing Of tThe Past; Senator Says LI Drivers Would Be Safer & Thousands Of Accidents Could Be Prevented And Lives Saved 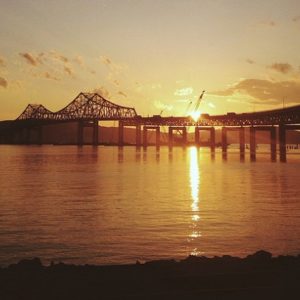