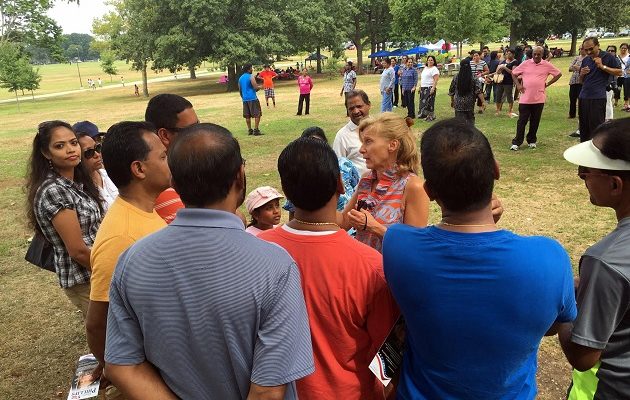 “I am not at all surprised that this election is receiving a great deal of statewide attention,” Elaine Phlilips, the Republican candidate for the New York State District 7 Senate seat in this coming November’s election, stated during a recent interview. Ms. Phillips, the current three term mayor of the village of Flower Hill, who is also running on the Conservative, Independent, and Reform Party lines, was stating the already widely known: The outcome of the race in District 7, one of the approximately 10 New York State Senate races pollsters have labeled as “toss-ups,” could determine whether the State Senate is controlled by Democrats or Republicans.

As it currently stands, the Democrats control 32 seats to the Republicans 31. However, Democrat Senator Simcha Felder of the 17th District in Brooklyn caucuses with Republicans, giving them a de facto, albeit extremely fragile, one vote majority. Because of this close and tenuous political configuration of the State Senate, the outcome of the race in the 7th might well determine which party will control that legislative body, after the winners of November’s election are sworn- in come January 2017. Which is the major the reason the campaigns of Phillips and her Democratic opponent, local businessman, Roslyn school board member and party activist Adam Haber, have drawn the close attention and careful scrutiny of political leaders of both parties statewide.

Still, there is another factor that makes the stakes for the outcome of the Senate races even higher. With the Democrats holding a 109-41 supermajority in the state Assembly and with two term Democratic Governor Andrew Cuomo currently holding the executive branch, a Democratic take-over of the State Senate would lead in Albany to what would amount to be“ one party rule.” Phillips told me that such an eventuality would be terrible for the state. “Having Democrats control the governorship and both legislative bodies would destroy the system of checks and balances that are essential to good government. The results for New York State would be disastrous,” she contended.

Phillips, 57, the married mother of 3 daughters aged 19, 21 and 23, who is running on a platform which includes improving the state’s economy, lowering property taxes and ending corruption in Albany added, “It has been the Republicans who have been leading the fight to create a business friendly environment that will create more high- paying private sector jobs….they {the Republicans} have also led the battle to reduce the burdensome property taxes that have hit the middle class the hardest. In addition, it has been mainly the Republicans who have fought Governor Cuomo’s attempts to end the investigations into the illegal political activities that permeate throughout Albany. I do not even want to think what could happen in the future should the Democrats hold a total monopoly of power in the state.”

The seventh district, which encompasses the entire town of North Hempstead and portions of the towns of Hempstead and Oyster Bay, all within the boundaries of Nassau County, contains 32 villages, the largest number of villages of any senate district in the state. One of those 32 villages is Flower Hill. Phillips told me that her record as mayor there is indicative of how she would serve if elected to the state senate. “As mayor” she stated, “I saw how hard the middle class in particular was hurt by high taxes, so I made it my priority to reduce village taxes in Flower Hill…. Working together with both Republican and Democrats, I was able to significantly reduce taxes in the village, which made it among the lowest taxed villages in the region. If elected {to the state senate], I will fight for and support legislation that reduces state taxes, just as I worked in Flower Hill to reduce the village tax rate for our citizens.”

Demographic reports show that the 7th district is among the most ethnically diversified in the state, containing among other groups, first or second generation citizens from China, Korea, India, Pakistan and Portugal. Alluding that diversity, Phillips stated, “I feel fortunate to have the opportunity to run for a position that would enable me to represent a whole cross section of residents of the district, including those who come from such extremely proud and wonderfully diverse ethnic backgrounds- and are so proud to be Americans.”

Beyond this ethnic diversity, there is also heterogeneity in the voting patterns of the citizens of the district: Of the seventh’s total population of 315,163 citizens, registered Democrats outnumber Republicans by 90,027 to 67,755 (there are 2,230 Conservative and 8,642 Independence Party registered voters, with 57,135 who are not enrolled).

However, despite this 25% advantage Democrats hold in the district, over the recent past voting cycles Republicans have dominated them in the state senate elections. The current State Senator Republican Jack Martins, whose departure from the race for his seat to make his current run for Congress in the 3rd CD first opened the Republican slate to Phillips, was first elected in 2008, and later re-elected in 2010, 2012 and 2014. Prior to Martins the seat belonged to Democrat Craig Johnson. Johnson’s predecessor, though, was Michael Balboni, who succeeded, Mike Tully, who replaced John Caemmerer – all Republicans.

Referring to this political dichotomy, I asked Phillips whether she was “heartened” by the past success of Republicans in the district or “disheartened” by the major advantage in voter registration Democrats hold over her party. Answering that neither of those two adjectives describe her thought process as she conducts her campaign, Philips stated, “While I am fully aware of both the party affiliations of the voters and the political history of the district, it has very little to do with how I view or conduct the campaign, which focuses, not on the past, but rather on how to improve the lives of our citizens in the future, beginning, I hope, with my election in November.”

Philllips, who told me that the pro- economic growth, lower property tax, anti-corruption policies she described earlier are similar to those Jack Martins has championed legislatively during his eight years in office, said that there is one particular bill, S6378A, that she stated will be one of priorities if she is elected. 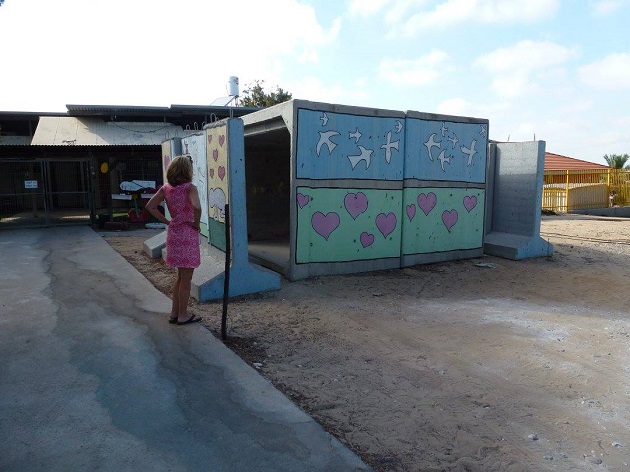 Elaine Phillips looks over an elaborately decorated bomb shelter outside a preschool near Haifa, during a 2016 visit to Israel.

This bill, which Martins himself prime-sponsored, prohibits any New York State government entity from engaging in business and financial transactions with companies, corporations or individuals that participate in boycotts, such as Boycott, Divestment, and Sanctions (BDS), that are aimed at economically and politically harming the state of Israel.

While S6378A cruised through the Senate, which passed it in January 2016 by a vote of 56-5, and while Governor Cuomo has promised to sign the bill into law, the bill’s opponents, exclusively Democrats, in the assembly have stopped it from even being introduced on the floor there. Phillips told me that she will attempt to use her position as state senator to win the support of the bill from its current opponents in the assembly. She explained that such communication would not be unusual, as it is part of the legislative process for members of one of the two law-making bodies to lobby members of the other to oppose or support a particular bill.

Phillips, who is a practicing Episcopalian, said that she has hope that once she presents the background of the anti-Israel boycott movement to S6388A’s assembly opponents, she will be able to convince them to change their positions. “The Arabs just changed ‘the do not buy from Jews’ words of hate that they spread in 1945 about Jews living in then Palestine, which I will point out, was three years before there was even a Jewish state and coincided with the last year of the genocide of Jews in Europe, to their new, ‘Do not do business with Israel.’”

“It is my hope,” she continued, “that when I explain to my counterparts in the assembly that this current nefarious attempt to isolate and vilify the Jewish state, in which six million of the 15 million Jews in the world now live, frighteningly mirrors the events that led to the Holocaust, I would like to believe they will change their minds and support the bill.”

Phillips’ support of the state and people of Israel does not come new to her, or her family. As part of a respite program for Israeli children during the 2006 Israeli-Hezbollah war, two Israeli young teenage girls spent the summer in the Phillips family home. And this past summer, when Elaine and her husband took a long planned trip to the Jewish State they had the chance to see them again.

“It was,” she reflected, “wonderful to share memories of that beautiful summer with these two incredible girls, now both young adults, who just graduated from college and are about to begin their professional careers.”

Phillips, who actively began her campaign for state senate in August, shortly after her return from Israel, said she has enjoyed every one of the countless hours she has spent electioneering. “ It has been an honor and privilege to meet and listen to the great ideas and legitimate concerns of the wonderful women and men in the district. It will be an honor and privilege to serve them should I be elected in November.”

Whether it turns out to be Phillips or her opponent Adam Haber who is elected to the Seventh Senate District in November, the outcome of that contest might very well play a major role in how New York State is governed the next two years.

Pictured Above: Elaine Phillips speaks with members of the growing Indian-American community in her Senate District. The 7th District is among the most ethnically diverse on Long Island.

Robert Golomb is a nationally and internationally published columnist. Email him at MrBob347 and follow him on Twitter@RobertGolomb 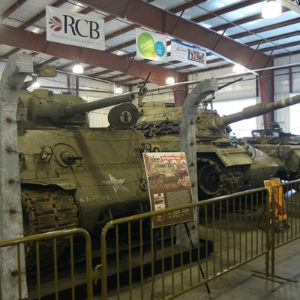 (Long Island, NY) In Old Bethpage, located within a giant hangar rich with the scent of oil and the aura of fortitude, is a collection...