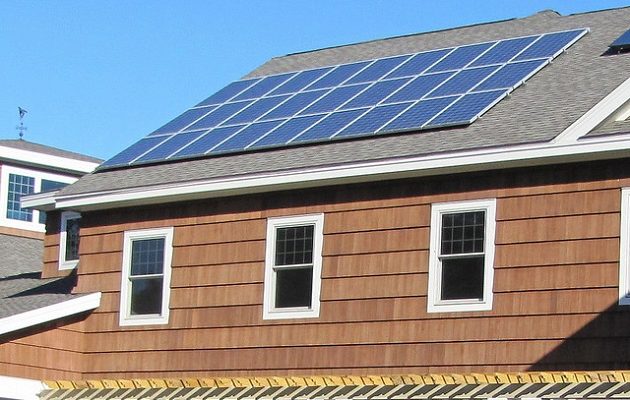 “Clean energy is our future, and Long Island is leading the state in growing our clean tech economy and achieving our climate change goals,” Governor Cuomo said. “The continued success of the solar market is fueled by the economic and environmental benefits of clean energy as we reduce emissions, help residents save on their energy bills, and drive local job growth across the state.”

As part of NY-Sun, the $1 billion initiative launched by Governor Cuomo to advance the solar industry and create jobs, Long Island has led the state in residential solar projects and now saves 200,000 tons of carbon emissions per year – the equivalent of removing 38,000 cars from the road. New York’s statewide solar industry now employs nearly 10,000 workers.

Energy & Finance for New York Chairman Richard Kauffman said, “I’m thrilled to see Long Island demonstrate what is possible through Governor Cuomo’s Reforming the Energy Vision strategy to democratize the production of power and make clean, resilient energy affordable for all New Yorkers. The growth of solar on Long Island is a testament to the role of New York State in building a self-sustaining solar industry to support job growth and protect the environment.”

In 2015, the New York State Energy Research and Development Authority more than doubled the proposed allocation for the Long Island region, from $28 million to $60 million, increased the maximum size of the PV system eligible for incentives from 50 kW to 200 kW, and partnered with PSEG Long Island to implement the NY-Sun initiative throughout the region. NYSERDA is the statewide administrator of NY-Sun, and PSEG Long Island is the local administrator for its customers on Long Island and in the Rockaways.

NYSERDA President and CEO John B. Rhodes said, “Solar growth is surging across the State, and the robust market on Long Island continues to lead the way. Long Island is the first region in New York where residential solar is now self-sustaining, continuing to grow without State subsidies, and we expect other regions will follow their excellent example.”

PSEG Long Island President and COO David Daly said, “PSEG Long Island’s commitment to renewable energy is allowing customers all across Long Island and the Rockaways to save money on their energy bills. Achieving a milestone of this magnitude is due in large part to our customers and the continued innovation in the solar industry.”

Senator Joseph Griffo, Chairman of the Senate Committee on Energy and Telecommunications said, “I am pleased to celebrate the completion of 35,000 solar installations on Long Island. Solar is a significant component of a diversified clean energy portfolio in New York State, and this is an important milestone.”

Assemblywoman Amy Paulin, Chair of the Assembly Committee on Energy said, “Long Island continues to be a leader in solar, as evidenced by the impressive 320 percent growth in solar installations in only four short years. The emissions reductions and renewable energy achieved as a result goes a long way towards meeting New York’s goals, and can serve as a model for the rest of the State.”

Suffolk County Executive Steve Bellone said, “Thirty five thousand residential solar installs on Long Island is certainly something to celebrate and highlight. Not only are we reducing our carbon foot print with this renewable energy source but we are creating jobs and supporting a continually emerging industry.”

Nassau County Executive Edward P. Mangano said, “The State’s Clean Energy initiatives have succeeded in establishing environmental and economic benefits for all Long Island. The use of solar energy projects are a significant factor in making life on Long Island safer, cleaner and more financially viable for the future.”

Renewable Energy Long Island Executive Director Gordian Raacke said, “Solar energy has been a huge success story on Long Island and, given the tremendous solar potential here, this is just the beginning. Governor Cuomo’s bold vision on energy and climate issues has accelerated the transition to renewable energy sources and positioned New York as a national leader on renewable energy.”

Citizens Campaign for the Environment Executive Director Adrienne Esposito said, “The Governor has made a clear commitment in New York to advance renewable energy-and it’s working. Long Islanders understand the devastating effects of climate change and are taking action by investing in rooftop solar. We are changing our energy future one rooftop at a time. As technology and public education advances and government commitment continues, our future looks brighter and more sustainable.”

About Reforming the Energy Vision
Reforming the Energy Vision (REV) is Governor Andrew M. Cuomo’s strategy to lead on climate change and grow New York’s economy. REV is building a cleaner, more resilient and affordable energy system for all New Yorkers by stimulating investment in clean technologies like solar, wind, and energy efficiency, in support of the recently adopted Clean Energy Standard, which requires that 50 percent of the state’s electricity needs be generated from renewable energy by 2030. Already, REV has driven 600 percent growth in the statewide solar market, enabled over 105,000 low-income households to permanently cut their energy bills with energy efficiency, and created thousands of jobs in manufacturing, engineering, and other clean tech sectors. REV is ensuring New York State reduces statewide greenhouse gas emissions 40 percent by 2030 and achieves the internationally-recognized target of reducing emissions 80 percent by 2050. To learn more about REV, including the Governor’s $5 billion investment in clean energy technology and innovation, please visit www.ny.gov/REV4NY and follow us at @Rev4NY. 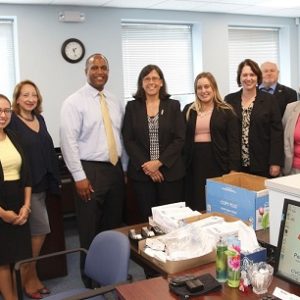