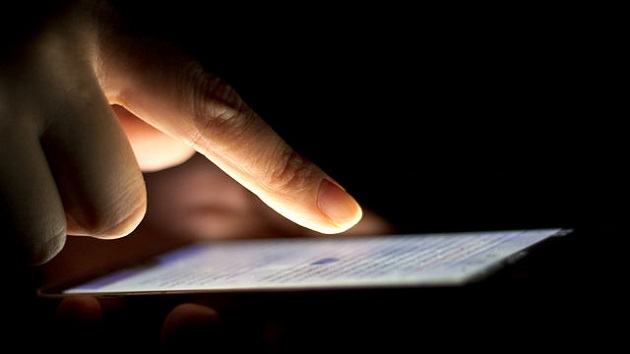 NEW YORK – U.S. Senator Charles E. Schumer today called on the Federal Communications Commission (FCC) to swiftly finalize a list of long-sitting proposals that would finally modernize the Wireless Emergency Alert System (WEA). Last week, following the Chelsea explosion, WEA notifications were sent to millions of New Yorkers to help aid in the search for the suspect while he was on the run. Schumer lamented that the information provided to New Yorkers in the notification was limited because of a 90-character restriction on WEAs that also does not allow for multimedia images or links.

“In light of the need to respond in real time to terror threats, we can’t afford to have an emergency wireless response system that is stuck in the 90’s. The bottom line is that in the era of Instagram, Facebook and SnapChat our Wireless Emergency Alert System needs to get as smart as our phones and be updated so it can deliver photos and other media that has information that can save lives,” said Senator Schumer.

“When it comes to a terrorist or other very dangerous criminal on the run, a picture not only is worth a thousand words, it could save a thousand lives if the right person sees it,” said U.S. Senator Charles Schumer. “We are in an age where sending a photo or video via text is commonplace, yet when it comes to the nation’s Wireless Emergency Alert System our texting capabilities are limited. Last week’s terror threat here in New York highlighted a major weakness in our Wireless Emergency Alert System when millions of New Yorkers were left with no other option but to ‘google’ for more information. To maximize safety, the FCC should quickly update our emergency alert system by increasing the number of maximum characters permitted and allowing for pictures to be attached.”

Schumer said that, in the future, similar notifications should include more details and a photo of the suspect. The FCC has already proposed updating the WEA system by increasing the maximum length of messages from 90 to 360 characters. Schumer today said that WEAs are essential and must be improved. Schumer is calling on the FCC to quickly finalize its proposals and make sure the use of multimedia, including picture images and/or videos, is included in the final rules.

The Wireless Emergency Alert System (WEA) was established through the FCC under the WARN Act. WEA is a public safety notification system which delivers geographically-targeted message alerts reporting imminent threats to safety or life. There are three types of alerts: 1) alerts issued by the President; 2) alerts involving imminent threats to safety or life (i.e.: evacuation orders, shelter-in-place orders, a terrorist threat); and 3) Amber Alerts for abducted children. Alerts are broadcast only from cell towers whose coverage areas best match the emergency zone. The WEAs are not technically text messages. According to the FCC, many providers have chosen to transmit the alerts using a technology that is separate from SMS text messages.

Since 2012, WEAs have typically been used to issue ‘Amber Alerts’ and severe weather warnings. However, there have been several instances in which law enforcement agencies have used WEAs to alert citizens in the wake of a terror threat. In 2013, WEAs were sent to Boston residents warning them to ‘shelter in place’ while the bombing suspects were still at-large. In August, the system was used in Los Angeles to warn residents about a potential active shooter in LAX; this was later deemed a false alarm. Most recently, the alert system was sent to a limited number of cell phone users regarding the Chelsea explosion. That evening, the emergency alert read: “Suspicious package: residents on W 27th b/t 6th and 7th Ave stay away from windows.” The following Monday morning, another WEA was sent to millions of cell phone users in New York City to be on the lookout for the suspect. Schumer noted that this was the first time such an alert had been issued to track the whereabouts of a suspected terrorist. New York City has always been on the cutting edge of using emergency public safety technology. And in 2012, New York City became the first local or state alerting authority in the country to issue a WEA message when ordering the mandatory evacuation of its coastal counties during Hurricane Sandy.

Currently, WEAs are restricted to 90 characters and cannot contain multimedia, like photos or videos. On the morning of September 19th, the New York City Police Department (NYPD) requested that the Office of Emergency Management (OEM) send a WEA to every phone in all five boroughs. The OEM’s alert read: “WANTED: Ahmad Khan Rahami, 28-yr-old male. See media for pic. Call 9-1-1 if seen.” Schumer said that because of the WEA system’s restriction of characters, cell phone users receiving this message were forced to search the internet or access the news for an image of the suspect.

In November, the FCC proposed rules to strengthen the WEA system. Specifically, the notice of proposed rulemaking includes proposals to: 1) increase the maximum length of WEA messages (from 90 to 360 characters); 2) enable alerts to contain embedded phone numbers and URLs to improve message quality and accessibility; 3) create a new class of WEA alerts (“Emergency Government Information”) as a means of sending action-oriented public safety advisories (such as “boil water” messages or information on shelter locations during weather emergencies) to communities; 4) require participating wireless providers to deliver the alerts to more granular geographic areas; and 5) make it easier for state and local authorities to test WEA service and train personnel. The FCC is also seeking comment on the technical feasibility of implementing multilingual and multimedia alerting, including the use of photographs.

Schumer today urged the FCC to finalize its proposed rules as soon as possible so that WEAs are quickly updated and brought into the 21st century. Schumer also urged the FCC to make sure the use of multimedia is included in the finalized rules. Schumer said that WEAs are essential and critical in the effort to keep America safe. Therefore, Schumer said, these notifications should be improved so that cell phone users receive the most comprehensive information available when their safety is potentially at risk.

I understand that the Commission has been reviewing improvements to the Wireless Emergency Alerts (WEA) system (Proceeding 15-91). I am writing today to urge the Commission to consider changes that will modernize the existing system to better reflect the capacity of technology to respond to twenty-first century emergencies.

As you may know, the New York City Department of Emergency Management (NYCEM) has been providing emergency public notifications since 2007. In the face of emerging threats, New York City remains on the cutting edge of using public information systems to advance its emergency services and capabilities in executing high-level safety decisions. In fact, they were the first local or state alerting authority in the country to issue a WEA message ordering the mandatory evacuation of coastal New York communities during Hurricane Sandy. Though this resource has provided great assistance in emergency and terror situations in New York and across the country, much work remains to be done in order to modernize the system and bring it into the twenty-first century.

We saw this issue arise recently, when NYC issued a Wireless Emergency Alert (WEA) regarding Ahmad Khan Rahami, the suspect in the bombings that occurred in New York and New Jersey on September 17th and September 18th. The WEA alert sent by the New York City Police Department (NYPD) detailed information about the suspect, but lacked critical details, such as a photograph, that could help citizens identify him. Because of the WEA system’s outdated infrastructure, the NYPD was limited to 90 characters and could not include identifying photos or videos, or links to more information. Due to the restrictions, cell phone users were forced to search the internet or news for an image of the suspect.

It is clear the WEA system provides immeasurable support to emergency management and law enforcement agencies across the nation. That said, significant improvements must be made in order to allow agencies, such as the NYPD, to fully capitalize on the system. Accordingly, I applaud your efforts to improve the system and I ask you to expedite enhancements, such as extending the character limit to the maximum, allowing the use of multimedia images, and improving locational accuracy, so that citizens can be as informed as possible during times of risk.

I am pleased to provide these comments on the proposed rule and look forward to working with the Commission on initiatives that could strengthen this vital resource. Thank you and I look forward to hearing from you. 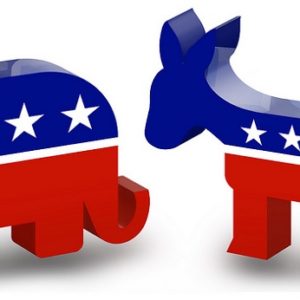 by Michael Adams LONG ISLAND, NY- Brace yourself, debate is coming. The first round of the long-awaited showdown between...