MIAMI, FL- Sunday was a tragic day for the sport of baseball and the city of Miami as a whole. Jose Fernandez, unquestionably one of the best pitchers in the game today, died in a boating accident with two friends early Sunday morning. The boat carrying the three men struck a jetty at full speed, at which point it turned almost totally upside-down.

Fernandez was just 24; he was scheduled to pitch tonight.

Player around the Major Leagues were shocked to hear the news of Fernandez’s sudden passing. The league itself has been in active mourning: teary-eyed tributes and offerings of condolence have been the order of the day. Yoenis Cespedes and Yasiel Puig taped a jersey of their departed countryman in their respective dugouts. David Ortiz brought his retirement ceremony to a halt during his final game at Tropicana Field, declining to celebrate out of respect to his friend.

Jose, you will forever be missed. My prayers are with your family. Thank you for everything. May you rest in peace. pic.twitter.com/5JfFsZVTWR

I dont have the words to describe the pain feel for the loss of my friend Jose. Goodbye, my friend. pic.twitter.com/xvaa5z62RW

The Miami Marlins plan to honor their fallen friend and teammate by wearing Fernandez’s number 16 jersey for their game against the Mets Monday night.

The death of Jose Fernandez has sent an especially painful shockwave of grief through the city of Miami. Far more than the loss of a star player, Miami’s Cuban community has lost a magnetic charisma, a sense of pride, a symbol of hope that the people of their suffering nation can fulfill their dreams. Fernandez defected in 2008, at the age of 18. His successful escape followed three failed attempts, each of which the government chose to answer with a prison sentence. Fernandez made it to Mexico on a boat with his mother after a lifetime spent in struggle, enduring at a young age hardships most of us can seldom comprehend.

Fernandez nearly lost his mother in the process of defecting when she fell into the waters of the Gulf of Mexico after their boat hit a series of violent waves. Without hesitation, her son jumped in after her, and managed to get both of them back on board. He did not realize it was his mother he had saved until after he was already in the water.

Jose Fernandez spent a year in a Cuban prison for trying to escape. On his successful trip to America, he saved his mother from drowning. pic.twitter.com/YdGOCfPXqp

Everybody who knew Jose Fernandez can testify that the man was an infinitely better human being than he was a baseball player, which is really saying something. While most people would buckle under the pressure of supporting an entire community of people at such a young age, Fernandez didn’t just step up to the plate, he did it with a smile. Always with a smile.

An emotional Dan Le Batard tried to give the country an idea of the impact Fernandez had on his compatriots in Miami and around the United States when he spoke on Sportscenter following news of his death. “The way that he played,” Le Batard began, “it felt like Hispanic music. The way that he played was ethnic, it was flamboyant, it was colorful. What you would get on the days that he pitched is kind of a pilgrimage of people who identified with his story.” After years of disappointment had embittered Le Batard’s mother to the Marlins franchise as a whole, he noted with misty eyes how she would want to come to the ballpark just to see Fernandez pitch. Le Batard went on to write a beautiful article further explaining Fernandez’s impact on his city, his country, and the sport he loved.

The next few weeks will bring investigations and autopsies, which will no doubt raise unsettling questions as to the ultimate cause of the boat crash on Sunday morning. Given the meteoric light that was at the center of all Jose Fernandez had ever done, however, it is nearly impossible to imagine anything coming forth that could actually taint his sanguine legacy. The world will remember the Marlins’ ace for his work, for his smile, and for the strength and resiliency he embodied every time he took the mound. He will truly be missed. 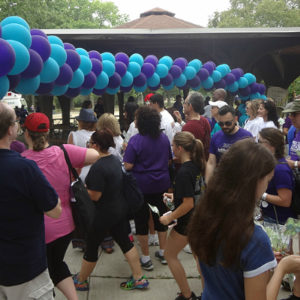