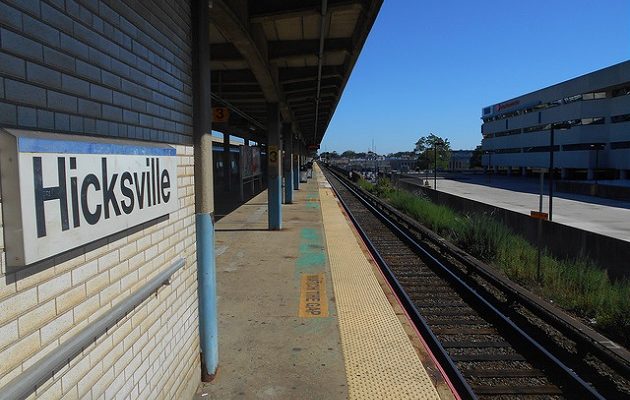 NEW YORK – Governor Andrew M. Cuomo today announced major capital investments to improve two key stations on the Long Island Rail Road’s 40-mile spine between Jamaica and Ronkonkoma. Work has begun on a $121 million initiative to rebuild, reimagine and modernize the Hicksville station, the busiest station on Long Island. In addition, the LIRR has awarded a $64.9 million contract to create a new platform and tracks at the Jamaica station, the LIRR’s central hub and main transfer point. Renderings of the Hicksville project are available here and of the Jamaica project here.

“Revamping these two heavily trafficked transportation hubs will provide better, faster and more reliable train service for Long Island Rail Road riders,” Governor Cuomo said. “Time and time again, transportation investment has a ripple effect of progress and economic growth on the surrounding community. These projects are part of this administration’s aggressive and comprehensive plan to revamp the state’s infrastructure and are two more reasons why New York is Built to Lead.”

The new platform and tracks at Jamaica station will allow the LIRR to more easily re-route trains, take tracks out of service and support supplemental train service to and from Atlantic Terminal for customers attending games and events at the Barclays Center. The new platform will also feature glass-enclosed, heated waiting areas, as well as Wi-Fi and USB charging stations allowing customers to stay connected and charge their phones while they wait for the train. In addition, New York-based artist James Little will create brightly colored art glass installations on the station’s westerly bridge, and also on the stairs leading from the new station platform to the AirTrain mezzanine.

MTA Chairman and CEO Thomas F. Prendergast said, “More tracks and platforms mean fewer delays. This award for Phase I of the project, which is funded by the Capital Plan, is great news. It will help speed up what LIRR customers have come to call ‘the Jamaica Crawl,’ introduce new services such as Wi-Fi and USB charging stations, and build on our ongoing commitment to renew, enhance and expand every aspect of the MTA.”

The project is one element of the Jamaica Capacity Improvements Project which will modernize Jamaica Station infrastructure, which was built in 1913. The work will streamline track configurations, which have remained largely unchanged since the station was built, and speed service. The project began in 2010 and is being carried out in two phases with a projected investment of $442 million by the end of 2019. Funding for Phase I of the project comes from a combination of the MTA’s 2010-2014 capital plan and the 2015-2019 plan.

The new platform at Jamaica, slated to open in 2019, is one in a series of the LIRR system-wide capacity improvement projects, which also include an uninterrupted second track between Farmingdale and Ronkonkoma, and a third track on the Main Line from Floral Park to Hicksville, as well as the East Side Access project to bring LIRR trains into Grand Central Terminal. Once East Side Access is complete, the new platform at Jamaica station will dramatically enhance service between Atlantic Terminal in Brooklyn and Jamaica Station, enabling shuttle trains to depart every 7½ minutes during rush hour and every 15 minutes during off-peak hours, which will provide a significantly higher level of service than that available under current timetables.

Congressman Gregory W. Meeks said, “We continue to invest in the upkeep and rehabilitation of critical transportation and infrastructure, guaranteeing a more efficient commute for thousands of New Yorkers. The Hicksville and Jamaica station hubs are two of the busiest locations in the state, and these updates will not only enable us to provide more frequent train service, but dramatically improve the travel experience for our riders, overall. I look forward to the progress of this project, and thank Governor Cuomo for his commitment to this issue.”

Senator James Sanders Jr. said, “Transportation is key to ensuring access to jobs, education and more. The improvements at Hicksville and Jamaica stations are a positive step forward in helping commuters reach their destinations quickly and safely. I applaud the Governor’s commitment to these projects and look forward to celebrating their completion.”

Senator Leroy Comrie said, “The LIRR is a critical transportation artery and yet many of its facilities desperately need to be modernized. Thanks to Governor Cuomo, the state is undertaking a massive effort to completely transform two of the most important stations as part of his vision for transportation revitalization in New York. While I was able to allocate $300,000 for infrastructure improvements at LIRR stations, it is my hope that Governor Cuomo will continue to support my effort to see improvements at all of the stations in the 14th Senatorial District.”

Assemblywoman Vivian E. Cook said, “Thanks to the Governor’s continued support of the MTA, the renovation of the Jamaica LIRR station will revitalize our aging infrastructure and improve the passenger experience. This project will overhaul the station for an easier, more reliable commute for riders every day of the week. This is the next step in the continued revitalization and transformation of Jamaica and the project will have a ripple effect of positive impacts for the entire region.”

Queens Borough President Melinda Katz said, “These projects are yet another example of Governor Cuomo’s commitment to strengthening New York’s infrastructure. The Jamaica Station project in particular will help make traveling easier and more convenient for both Queens residents and for the many visitors who transfer to the Long Island Rail Road at Jamaica after they take the AirTrain from JFK Airport. Important transportation projects like these will help guarantee that Queens will enjoy prosperity and an increased quality of life for many decades to come.”

Sixteen miles east of Jamaica, work has begun on another project – a $121 million modernization of the Long Island Rail Road’s aging Hicksville station, and the preparation of an adjacent site where the railroad will build a new connection to an existing siding west of the station.

The upgrades to the 55 year old station include Wi-Fi and USB charging stations throughout the station; an enhanced interior waiting room; new platforms with glass-enclosed, heated waiting rooms; improved lighting; a translucent canopy roof; improved stairways, escalators, plaza elevators, a video security system, audio and digital communications systems and better signage. The renovated station will also include new laminated art glass installations by New York-based artist Roy Nicholson, who designed the mosaic tile art work in the station ticket office in 2001. With construction beginning this month, the station work is expected to be completed by the spring of 2018.

At the direction of Governor Cuomo, the construction timeframe was reduced to 22 months, 13 months sooner than originally planned. The Hicksville project is one of a number of LIRR projects covered by an innovative 2013 Project Labor Agreement between the LIRR and the Buildings and Construction Trades Council of Nassau and Suffolk that has helped reduce construction costs by 10%. The project is supported by the MTA Capital Program.

Kevin S. Law, President and CEO of the Long Island Association said, “The modernization and expansion of the Long Island Rail Road is critical to the economic growth of our region and thus we commend Governor Cuomo’s historic investments in infrastructure projects like the Third Track and Double Track, as well as the reconstruction of a brand new LIRR station at one of our busiest hubs in Hicksville.”

Senator Jack M. Martins said, “I am pleased to work with Governor Cuomo to rebuild and revitalize the Hicksville station. With better waiting areas, new platforms and more efficient service, these upgrades will transform the LIRR’s most utilized station for the better. This project will make commuting easier for the thousands of residents who use the Hicksville Train Station each day.”

Assemblyman Michael Montesano said, “Hicksville is the busiest station on Long Island, so it is in need of a 21st century upgrade. The improvements to the Hicksville station will streamline the daily lives of thousands of commuters and provide for a better travel experience for everyone. Under Governor Cuomo’s leadership, these strategic transportation infrastructure investments support the economic growth and strength of our communities and Long Island as a whole.”

The efforts to improve Jamaica and Hicksville Stations are among a number of projects designed to improve LIRR service on the busy, central spine of the railroad, a 40-mile corridor from Ronkonkoma, through Hicksville, to Jamaica. These projects include infrastructure renewal, the purchase of new trains, the expansion of the train storage yard in Ronkonkoma, the addition of pocket tracks along the Port Washington and Babylon Branches, the addition of a second track in Suffolk County and a proposed project to add a third track in Nassau County. 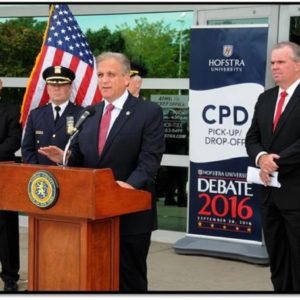