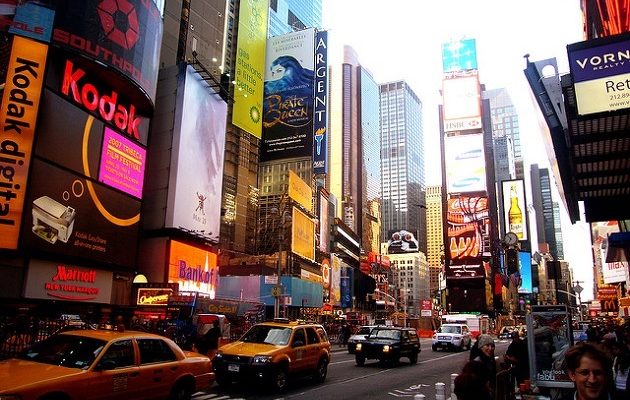 Less than two full days after a bombing in Manhattan’s Chelsea neighborhood injured 29 people Saturday night, police have reported their primary suspect is in custody.

That suspect, Ahmad Khan Rahami, 28, was taken in after being wounded in a gunfight with police in the town of Linden, New Jersey. According to Linden police, the shootout began when an officer found Rahami sleeping in the doorway of a bar and noticed he resembled a wanted poster put out after the bombing in Manhattan. Rahami shot the officer in the abdomen with a pistol after he was ordered to put his hands up, but only hit the man’s bulletproof vest. The officer returned fire, and after being joined by backup, managed to arrest Rahami within half an hour. He has been charged with five counts of attempted murder.

At least for the time being, the arrest of Rahami will provide much-needed relief for the rest of the country. In stark contrast to the general demeanor, New Yorkers themselves remain almost completely unfazed, demonstrating more of the trademark indifference that has drawn the city ire and admiration in equal portions.

A woman told me she and her friends were 3 blocks away when they “heard a huge commotion.”

Now they’re trying to find a new bar to go to.

People calling into NY1 who were on the block when the explosion happened? Full NYC calm. “I heard the explosion, then went to the deli.”

A federal investigation is underway to determine the motivation behind the bombing, as well as what help—if any—Rahami might have received in carrying out these acts of terrorism. Both FBI Assistant Director William Sweeny and newly appointed NYPD Commissioner James O’Neill have told reporters there is no evidence indicating Rahami was affiliated with any larger organizations, or that he is part of an active cell in the New York City area. Even if that proves to be true, it doesn’t necessarily rule out a tangential connection to ISIS or Al-Qaeda.

Rahami was born in Afghanistan, but moved to the US with his family as a young boy. He worked in a fried chicken restaurant with his family in Elizabeth, New Jersey, living with them in the apartment above their establishment. His friends called him “Mad,” allegedly in reference to his name rather than his personality, and knew him for years as a man who liked to race and gave generously of his food.

Recently though, his demeanor had shifted, friends and family began to notice a dramatic change in Rahami after he made a trip to his ancestral home a few years ago. He came back with a beard, a fondness for traditional Muslim clothes, and a religious devotion that made those close to him look at the man as a “completely different person.” Rahami’s father Mohammad had spent his younger years fighting Soviet occupation as a member of the Mujahedeen, but holds no ill will towards the West, and despises both ISIS and the Taliban. His store is up for sale, and his family has been the target of discrimination ever since the bombings. His son was found with a notebook that glorified the killing of “nonbelievers,” and made reference to both the Boston bombers and deceased Al-Qaeda recruiter Anwar Al-Awlaki, a US citizen killed by a drone strike at in Yemen the end of 2011. It is hard to imagine the sorrow of a family whose child has strayed so far onto the path of evil.

The mention of Al-Awlaki’s name in Rahami’s personal notes points a spotlight at the troubling way that the information age has allowed radical sentiment to spread around the world to any receptive listeners. Al-Awlaki is best known for a series of YouTube videos that have inspired the radicalization of countless people around the world, gaining a visibility that led Saudi news station Al Arabiya to declare him the “bin Laden of the internet.” If Rahami was just another drone left in the wake of Al-Awlaki’s death, it means the tendrils of Al-Qaeda could have led to these bombings without a single hint of physical contact between catalyst and perpetrator. In recent years, this phenomenon of vicarious radicalization has become the norm rather than the exception, and stands as one of the darkest features of the new millennium.

As of now, there is no telling what the impact the explosions in Manhattan and New Jersey will have on the larger War on Terror. Apart from the usual jockeying of politicians trying to spin human suffering for personal gain, not much in the way of new developments have come since the announcement of Rahami’s arrest.

Thankfully, officers Angel Padilla and Peter Hammer—both of whom were wounded during the shootout in Linden—seem poised to make full recoveries, and every bombing victim admitted to the hospital has been released. The only thing left to do is pray for those who came in harm’s way, and hope no more violence comes to a city that has seen far more than its fair share. 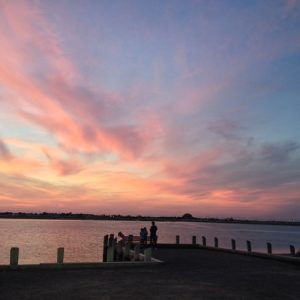