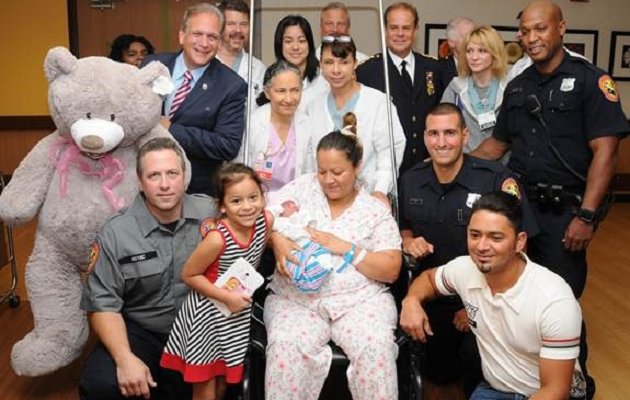 NEW YORK – Nassau County Executive Edward P. Mangano today honored a Nassau County Police Medic and two Nassau County Police Officers for their heroic actions in delivering and saving the life of a newborn baby. On September 12th at 1:30pm, First Precinct Police Officers responded to a Henry Street residence for a call of a pregnant 32 year old woman unable to walk and in pain. Upon arrival the First Precinct Police Officers Darnell White and Nicholas Dux assisted Police Medic Brian Matthews with transporting the woman into the ambulance. Once inside, Police Medic Matthews determined the woman’s water had broken. The baby’s head was being presented with the umbilical cord wrapped around the baby’s neck causing the baby to turn blue. Police Medic Matthews was able to remove the umbilical cord and complete the delivery of a healthy baby girl in the back of the ambulance. With the assistance of the First Precinct police the baby was transported to a local area hospital. The mother and baby are doing fine.

County Executive Mangano stated, “I commend Police Medic Brian Matthews on his emergency response. His heroic actions, along with that of Police Officers Darnell White and Nicholas Dux, saved the life of baby Ailish. We couldn’t be more proud of these fine public servants.” 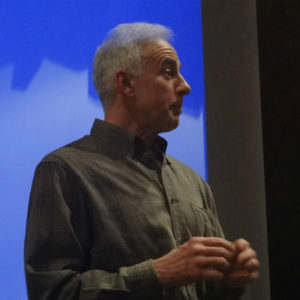 Local author Lee McAllister talks about the best areas to hike in his best-selling book (Long Island, NY) When someone...