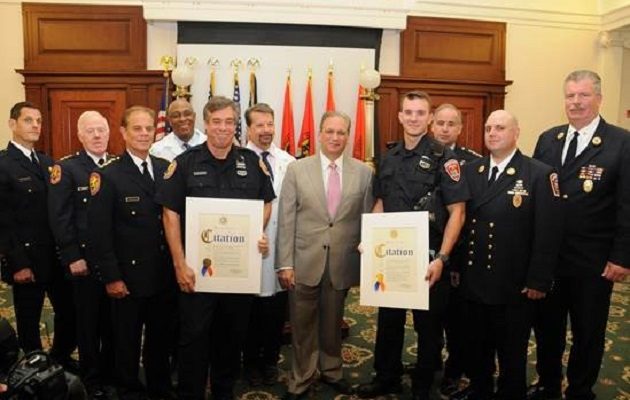 NEW YORK – Nassau County Executive Edward P. Mangano yesterday honored two off-duty police officers as “heroes,” after they rescued several residents from an early morning fire that quickly spread through their Freeport home. The officers first entered the burning building, guiding five of the occupants to safety, and then went back in, without fire gear, to rescue a 90-year old woman who had fallen and injured herself trying to escape. By that time, the thickened smoke in the home forced the officers to crawl along the floor to reach the injured woman and carry her outside to safety. Seven people, including the 2 officers, were transported to NUMC for smoke inhalation and carbon monoxide exposure and the 90 year old woman remains in NUMC’s surgical intensive care unit. The youngest occupant was 13 years old.

Nassau County Police Officer Gary Boulanger and Freeport Police Officer Corey Cooke were on their way to their respective jobs this morning, each driving down Atlantic Avenue when they saw heavy smoke from a residence at about 6:30am. Each officer called 911 as they headed toward the burning building – both saying they didn’t stop to think about their personal well-being, they just acted.

“We honor an act of heroism by our police,” County Executive Mangano said. “The brave actions of these men today make me proud, not only as County Executive, but as a resident. Our police and firefighters continue to put their lives on the line for fellow residents and we thank them all for their service and dedication to our communities.”

County Executive Mangano also thanked the responding volunteer firefighters from Freeport, Oceanside, Baldwin, North Merrick and Bellmore-Merrick—who responded to the scene as well as EMS and ambulance crews. Cooke is also a member of the Freeport Volunteer Fire Department. Investigators believe the fire began on the rear deck of the single-family home and extended “rapidly into the house.” The cause of the fire remains undetermined, but does not appear suspicious. 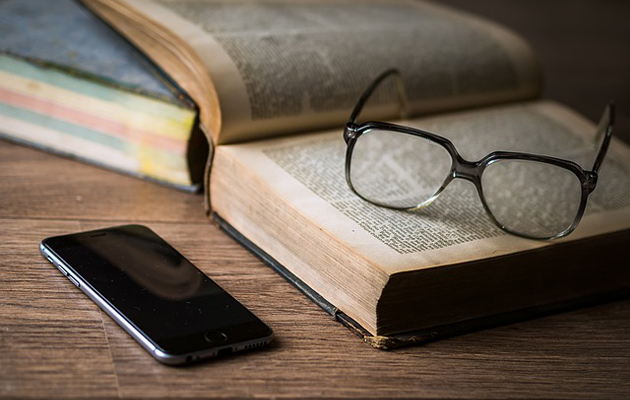 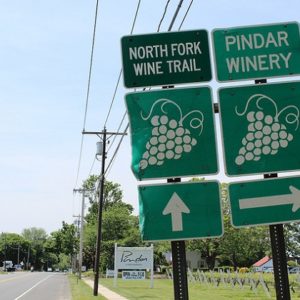