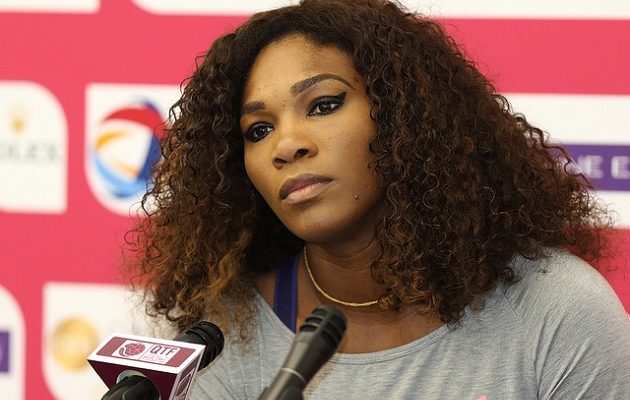 US Open Upset: Serena Williams Bounced in Semifinals, Loses No. 1 Ranking to Kerber

The word “legend” conjures up images of something long gone, or at least long past its prime. Dan Marino might be considered a living legend in football, and he’s spent these last few years shilling dietary programs to anyone who would listen. There might be dignity in the status of a living legend, but these old sports figures certainly aren’t relevant anymore, and they certainly haven’t inspired fear in any opponents.

Serena Williams comes from a different breed. At 34, she’s already a handful of years into what her sport considers “old.” Most of her contemporaries—save Roger Federer and her sister Venus—have slipped into the title of “former tennis player.” She regularly competes against women more than 10 years her junior. And still, despite all logic, Serena continues to dominate her sport. She won Wimbledon just a few months ago, tying her with Steffi Graff as the most decorated player of the Open Era, and has made an appearance in the final round of every major held this year. Her power and presence are as refined as ever, and still well beyond that of any other living legend in the sports world. A more appropriate term to describe her might be something like “freak of nature,” or “monster.”

Taking all of this into consideration, the fact she was favorited to win the US Open is astonishing, but not nearly as much as the fact she didn’t even make it to the finals. Serena Williams exited her hometown major on Thursday night after being defeated in straight sets by Czech Karolína Plíšková, currently the 6th ranked tennis player in the world. Plíšková played in her first Grand Slam tournament just four years ago, and was 3 when Serena turned pro in 1995. 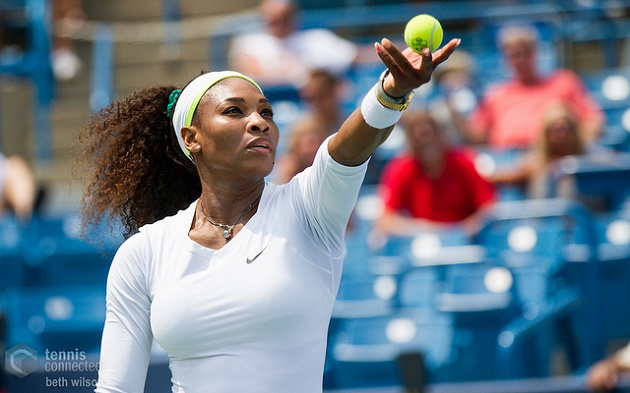 Serena Williams Preparing to Serve During a Match in 2012, Source: Mirsasha

Facing a woman on the other side of the net who was playing the biggest match of her career, Serena just didn’t look like her usual self. Her left knee was noticeably hampered following a drawn out battle with Simona Halep just the day before, and afterwards the former No. 1 admitted she was playing through an injury. That injury weakened Serena’s serving game enough that she managed only 5 aces throughout the match, after registering an ungodly 18 in the quarterfinals. Williams also committed 31 unforced errors, and generally looked like anything but the monster we’ve come to expect on these grand stages.

Following a display of power that gave the impression she stole her opponent’s soul, Karolína Plíšková will advance to face Angelique Kerber in the finals on Saturday. By way of schadenfreude and a semifinal defeat of Caroline Wozniacki, Kerber will assume Serena’s place at the top of the world tennis rankings when the new list comes out on Tuesday. Kerber’s career year in 2016 has equaled Serena’s on paper; she won the Australian Open and advanced to the finals in both London and Forrest Hills.

While Kerber and the whole world were denied a rematch of the Wimbledon Finals on the 10th, the German still sounds elated about her new spot as world number one. “For me it’s amazing to be, after Steffi, the number one player from Germany,” said Kerber, referencing the same Steffi Graff who Serena Williams had just tied for most consecutive weeks atop the world rankings. That 186 week mark translates to three-and-a-half years of unchallenged supremacy, and brings with it the mind numbing notion that Serena’s reign just came to an end.

Surely, once she regains her health, the younger Williams sister will be back to her old form, but her next run will come with the ever-present truth that her time in the limelight is running out. The world may have only a year or two more before we reach the era of “former tennis player” Serena Williams, and it’s time to appreciate her mastery of the sport now, lest we risk never truly appreciating it at all.

Featured Image: Serena Williams During a Press Conference in Doha in 2013, Source: Doha Stadium Plus Qatar 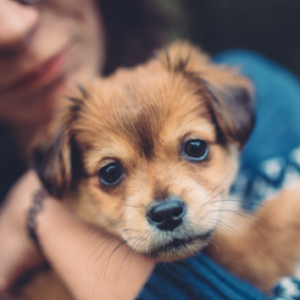