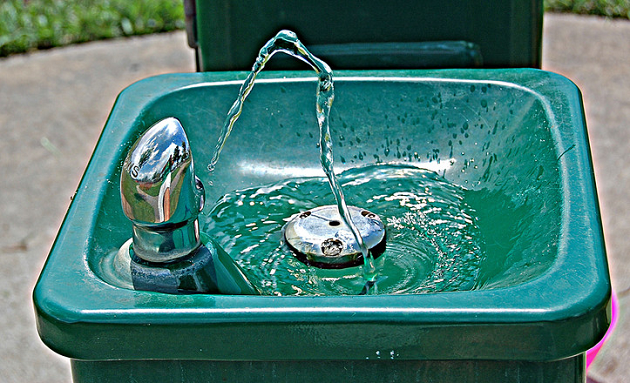 NEW YORK – Governor Andrew M. Cuomo today signed landmark legislation (S.8158/A.10740) mandating that schools across the state test drinking water for lead contamination. Lead is a toxic material that is extremely harmful to young children and can result in lowered IQ, behavioral problems and brain damage. The state Department of Health also issued emergency regulations pursuant to the new legislation, requiring that school districts test their water for lead contamination by Oct. 31, 2016 and report results to parents, the state Department of Health and local government officials. These new regulations will reduce the risk for exposure to this dangerous substance and ensure all New York’s students have access to clean, drinkable water.

“These rigorous new protections for New York’s children include the toughest lead contamination testing standards in the nation, and provide clear guidance to schools on when and how they should test their water,” Governor Cuomo said. “As children begin another school year, I’m proud to sign this legislation, which marks a major step forward in protecting the public health and ensuring the future growth and success of students across the state.”

“We know how harmful lead can be to the health and well-being of young children, and that’s why the Senate insisted on testing school water for lead. As a result, New York becomes the first state in the nation to perform this testing and protect millions of its students from potential health risks,” Senate Majority Leader John Flanagan said. “I’d like to truly thank Senator O’Mara, Chairman of the Senate Environmental Conservation Committee, who has worked tirelessly on this critically important measure, along with Governor Cuomo and our partners in the Assembly, for coming together to ensure New York does everything possible to ensure safe and clean water for schoolchildren all across this state.”

“This bill is fundamental to ensuring that our school children have access to drinking water that meets the highest health and safety standards,” Assembly Speaker Carl Heastie said. “This testing requirement is long overdue and will allow schools to address any issues that exist in their water systems and buildings to give parents, students and faculty the peace of mind they deserve. I want to thank my Assembly Majority colleagues, especially Education Chair Cathy Nolan and Children and Families Chair Donna Lupardo, for their leadership on this critical issue.”

“Thank you to Governor Cuomo for signing this critical legislation into law. It’s a landmark achievement and we’re hopeful that this action in New York will lead to action in other states to protect children,” Senator Tom O’Mara, Chairman of the Senate Environmental Conservation Committee, said. “Assemblywoman Lupardo and I have valued the opportunity to work closely with the New York League of Conservation Voters and a broad coalition of public health, environment, and healthy schools advocacy groups to secure the law’s enactment. We believe it represents the most critical foundation on which to build future actions. There’s not a more important place to start this overall and ongoing effort to better address lead contamination than within our schools to protect our children.”

“I want to thank the Governor for working closely with us to pass this important legislation requiring schools to test their drinking water for lead,” Assemblywoman Donna Lupardo, Chair of the Assembly Children and Families Committee, said. “All of the stakeholders came together to ensure that no child will have unsafe levels of lead in their school drinking water and that school districts will not face an undue financial burden. As a result of this legislation, the test results will be made public and every parent and teacher will know what is in their children’s drinking water.”

“With this new law and accompanying regulations, New York is taking a monumental step forward toward protecting our children from lead, which can cause devastating and lifelong consequences to those who have been exposed,” said Commissioner of Health Dr. Howard Zucker. “We look forward to working with our state’s schools to ensuring that their drinking water is safe from lead.”

Previously, schools in New York were not required to test their drinking water for lead, or notify parents or government officials of results. Testing was voluntary and administered by the federal Environmental Protection Agency. This method of voluntary testing without enforceable standards has demonstrated the clear need for direction by the state to New York schools on when, what and how to sample drinking water for lead.

This new legislation requires all school districts in New York State to test potable water for lead contamination, and to develop and implement a lead remediation plan where necessary.

Pursuant to the accompanying regulations, samples collected must be 250 ml and taken from a cold water outlet where the water has been motionless in the pipes for a minimum of 8 hours but not more than 18 hours.

By September 30, 2016, all school buildings serving children in pre-kindergarten through grade five must collect a sample from each identified sampling location for testing. Any schools serving children in grades six through twelve that are not also serving children in younger grades must complete collection of samples by October 31, 2016. For new schools which begin operations after the effective date of this regulation, initial samples must be performed prior to occupancy.

Under the regulations, schools are required to report all lead test results to the state Department of Health via a designated statewide electronic reporting system. If lead levels are detected above 15 parts per billion at any potable water outlet, the school must discontinue use of that outlet, implement a lead remediation plan to mitigate the lead level, and provide building occupants with an adequate alternate supply of water for cooking and drinking.

Schools must report the exceedance to the local health department within one business day. Test results must also be provided in writing to all staff and parents no more than 10 business days after receiving the report. Schools must post the results of all lead testing and any remediation plans on its website as soon as possible but no more than six weeks after the school received the laboratory reports. Once test results indicate that lead levels are below the action level, schools may resume use of the water outlet.

For schools that performed testing and remediation at buildings after January 1, 2015, and that complies with these regulations, those buildings do not need to be retested. Schools may also be eligible for a waiver for testing school buildings, if the school can demonstrate that they performed testing and remediation that substantially complies with the regulations, and that lead levels in the building’s potable water are below the action level.

Schools will be required to collect samples every five years, at a minimum, after the initial testing or at a time determined by the Commissioner of Health. All samples will be analyzed by a lab approved by the Department’s Environmental Laboratory Approval Program.

Although laws now limit the amount of lead in new plumbing equipment, materials installed before 1986 may contain significant amounts of lead. Federal laws in 1986 required that only “lead-free” materials be used in new plumbing and plumbing fixtures but still allowed certain fixtures with up to 8 percent lead to be labeled “lead free.” Amendments to the Safe Drinking Water Act in 2011 appropriately redefined the meaning of “lead free.” Even so, it’s possible that older plumbing may leach lead into the drinking water.

Facilities such as schools, which typically have intermittent water use patterns, are more likely to have elevated levels of lead due to prolonged water contact with plumbing materials. This source is increasingly being recognized across the nation as a contribution to a child’s overall lead exposure.

State of Lawlessness in Philippines after Bombing of Davao City, President Duerte to Abu Sayyaf: “I Will Eat You Alive.” 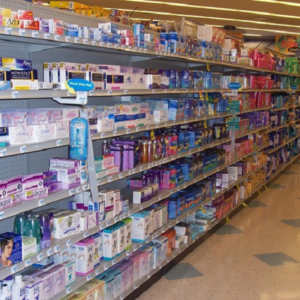