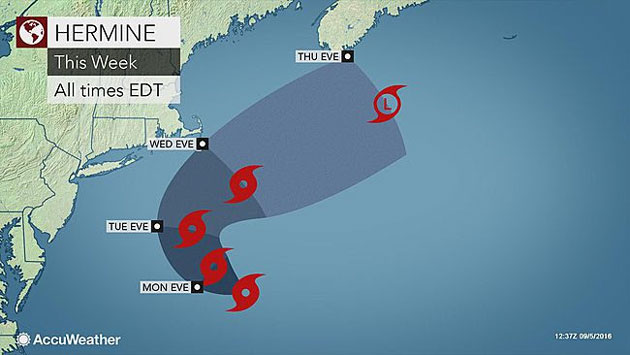 AccuWeather: Hermine Spinning Toward Long Island; Could Down Trees, Cause Property Damage, Power Outages, Before Turning out to Sea

NEW YORK, NY – AccuWeather reports  as Hermine spins closer to land, beach erosion, coastal flooding and rough seas will continue from the mid-Atlantic to southern New England into the middle of the week.

Hermine will travel northwestward into Tuesday night before turning out to sea and weakening during Wednesday and Thursday.

While the storm will remain offshore, heavy surf and seas will continue to create dangerous conditions in and on the water.

Large, pounding waves and frequent, strong rip currents will be the main threats to anyone spending time on coastal areas.

Conditions will make waters dangerous for small craft and could be troublesome for large ships as well.

Bathers and boaters should heed all official restrictions as they are issued to not put yourself or others in danger. 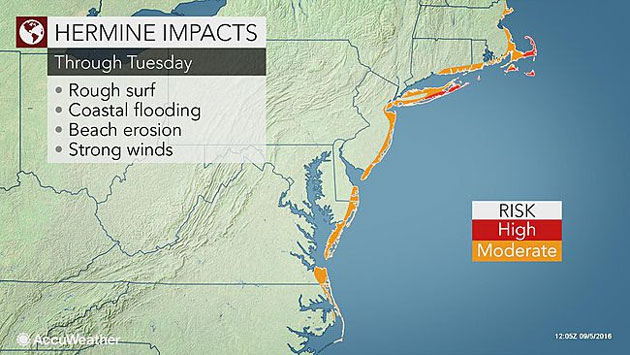 The strongest winds will remain offshore in all but Cape Cod, Martha’s Vineyard and Nantucket, Massachusetts, but enough wind will be present to cause beach erosion and flooding at times of high tide.

Winds and coastal flooding problems will increase as the storm moves closer to the coast for a time.

The flooding will not be restricted to areas directly exposed to the Atlantic, but also on some of the back bays.

“While the flood threat isn’t as great for the New Jersey coast as it once appeared, it is possible that the back sides of the barrier islands will have worse flooding than the ocean-facing sides,” AccuWeather Senior Meteorologist John Feerick said. “Water will pile into the back bays from the inlets and will not be able to escape, then you will have more water piling in during the next high tide.”

Rain will spread in from the ocean across Rhode Island and the eastern parts of Massachusetts, Connecticut and Long Island, New York. 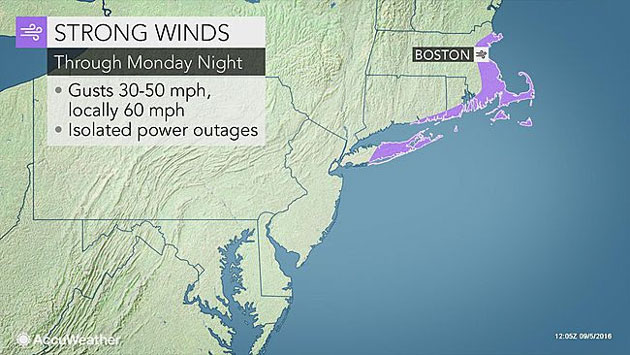 The worst conditions through Wednesday night will be in southeastern New England and SpGusts could down trees, cause property damage and power outages.

As Hermine heads out to sea later in the week, heat will build across the region.

Continue to check with AccuWeather.com for the latest weather details. This entire weather report, including quotes and images, with exception only to its title, are brought to you courtesy of AccuWeather.com. 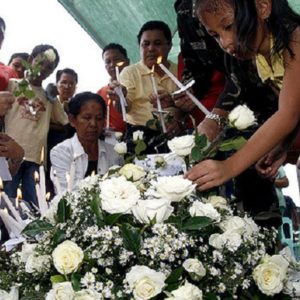 by Michael Adams DAVAO CITY, PH- An explosion devastated a nighttime marketplace in Davao City, an urban center of more...