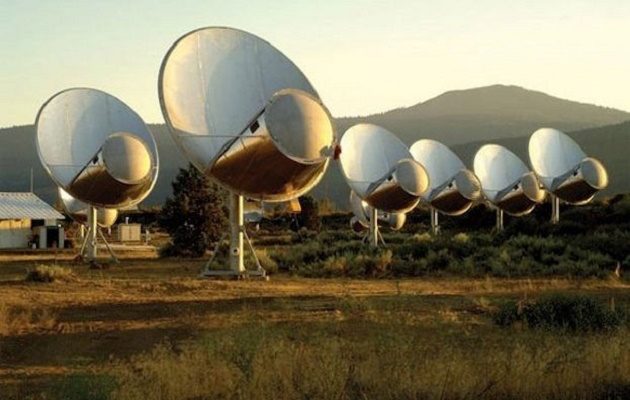 The shot heard around the world of astronomy—a signal investigated by the SETI institute on the chance it was alien in origin—has proven to be merely the latest in a long line of false alarms. The origin of the “interesting” radio activity first reported earlier this week wasn’t ET or the Klingons, it was a Russian military satellite.

Though the news only broke around Monday, the signal in question was actually detected back in May of 2015, by Russia’s RATAN-600 radio telescope. This brief spike in activity, which the Search for Extraterrestrial Intelligence cautiously deemed “interesting,” appeared to have come from the HD164595 star system in the constellation Hercules, more than 94 lightyears from home.

Astrobiologists waited with baited breath, some going so far as to draw comparisons to the famous “Wow!” signal detected in 1977, which has gone unexplained despite decades of attempts to abate the mystery. Certainly, however, the revelation of the signal’s earthly origins doesn’t come as a surprise to anyone acquainted with the hunt for evidence of aliens. According to SETI’s website, more than 100 separate signal searches have been undertaken by astronomers, with the institute’s efforts ranking as just one more. To date, no definitive evidence exists to prove that any of the data collected in the searches have come from extraterrestrial life trying to send a message.

SETI itself seemed cynical when speaking about the chances that the RATAN-600 had finally made the breakthrough in their line of work. They had good reason to be. For one, news of the signal was kept under wraps for more than a year, primarily because the Russians themselves doubted they were picking up an alien broadcast. Not only was the signal a one-time occurrence—instead of the sort of repeated-pattern one might expect from a sentient source trying to communicate—it was detected at a wavelength of 2.4 centimeters….and an 11GHz frequency band. For a signal from nearly 100 lightyears away to reach Earth with that sort of power, it would mean some great galactic empire probably just test-fired a Death Star. Assume the signal is man-made, and suddenly there are literally thousands of possible origins, all of which are far more probable. 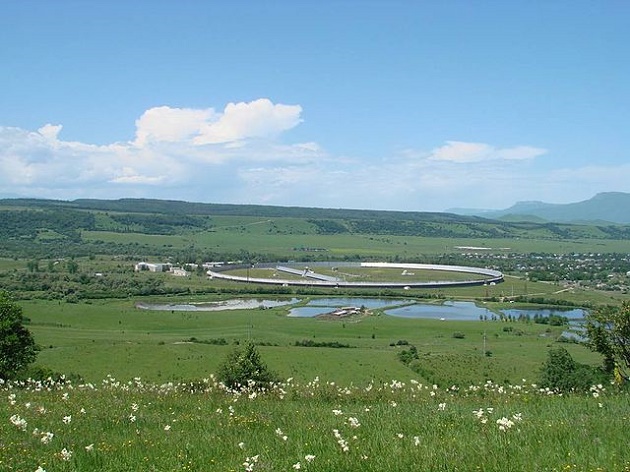 Far more relevant to the world than the signal itself might be the satellite that sent it. Russian satellites account for 1,324 of the 2,271 man-made satellites known to be in orbit around Earth. Russia’s satellite presence is by far the largest of any one nation, and is more than double that of the US’s comparatively paltry fleet of 658. The amount of documented junk in the Earth’s orbit, useful or otherwise, is staggering when considering we’ve had less than 60 years to get all of it up there. The condition of low-Earth orbit has deteriorated to the point where space junk interfering with satellite output is a daily reality. Still, despite all the efforts made to discover just how badly the lanes are congested, nobody outside Russia knew of the existence of this military satellite. While this is just business as usual for military intelligence, it represents a significant embarrassment for a country that has dangled the threat of revealing the location of clandestine American satellites as a bargaining chip since the beginning of the summer.

So here we are once again. After a week of excitement from the public, the search for the Federation has once more proven futile, causing nothing but a diplomatic nosebleed. The one encouraging portion of the story might actually be SETI’s pessimism about the whole affair. Through decades of disappointment, and the occasional fervor, the Search for Extraterrestrial Intelligence has continued to live up to its name, and won’t stop anytime soon just because a few people feel bad. With no intentions of leaving any stone unturned, the day may yet come where one of these interesting signals turns out to be the harbinger of the most significant moment in human history. 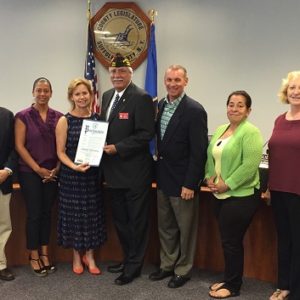