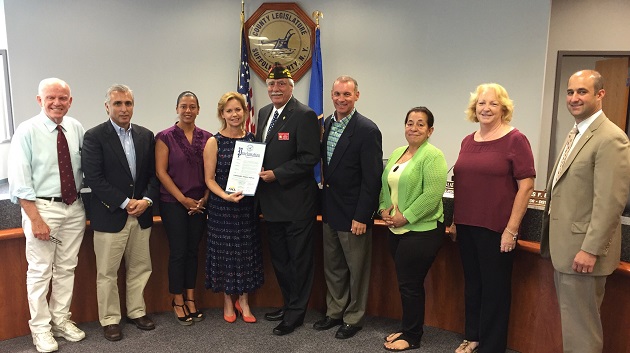 NEW YORK – On Tuesday, August 31st, 2016, the Suffolk County Veterans Committee honored Dennis Sullivan, who was recently inducted as the Commander of the Veterans of Foreign Wars Department of New York. Commander Sullivan attended the committee meeting in Riverhead with his wife, Theresa, where Suffolk County Legislator Sarah Anker had the honor of presenting him with a proclamation.

“Commander Sullivan is a compassionate individual who is dedicated to assisting his fellow veterans,” said Legislator Anker. “Since his military service, he has worked diligently to assist veterans in Suffolk County and across New York State. We thank him for his continued service and look forward to working with him to help the homeless veteran population in Suffolk.”

Commander Sullivan has been active with the VFW since 1984 when he joined Centereach Post 4927. He served our country during the Vietnam War where he was a drug and alcohol counselor with the United States Army HHC Company Division Headquarters, 101st Airborne Division. Since his service, he has gone above and beyond to aid his fellow veterans. After Superstorm Sandy, Commander Sullivan visited each VFW post that sustained damage and helped them distribute assistance to VFW members. He also serves on the Veterans Review Board of the Long Island Home Builder Care Development Corp., which builds new homes for veterans returning from Iraq and Afghanistan. As State Commander, he will focus on the homeless veteran population, which makes up approximately 17% of the adult homeless population. 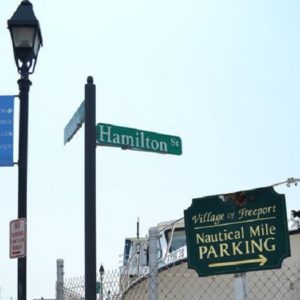