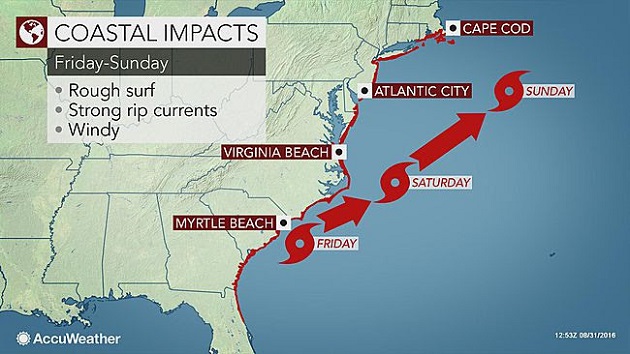 NEW YORK – AccuWeather reports a swarm of tropical systems cruising the Atlantic Ocean will raise surf and risks to bathers along the East coast of the United States into Labor Day weekend.

During the past week, a distant Hurricane Gaston began to create large swells over the Atlantic that began to raise surf on some East coast beaches. More recently, Tropical Depression Eight raised surf and increase rip currents from Georgia to North Carolina.

As these storms or their remnants continue to produce rough seas and surf in the coming days, a new tropical system is likely to be the backyard spoiler for bathers and boaters along the East coast for the holiday weekend.

Areas from northeastern Florida to eastern Massachusetts will face a threat from rough surf with frequent and strong rip currents as millions of people flock to the beaches for one more getaway as summer unofficially draws to a close this weekend.

It is best to swim under the watch of lifeguards and heed any warnings issued.

In addition to the threat to bathers and boaters, minor beach erosion can occur.

Conditions may worsen in the northeastern U.S. if the storm turns northward after reaching the North Carolina coast on Saturday.

“People should be alert for changes in the forecast based on the future track and strength of the storm and adjust plans accordingly,” AccuWeather Chief Meteorologist Elliot Abrams said. 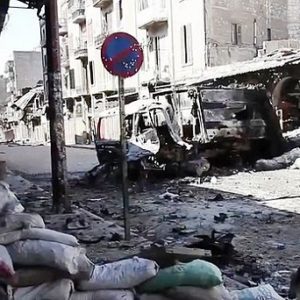 by Michael Adams Abu Mohammad al-Adnani, a key leader and spokesperson for ISIS, was killed on Tuesday in the Syrian city...