Gawker Media is no more. The web-based media conglomerate was acquired by Univision at an auction on August 16th. Gawker and the six subsidiary websites it operates—Deadspin, Jezebel, Gizmodo, Kotaku, and Jalopnik—were purchased by the Spanish-language media company for $135 million.

While Gawker.com itself will be shut down, the branch-sites of the Gawker Media tree will remain in operation and assume much of the editorial staff from the now defunct namesake. The move comes after years of legal proceedings resulting from the publishing of an excerpt from a sex tape featuring Hulk Hogan four years prior. The jury on the case awarded Hogan—born Terry Bollea—more than $100 million in damages in March, on the grounds that the publishing of the video constituted a violation of privacy and caused Hogan emotional distress. The verdict led to Bollea seizing Gawker Media assets, as well as bankruptcy for both the company and its founder, Nick Denton.

The purchase of Gawker by Univision seems like a logical anomaly when looking at the track record of the latter company. Univision is nearly ubiquitous in the households of Spanish-speaking Americans, standing currently as the largest Spanish-language television network on the planet. While the company has ventured into news ventures over the last few years, since its 1962 founding its stock has been built primarily on entertainment. Even Americans who don’t speak Spanish will likely know the channel for its broadcasting of telenovelas and soap operas.

However, the move by Univision is in keeping with their recent trend of expansion and their efforts to corner a greater portion of the millennial audience. Earlier this year, the company also purchased a 40% stake in The Onion, a satirical news organization known for its occasionally misanthropic brand of humor. Isaac Lee, Univision’s chief news officer, described the recent purchases as attempts to reach a younger demographic:

“The future is young, digital and diverse,” Lee said, “No one can own all millennials, but we need to own iconic brands that matter to them. Music, humor, gaming, technology — that’s the currency of this generation. That demographic is only going to grow, be more diverse and be more powerful.”

In addition to Gawker Media and The Onion, Univision has also acquired The Root, a website dedicated to covering African American culture. Although Gawker.com itself is now gone, the future looks bright for the sites under the larger Gawker umbrella. Lee announced Gawker’s subsidiary websites will “keep their voice,” rather than undergo the kind of stylistic whitewashing that could come with a media conglomerate’s loss of independence. Presently Gawker Media’s six active sites look poised to hold on to the loose, R-rated topic writing that made them so popular in the first place, despite the fact that their penchant for edgy coverage led them to this very position. With a new lease on life, Gawker Media will continue to be a thorn in the side of many a politician and commissioner for a long time to come. 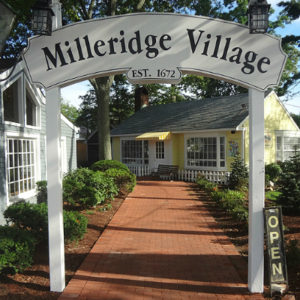 New upgrades making the iconic shopping village - in addition to the location's well-known resturant and catering businesses - a...