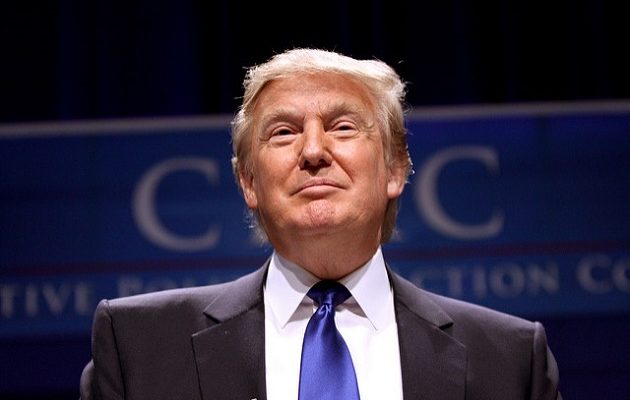 Watching Donald Trump run for President in 2016 has been a lot like watching a circus tent burn to the ground. There’s been a lot of shouting, nobody really seems to know what’s going on, and a group of frenzied circus animals have pretty much had the run of the place. All in all, it’s been more or less an abject disaster.

The heart of this swirling vortex is, of course, the man himself. Donald Trump had been engendering devotion and fear in equal quantities right up until the Republican National Convention. Since then, by any measure of statistics, or even a simple eye-test, his campaign has gone into a full on tailspin. FiveThirtyEight, a website run by famed statistician Nate Silver, currently places Donald Trump’s chances of winning the election at 11.7%, otherwise known as very unlikely.

There have been whispers for weeks now, from everybody from respected newsmen to guys who probably wear tinfoil hats, that Trump doesn’t really want to be President, or that this whole thing has been some convoluted plot to elect Hillary Clinton. There’s not much objective evidence to support those claims, but what little reports bolster the arguments are damning as anything a Democrat could have imagined in a fever dream.

For what it’s worth, Trump himself has denied wanting to back out of the election or the presidency, but hasn’t actually ruled out the possibility of leaving if he were to win.

So where does that leave us? This last year has been surreal on a level rarely reached by national politics. Eight years of pent up anger at the Obama administration, more than substantiated by the actions of the party in control of Congress over that span, stirred up a wave of anger and reactionism strong enough to propel a reality TV star within spitting distance of the most power position on Earth. Stranger things have happened in political spheres, two crack smoking mayors and an orgy loving Prime Minister from Italy come to mind, but no phenomenon with so much fervor to its name. 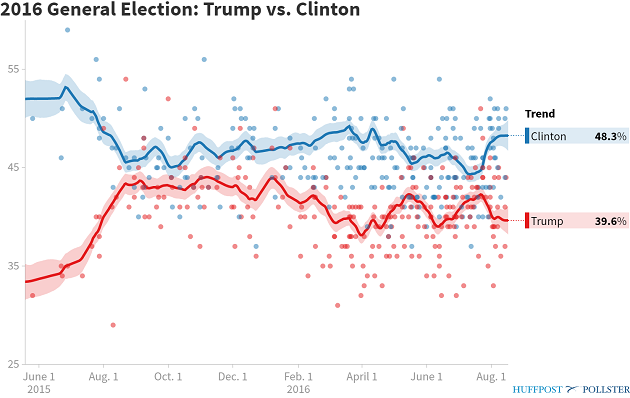 Somewhere along the line, the whole jenga tower started to come crumbling down, and we’ve now reached the point where the Donald Trump campaign seems like more of a joke than anything else. The tone of the media has changed noticeably to accommodate this shift in public perception, while Trump still dominates the airwaves, coverage of his campaign has generally devolved into an “outrageous statement of the week” type of affair. Say what you will about the man, but keep this one projection in mind: the same people that give Trump an 11.7% chance of winning over the Electoral College also say he will garner 40% of the popular vote. Whether you think the Republican nominee is a clown or the messiah incarnate, a certain respect must be afforded to the people who support him.

It might be easy to write off Trump’s supporters as racist, or Islamophobic, or just fearful of change in general, especially based on some of the goings on at his rallies, but to spread that designation around indiscriminately is to pass judgement on a huge segment of the population that is trying to act out of enlightened self-interest.

My own opinion on the matter changed considerably after I overheard a conversation between two men in downtown Northport. One of them asked the other if he supported Trump. “How could I?” he replied, “he’s a racist, bigoted, misogynistic, fear mongering narcissist who’s in no way qualified for the job.”

His friend looked him in the eyes for a second, and said “well, let me ask you this: are you better off financially now than you were eight years ago?” When the other man said yes, he replied “we’ll I’m not. I just can’t afford four more years with a Democrat in the White House.”

That struck a powerful chord with me. Here was a man who looked at some of the comments Donald Trump has made in public with as much disdain as anybody, put into a situation where he basically had to vote for the man. Analysis of Trump’s tax plan by the Tax Policy Center has concluded that “unless it is accompanied by very large spending cuts, [the plan] could increase the national debt by nearly 80 percent of gross domestic product by 2036, offsetting some or all of the incentive effects of the tax cuts.” Still, there are people in bad enough financial situations personally that they just can’t play the long game here, and Trump still looks like the lesser of two evils.

It’s an insult to the character of an awful lot of Republicans to claim Donald Trump’s popularity is all about a backlash against the Obama administration. Certainly it has to do with a huge amount of anger built up over the course of his presidency, and certainly some of that is motivated by longstanding racial tensions in this country, but that still doesn’t tell the whole story. People are angry at the system as a whole, at the political machinations of America they feel have let them down. They want change, any sort of change, if for nothing else than to send a message or stave off some immediate consequence. Really, it’s very similar to the wave of support for Bernie Sanders; even if it comes from the opposite side of the spectrum, the dissatisfaction with the status quo is exactly the same.

Anger with the establishment has been a fixture on the right since the rise of the Tea Party some years ago. If it seems like something that will just fade away in time, there is no more pertinent reminder of the political anger than the Brexit vote across the ocean. For months, the entire world has stood in bewilderment, shocked that a nation like the United Kingdom could vote to sabotage its own economy, against the better judgement of nearly every expert who threw a hat into the ring. Even within the UK this feeling stands strong, Scotland and Northern Ireland are considering leaving altogether. But in the north of England, in the heart of old industrial towns, half-shuttered and dead, a more human reason for the Brexit vote emerges. It was the poorest regions of England that produced the “leave” majority, areas where a disgruntled populace felt betrayed by the European Union and the notion of globalism as a whole. People are suffering, and in their suffering they shot the Pound in the foot, just for the chance at something different.

It’s foolish to assume that sort of disillusionment hasn’t permeated the United States as well. Among younger voters, saddled with ever-rising student loan debts, that climate allowed Senator Sanders to go blow-for-blow with a woman who has twenty years of Oval Office experience in her resume. Donald Trump’s popularity is simply the other side of that, the dissatisfaction among the conservatives and the elderly and the working class made manifest. Whether or not the figurehead of that movement is qualified to be President is really irrelevant, the important thing to take away from this election cycle is that the people will not be satisfied with more of the same, and that many of would rather elect an unapologetic bigot than another politician. Really, it’s hard to blame them. 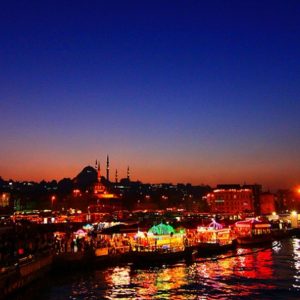 by Michael Adams ANKARA, TU- Anatolia just isn't what it used to be. In the wake of the failed military coup just a month...