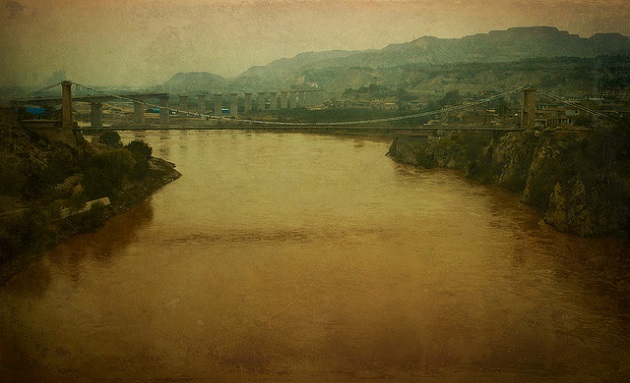 The history of Ancient China has been a hotly debated topic among archaeologists for millennia. Legends say the Xia Dynasty, China’s first imperial line, was founded by Emperor Yu the Great, after Yu gained renown for diverting the floodwaters of the Yellow River away from major population centers. Key to this ages old account is the notion of the Great Flood, a natural disaster that supposedly spanned more than two generations. Long deemed fanciful by historians, new evidence has emerged that seems to point to an ancient flood, just as catastrophic as the old stories claimed. 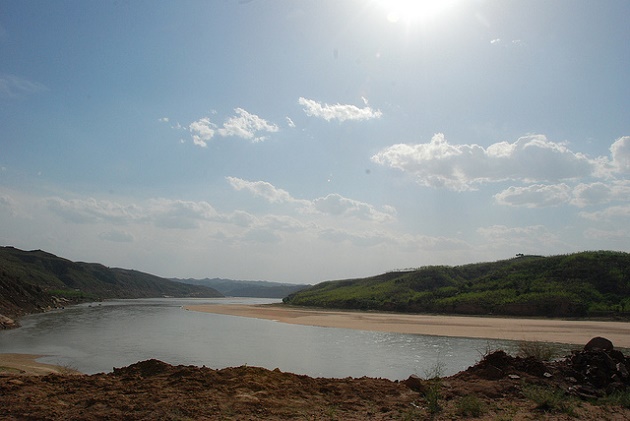 The Banks of the Yellow River, Source: Teruhiro Kataoka

An assortment of scientists have released a paper documenting evidence they have discovered of a massive outburst flood of the Yellow River. Carbon dating places the flood somewhere around 1920 BCE, several centuries after the Xia Dynasty was allegedly founded, but in a specific enough area that the scientists were led to conclude the flood they recorded was probably the inspiration for the legends. In the words of the scientists themselves: 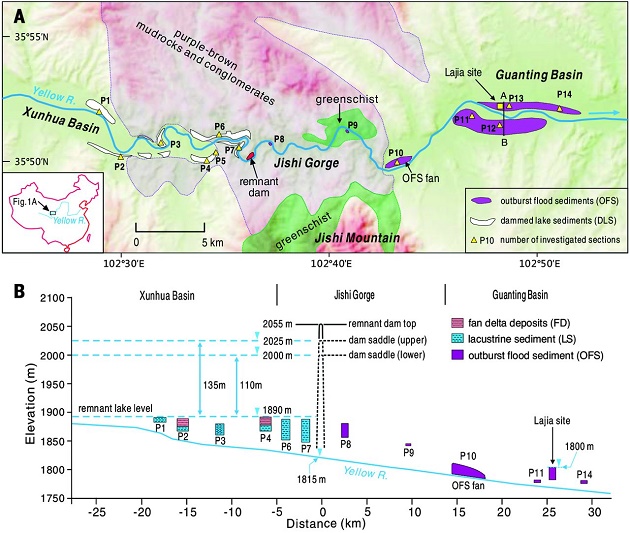 Diagram of the Great Flood of the Yellow River, Source: ScienceMag.Org

If the observations the scientists made are correct, and the Yellow River built up for over half a year behind the landslide dam before flowing over the top, the results of such a flood would undoubtedly have brought the surrounding communities to their knees. The Great Flood would have represented one of the largest flooding events since the end of the last Ice Age, and though the dating seems odd at first, it would make the founding of the Xia Dynasty coincide with the dawn of the Bronze Age in China. Additionally, the dating supports the hypothesis that the Erlitou culture observed in the region in question was in fact part of the Xia Dynasty. While the connection between the Erlitou and the Xia has long been suspected, the prehistoric nature of the findings mean concrete evidence is hard to come by. In fact, one of the major indicators archaeologists have long searched for in the Erlitou culture was some evidence of the Great Flood.

According to legend, the sovereigns of the era tried and failed several times over to save their societies from the effects of the flood—that is, until Yu came along. While not much is known about what his efforts to control the floodwaters entailed structurally, it is believed Yu focused on drainage instead of trying to dam and block portions of the river. Yu’s success earned him so much notoriety that Emperor Shun chose him as a successor over his own son. The high regard he was held in is still apparent today, as he became one of few emperors in China’s dynasty history—which stretches around 5,000 years—to earn the moniker “the great.”

Emperor Yu’s notoriety has long been one of the largest obstacles to determining whether or not he was an actual historical figure. Yu’s deeds had long since passed into legend over the centuries, and successive generations embellished the man’s feats more and more with the passing of years. There are some who claim Yu was a God, and some who claim he fought off supernatural deities in his quest to subdue the Yellow River. So grand were the tales of the emperor that the consensus among historians for a long time was that both the man and the flood he supposedly conquered must not have existed.

These most recent findings have helped to shed light on one of the least understood epochs of history, as well as lend credence to the founding myth of the world’s oldest continuous civilization. While there are still many details to flesh out, it seems like a victory for the imaginative, more than anybody, to know that there are some legends that are, in fact, so good they must be true.

Featured Image: The Yellow River, Shot From a Train Outside of Beijing, Source: Goran Hoglund 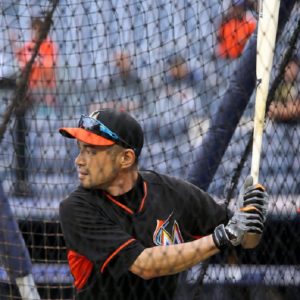 by Michael Adams  DENVER, CO- After what seemed like an eternity on the precipice, Ichiro did it, and he did it with...