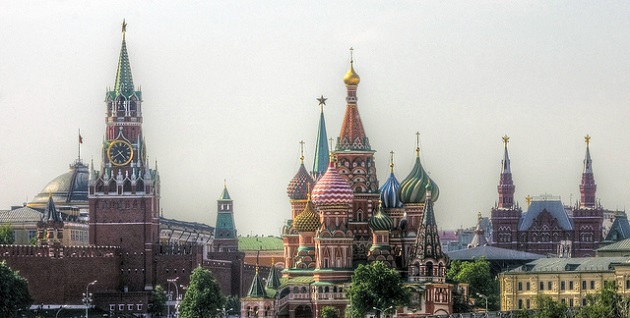 WASHINGTON D.C. – There is a growing consensus among the country’s intelligence agencies that the hack that lead to Wikileaks publishing a cache of emails from the DNC was perpetrated by Russia.

The emails, which are being released during the Democratic Convention, a time when the party traditionally makes a show of unity around its strongest presidential candidate, implicate key party officials in a campaign to promote Hillary Clinton over Bernie Sanders for the party’s nomination. The immediate aftermath of the latest email scandal to hit the party has already seen DNC chairperson Debbie Wasserman Schultz resign her position as head of the Democrats political mechanism. Whispers that more emails are on the way have lead many within the government to believe the worst of the debacle is yet to come.

So what exactly is it that has lead the intelligence to tell the White House they are “confident” the Kremlin had a hand in the email hack? Julian Assange, founder and editor-in-chief of Wikileaks, has been involved in hacks of US intelligence since the 1980s, and has been an opponent of both Hillary Clinton and the Obama administration since their pursuit of his arrest following the Chelsea Manning leaks in 2010, does Wikileaks really need Russian aid to grab more data from the government?

If the intelligence reports are to be believed, the methods behind the attack and others like it are what implicate the Russians. Last month, when the DNC first began to suspect a breach in cybersecurity, it called in the private security firm CrowdStrike to investigate. The evidence they gathered led CrowdStrike to the conclusion that whatever entity hacked the DNC was the same group that was responsible for a data breech at the State Department in 2014 and 2015. That breech led the State Department to shut its servers down in the midst of critical negotiations with Iran; while no smoking gun was ever found, the Russian government was the primary suspect.

Now, with a data breech allegedly perpetrated by two separate hacking groups—nicknamed “Cozy Bear” and “Fancy Bear” respectively—both using methods evocative of the State Department hacks, top US intelligence officials seem certain they know their origin. In addition to the fact that, according to one official, Russia has the “motive, means and opportunity” to commit this cybernetic offensive, the “digital fingerprints” left by the attackers also points to a nation beyond the Urals.

Among the files taken, a signature was left in Russia’s Cyrillic alphabet, a move so careless most people involved in the investigation suspect it was done on purpose. Further implication stems from evidence that at least one of the groups involved in the hack seemed to halt its operations during Russian holidays. The two groups, believed to have been run by the Russian military and the FSB—the successor to the Soviet-era KGB—apparently had access to the DNC servers for about a year, and operated ignorant of each other’s work. There is also evidence pointing to a link between the hackers and the GRU, a military intelligence agency that, unlike the KGB, remained intact following the collapse of the Soviet Union. 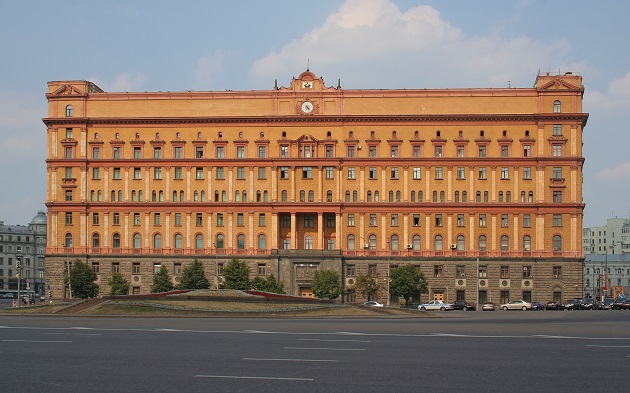 The Lubyanka Building, Former Headquarters of the KGB, Source: Wikipedia, A. Savin

If Russia is indeed responsible for the hack of the DNC, the motives behind the move are not hard to discern. The relationship between Vladimir Putin and Hillary Clinton can be described most optimistically as “poor.” The Russian President had repeatedly accused Clinton of interfering in the affairs of his government during her time as Secretary of State. In contrast, Putin and Donald Trump seem to have mutual respect for each other, with the former calling the latter “bright and talented” and the latter calling the former a “better leader” than Barack Obama. For some time now, the Russian media has been pushing the view that Trump’s hands-off approach to Eastern Europe, as well as the political upheaval he represents, make the prospect of him in the oval office preferable to Clinton.

While a Trump presidency would in all likelihood be preferable to the Kremlin, there are intelligence experts who feel the motivation behind the DNC hack was not necessarily the influence of the election. Michael V. Hayden, former director of the CIA, has called the Russians masters in the field of information warfare, and believes the email dump may just be a display of their abilities “to demonstrate that they can—not necessarily to make Trump win or Hillary lose.” He later added “I think they were messaging Hillary Clinton, telling her that they can get in the way of her election if she doesn’t show some flexibility in her position toward them.”

As for the man behind the release of the information to the public, Julian Assange’s stated intention to strategically release DNC data over the course of the election season has prompted ethical concerns from his counterparts. Wikileaks bills itself as a journalist organization that tries to make the larger world privy to the goings-on of governments. Two key principles of journalism however, whose violations have led to professionals losing their jobs time and time again, are objectivity and independence from faction. Assange’s attempt to derail the Clinton campaign as part of a personal vendetta fly in the face of both.

Edward Snowden in particular has criticized the presence of sensitive personal information, such as the credit card and social security numbers of donors, in the cache of emails as careless and unnecessary. In response, Wikileaks has accused him of pandering to the Clinton administration.

@Snowden Opportunism won’t earn you a pardon from Clinton & curation is not censorship of ruling party cash flows https://t.co/4FeygfPynk

A Russian hand in the events of the past week would be unprecedented in the history of information warfare between two countries, and experts are still struggling to grasp the potential consequences that might follow. While only two groups have been implicated in the DNC hack, nobody is quite certain whether or not there are additional players involved that may never be dragged into the light. The impact the information has already had on politics in the US suggests the operation was a resounding success, one whose magnitude seems to herald the coming of a new age of foreign policy where cyberattacks become commonplace.

Thomas Rid, a professor of security studies at King’s College London, offered a chilling prediction for the future of diplomacy. “If they consider this a success,” he said, “they may conclude that, ‘Of course, we can do this elsewhere. We can do this again.”

The impact of the hack of the DNC might not be felt fully for years. Whatever influence the information may have on the Presidential Election, it is frighteningly possible that a genie has just been let out of a bottle, one that will never be closed again.

Featured Image: A View of Moscow’s Red Square, with St. Basil’s Cathedral and a Portion of the Kremlin Visible, Source: Flickr, Mariusz Kluzniak 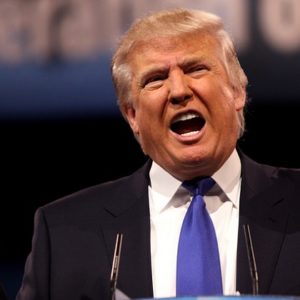 by Michael Adams The days of reckoning are at last upon us. After months of contentious primary showdowns, the two main...