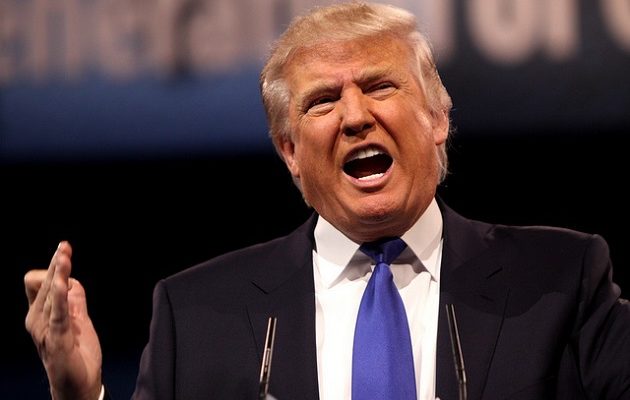 The days of reckoning are at last upon us.

After months of contentious primary showdowns, the two main candidates in the 2016 Presidential Election have been chosen, though not necessarily by us. Their funds raised, their opponents defeated and cast into exile, they stand alone atop their respective political parties, ready for the marathon that awaits them. Whatever you can say about them, they have both certainly proven, beyond a shadow of a doubt, that they want the title of the world’s most powerful leader more than anything……that is, except for the one who clearly doesn’t.

Donald Trump does not want to be President. Time and time again his actions have made this clear, clear to the point where it is genuinely surprising more people haven’t gotten a glimpse past the curtain.

I should clarify my point. Donald Trump might want to appear to be the President, but as far as the actual responsibilities of the office go—negotiating treaties, serving as commander and chief, actually reading legislation—he wants less than nothing to do with the job aspect of the whole deal.

This conclusion is a little counter-intuitive. The Republican Presidential nominee has now spent the last two election cycles slowly legitimizing his bid for the office. Somewhere along the line though, towards the end of the primaries, as it became all too clear just who would secure the party’s slot on the ticket, Donald Trump began to have second thoughts.

Donald Trump has always been a divisive figure, but as of late the man seems to have taken his penchant for unprofessional behavior to new levels. Aside from the usual outlandish statements and blackballing of major press outlets, Trump reportedly offered John Kasich the de facto power of the President to be his running mate. The governor of Ohio was offered control of “domestic and foreign policy,” and after asking what Trump himself would be doing, was told his job would be “making America great again.” 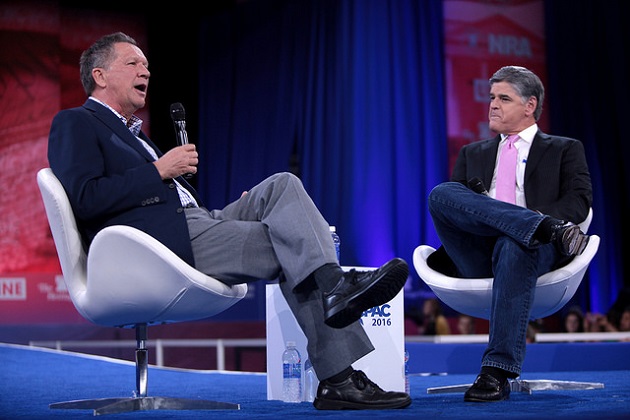 After Kasich refused the offer, Trump selected Governor Mike Pence to join him on his ticket, but not before apparently attempting to back out of the decision at the 11th hour. The announcement was followed by an interview on 60 Minutes that was awkward at its best and downright laughable at its worst. The Republican presidential nominee repeatedly cut off his running mate when he was in the middle of answering questions, and many times since the pair have gone public with their disagreements over political decisions their counterpart made in the past, presenting an air of anything but unity.

Just the other day, amid brewing tensions following evidence that the hack of the DNC’s email database was perpetrated by Russia, Donald Trump openly encouraged espionage against the country he supposedly hopes to lead. In a move which, taken in context, seems like icing on the cake, Trump addressed Russia during a press conference in South Carolina. “If you’re listening,” he said, “I hope you’re able to find the 30,000 emails that are missing. I think you will probably be rewarded mightily by our press.”

That last statement comes dangerously close to fitting the description of an act of sedition, a fact Donald Trump is almost certainly well aware of. The last two months have been a lesson in carefully coordinated self-destruction on the part of the real estate mogul, all of it geared towards the goal of sparing himself the onus of the nation’s executive. The motivation behind his recent behavior, however, is much less clear cut.

Since last year, a conspiracy theory has run through the depths of the internet and the occasional speculative article, stating that Donald Trump may just be running his campaign in order to get Hillary Clinton elected. The concept comes across as far-fetched when considering the massive amount of effort it takes to campaign for the presidency at all, but is a little more plausible when looking at Trump himself. The man’s political allegiance has shifted more than a few times; Trump was a registered Democrat from 2001-2009, and has stated in the past that Hillary Clinton would make “a great President,” and additionally that he preferred the administration of Bill Clinton to the Bushes. Hillary has long been a friend to Wall Street and big business, and Trump has never been one to shy away from a spotlight and a TV camera, in some ways his theoretical casting as a WWE-type antihero makes perfect sense. With nearly anybody else, this role would be completely out of the question, but with a man like Trump, who seemingly just likes to hear people say his name, it strays into the realm of plausibility.

Is that the world we are living in today? Have years of presidential teasing and criticism simply dulled the flame of Donald Trump’s megalomania? The counter-argument would be that we are dealing with a man born into wealth, who has never at any point appeared to desire less power and influence than he had at the present moment, and the presidency represents the Icarian summit that has proven too much for so many before him. Why then, with the Iron Throne sinking into his grasp, would he choose to back out now?

Maybe he feels having a President of his choosing, forever in his debt, would net him the kind of “smoke filled room” power a public figure just doesn’t have. Maybe this is his way of paying off his debts to the Russians. Maybe Donald Trump has weathered the crucible of election season for the most human reason of them all: to see his children go one step further. Or maybe he just never expected to get this far in the first place. Personally, the explanation that makes the most sense is that on some level, he knows he’s nowhere near qualified for the job. With no political experience and no expertise at the helm of an entity he couldn’t bankrupt for profit, the weight of the office would probably be too much to bear. Bear in mind we are dealing with a man with an Ivy League education, even if his whole life has been a gift of social privilege he’s probably smart enough to know when he’s in over his head. So he reached out to a real politician, a moderate Republican who he felt could do the job. When that offer wasn’t accepted, he played his final hand: picking a little-know governor who doesn’t seem to like him and turning his ship onto a collision course with the rocks.

As it is with everything involving Donald Trump, the branding and spin of his self-sabotage is of key importance. Trump’s best product is himself, and if he makes it overtly clear that he’s getting cold feet near the summit of the mountain, his cultivated image as a person who gets things done will be shattered around him. Instead, the nominee for President has chosen subtlety; a plagiarized speech here, a hint of incompetence there, and just a few flip-flops on key issues might chisel away enough of his supporters for him to walk back to his gilded home with his head held high.

Whatever your opinions on the man, there hasn’t been any Cruz-esque footage of Donald Trump coaching his family to act like they love him. Both on and off the stage, his identity as a family man, however strange he may be, remains intact. It’s an odd thing to say, but for the last few years Trump has been firmly outside of his comfort zone, and maybe he’s just looking to return to the things he knows best. Whether or not any of it is true, the months leading up to election day will certainly continue to provide us with more arguments for either side. 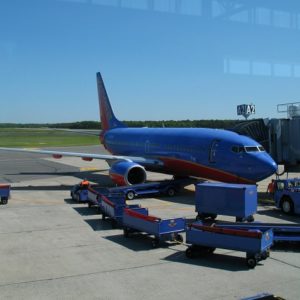