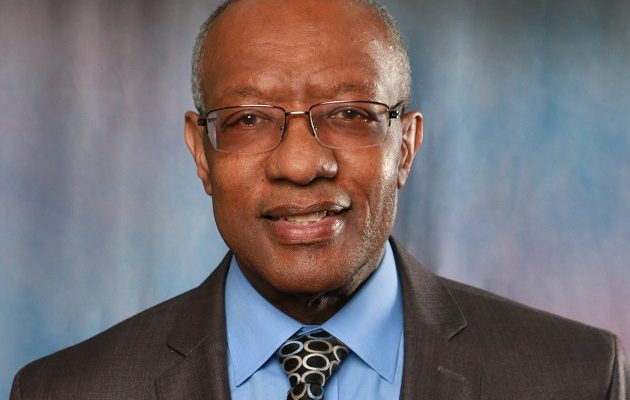 Mayor Wayne Hall: High Hopes for the Village of Hempstead

HEMPSTEAD, N.Y. – When in March 2005, Democrat Wayne J. Hall Sr. first assumed the office of mayor of the village of Hempstead, situated in the hub of New York State’s western Nassau County’s town of the same name, he inherited a six and a half million dollar deficit, a significant sum for a village, from his Republican four term (1989- 2005) predecessor James Garner, whom he had defeated three weeks earlier to become mayor.

That deficit, which resulted in the village bonds being rated at just barely above “junk” status, was not the only problem that Hall faced as his first of now three terms began. In addition, over the preceding twelve years Hempstead had witnessed a steady rise in violent crime.

Recalling how he dealt with the challenges that confronted him when he first took office, Hall, whom I recently interviewed in his office in the Hempstead Village City Hall, cited his first decision, thought by some in the village at the time to be innocuous and by others as a heartening portending of the then new mayor’s the “buck stops here” philosophy of leadership: “While I, fairly I believe, attacked Mayor Garner’s record during the campaign, I made a conscious decision not to criticize Mr. Garner once I took office. Not attacking my predecessor left both some Republicans and Democrats scratching their heads. But I fully understood that the people of Hempstead did not elect me to blame the problems we faced on some one else, but rather to develop policies to solve them.”

Hall, 69, the son of Jamaican immigrants, then further explained, “While I assumed that Mr. Garner would probably run against me in the next election cycle, I had respect for him for his service to our village.” Referring to the fact that Garner was the first African American to serve as mayor in any municipality in Long Island, Hall added, “His election in 1989 served as an important milestone for the entire black community. That was a notable achievement.”

Hall’s assumption at the time that Garner would challenge him again proved to be correct. Seeking to regain his old job, Garner faced off against his Democratic successor in 2009 and 2013, losing both times. Recalling those two campaigns, Hall stated, “Both were essentially referendums on my record as mayor. So the campaign for both of us was based solely on the issues and was never reduced to personal attacks. Which is why we were able later to become friends.”

In both 2009 and 2013, that record included a steady decrease in crime and the transformation of the aforementioned six and a half million debt to an over a nine million dollar surplus. As he began to discuss his success with the former, Hall first noted that 92% of Hempstead’s approximately fifty five thousand residents (making it the most populated village in New York State) are either Black or Hispanic.” My attitude as a black man who lived through the civil rights movement is that the notion that a municipality with a high minority population should expect and even accept a high crime rate is totally unacceptable,” he stated.

To fight crime, Hall employed what he described as a common sense approach. “The police department,” he stated, “upgraded its data base system to determine where and when crimes were being committed and assigned extra uniformed and non-uniformed police officers to those designated areas. We also expanded community policing, creating an environment for partnerships between the police and the community.” 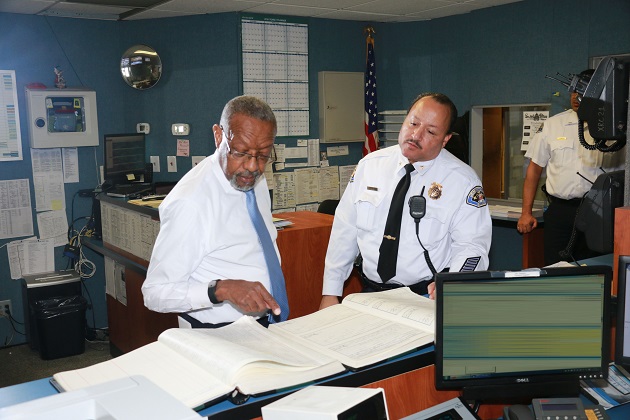 Mayor meets with members of the Village of Hempstead Police Department to discuss the various public safety and law enforcement initiatives that are featured as part of the Downtown Revitalization.

Hall said he took another action to improve the villager’s quality of life and deter crime, which was viewed as controversial at the time. Informing me that there were over 160 restaurants and liquor stores selling alcohol in the village when he first became mayor, he stated, “Most of these businesses followed state and village regulations pertaining to 4am closing times. Some however, didn’t follow these regulations.

“So,” Hall continued, “we enforced the regulations and shut those establishments down… While some people complained that I was closing down tax paying businesses, and preventing the patrons who were coming from outside of the village to spend their money here, to me it was a matter of common sense- the bars by not adhering to state and village regulations were inviting trouble, resulting in street fights, public urination, loud noise past the early morning and causing damage to both public and private property, so I used the legal system to, so to say, invite them to leave the village.”

The mayor added that he also used a common sense approach to solve the village’s debt crises. “You cannot spend money you do not have, he stated.” “So we initiated a stringent streamlining process by which discretionary spending was cut wherever possible. In addition, the village secured deficit spending legislation that allowed it to assume borrowing power to pay off much of the deficits.”

Hall stated that he has continued the common sense policies (including his on-going legal actions to enforce state and village time restrictions laws pertaining to the sale of alcohol) that he believes were successful in his first two terms in his current third term. That success, he contended, is presently evidenced by the village’s 14% decrease in violent crime in 2015 and by its recorded earlier noted nine million dollar budget surplus, and, correspondingly, by the recent increase in the ranking of its bonds to an –AA- rating, by the financial industry leading credit evaluating agency Standard and Poor.

“The hardworking, law abiding citizens of Hempstead are entitled to be able to walk their streets and rest in their homes in total safety; and they also have the right to feel confident of the financial stability of their village.

We are proud that we have been able to provide both…. But, we are aware, there is still much left to be done….{So} we are currently engaged in projects which will further improve the quality of life for every citizen of the village of Hempstead,” said the mayor.

He was referring to two specific village projects. The first is a pilot public safety program. It involves syncing 70 recently purchased state of the art cameras with what is referred to in law enforcement as the “Shot Spotter System” (SSP). Upon recording the sound of gunfire, SSP is programmed to instantly direct the cameras to the exact place where the shooting occurred. The photos of the shooters provided by the cameras are used by the police to help later apprehend them. According to Mayor Hall, SSP also provides another important benefit. “There is a strong deterrent effect,” he elaborated. “Those who might have otherwise considered using firearms in our village will be far less likely to do so, because they are now aware that they will be identified and arrested.”

The second is a massive redevelopment project seen by many in Nassau as possessing the potential to provide a major economic windfall to the village. Teaming the privately owned mega building and development companies Renaissance Downtowns –Urban America (RDUA) and the RXR Realty LLC with the Village of Hempstead in a public-private enterprise, this 2.5 billion dollar venture calls for the ground up construction of thousands of mixed- income housing units, as well as building hundreds of stores to house locally owned private businesses in the downtown commercial area of the village. The project also is budgeted for upgrades to the sewer and water systems for the entire village.

Hall described the benefits the project presents to the village which, he asserted, include producing in the range of 12,000 construction jobs during the ten years it is projected it will take to finish, creating eight thousand permanent employment positions after it has been completed and generating ten million dollars in added tax revenue to the village.

“This is a win-win situation for the entire village. It will improve lives of all of our citizens. I feel blessed to be a part of it.” 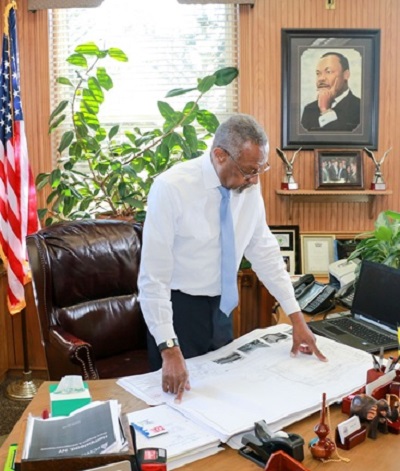 Actually, Hall should feel especially blessed to be where he is today. At 26, after serving 4 years in the United States Army and just beginning his pre-med studies at the New York City Technical College, he was diagnosed by his doctors with a rare form of kidney disease. While given only five years to survive, Hall continued with his life: he married his college sweetheart, fathered two sons with her, and graduated from college with a Bachelor’s degree in biology- all within the five years allotted to him.

The rest of his life turned out to be something of a wonderful miracle. As Hall reflected, “I am a Christian. I went to church every Sunday to pray for a miracle. I believe, however, that for miracles to come true people must do whatever is in their power to help themselves.”

Hall, who made the difficult decision to forego his dream of becoming a doctor and instead used his degree in biology to work as a technologist in a blood lab, continued, “I went on a strict nutrition regiment, which included a no salt diet, continued my long time jogging routine, building it up to the point where I was able to run dozens of half marathons and even one marathon, worked together with my doctors to find effective newly approved drugs, which were beginning to be discovered in the pharmaceutical industry, and used the lab in which I was working to monitor my blood to make sure this plan of action was working.”

It did work. In fact it worked so well that Hall, until four and a half years ago, did not require the use of a dialysis machine, the common form of treating chronic kidney disease, involving filtering a patient’s blood to remove excess water over an approximate 3 and a half hour cycle. Hall told me that this treatment, which requires him to go to a dialysis center every Monday, Wednesday and Friday at 5am does not prevent him from enjoying his life or performing his job as mayor.

“You will hear no complaints coming from me because I feel blessed to be alive…. to be able to enjoy my family, friends and do the job that the good people of the Village of Hempstead elected me to do. In fact, on the days I go for treatment, after I leave the dialysis center, I go directly to my office one hour later, feeling blessed that I have the entire rest of the day to do my job.”

Robert Golomb is a nationally and internationally published columnist. Email him at MrBob347@aol.com and follow him on Twitter@RobertGolomb

Legislator Anker Committed to Making Field of Dreams a Reality 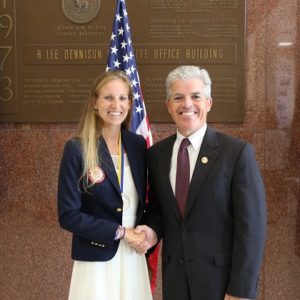