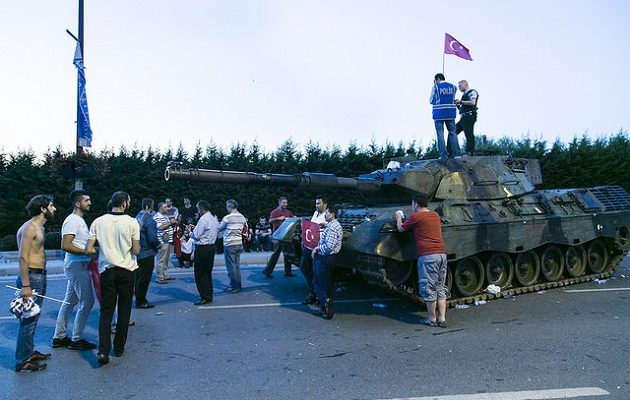 ANKARA, TU- As of Monday afternoon, nearly 8,000 Turkish citizens have been arrested following a failed coup d’état by a portion of the armed forces, in an effort by the government to reassert its authority.

A tumultuous weekend in the Anatolian Peninsula saw the deaths of more than 290 people, as soldiers reportedly assumed strategic positions outside the key cities of Istanbul and Ankara. Troops and tanks blocked off bridges and roadways around Istanbul, as warplanes circled over the capitol and clashed erupted in government buildings, most notably the Turkish Parliament.

Communications from the front lines were frantic and contradicting; claims emerged from both sides of the conflict saying the plot had succeeded and been thwarted, while President Recep Tayyip Erdogan and other senior government officials had been evacuated outside the capital. The situation seems to have resolved by Saturday morning, with the President returning to Ankara and announcing the failure of the coup, calling its perpetrators terrorists. This most recent violence in Turkey comes on the heels of years of fighting with Kurdish forces, as well as bombings in Ankara and, more recently, Ataturk Airport, in Istanbul.

President Erdogan is engaging in a full scale purge of his nation’s government and security forces after the disorganized attempt to oust him from power. The fact that the attempt to overthrow his government was both leaderless and lacking in any popular support has not stopped the Turkish sovereign from detaining thousands of military officers and further increasing his authoritarian grip on the democratic nation. The iron-fisted leadership Erdogan has displayed over the last few days is precisely what is believed to have prompted this political crisis in the first place.

An understanding of how Turkey has operated since its founding, and how its current President has moved away from political tradition, is crucial to understanding the cause of the 6th attempted putsch in the country’s short lifespan.

Turkey was founded following the First World War and the subsequent breakup of the Ottoman Empire. During a time when various peoples in Arabia who had been promised political sovereignty by the British Empire saw their homelands turned into European mandates, Turkey gained and maintained its autonomy under the leadership of Kemal Ataturk. Ataturk, wishing above all else to see his homeland avoid the partitioning that befell most former Ottoman territories, worked tirelessly to create a Turkey based in secularism and modernism, despite the fact that it drew significant opposition from Turks who saw their independence as a return to the days of the caliphate. Ataturk installed a Constitution based on the governments of Western Europe, and even went so far as to ban Islamic courts in the Muslim-majority nation, discourage the wearing of the veil, and make it a requirement for government workers to wear Western-style hats. 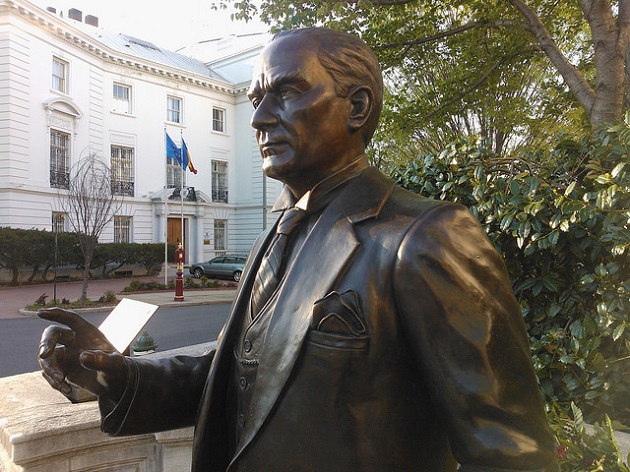 In retrospect, some of Mustafa Kemal’s more superficial reforms may seem silly, but it is precisely that push for a modern Democratic Turkey that kept the peninsula from being divided up among Britain and France like its neighbors. Through the majority of its history, Turkey has been an oasis of relative stability in a volatile region, managing to avoid the regime changes and despotism that have plagued places like Iraq and Syria.

One of the groups that views itself as a key defender of the ideology upon which Turkey was founded is the country’s military. Historically, the attempted coups come at times when disgruntled factions within the armed forces felt the government appeared to be veering away from its secular principles. This most recent act of rebellion is no different. Over a radio broadcast, the perpetrators of the coup claimed to have seized power in order to defend Turkey’s democracy.

President Erdogan is one of the most divisive leaders in the history of the nation. A self-proclaimed “conservative democrat,” who assumed his current office in 2014 following and 11-year stint as Prime Minister, Erdogan’s Turkey has been marked by corruption scandals, widespread human rights violations, and crackdowns on the freedom of the press. Though the office of the President was largely ceremonial before Erdogan’s election, a series of constitutional forms he instituted have given him power more akin to an American executive. While Turkey is still openly secular, Erdogan spent 10 months in prison in 2001, when the Welfare Party he was a member of was deemed unconstitutional for its Islamist views. While not publicly Islamist, it is widely believed the Justice and Development Party he founded is only committed to secular ideology on paper. His quarrels with the Constitutional Court and decades long position of power have led his detractors to call him a dictator.

In response to the attempted overthrow of his government, President Erdogan has imposed a curfew, declared martial law, and arrested thousands of high ranking judges and military officers, en masse, without prior investigation or conviction, a move he has likened to cleansing a “virus”. The chief aide of the President’s military staff is among the detained, whose numbers have grown so large that the government has started housing lower ranking soldiers in schools and gymnasiums throughout Ankara.

Though an aide for the Turkish executive Erdogan himself had not ruled out imposing the death penalty during the crackdown; during an interview with CNN, after claiming the people of Turkey think “these terrorists should be killed,” he asked, “Why should I keep them and feed them in prisons for years to come?”

While President Erdogan seems determined to make an example out of those who attempted to challenge his power, overreaction on the part of Turkey could have far reaching diplomatic consequences. The nations of the European Union—which Turkey is expected to join at some point in the future—have expressed a sense of unease with regards to the response of the Turkish government to the failed putsch. EU Foreign Policy Chief Frederica Mongherini has flat-out stated “no country can become an EU member state if it introduces the death penalty,” and EU commissioner Johannes Hahn has raised concerns about the swiftness with which supposed enemies of the state have been rounded up. “It looks at least as if something has been prepared,” said Hahn, “The lists are available, which indicates it was prepared and to be used at a certain stage. I’m very concerned, it is exactly what we feared.”

The EU Commissioner is not alone in his suspicions about the apparent preparedness of the Turkish government. Some of Erdogan’s opponents have even suggested the entire coup was staged, a Reichstag fire of his own making, meant to justify further tightening his hold over the country under the guise of security concerns. Bolstering the suspicions of his detractors are claims from soldiers who participated in the attempted coup that they were initially told they were engaging in military exercises. Furthermore, President Erdogan has laid the blame for the coup at the feet of Fetullah Gülen, a Muslim cleric and former ally living in self-imposed exile in Pennsylvania, demanding the US extradite him immediately. The Turkish government has yet to present either a formal request for an extradition or any evidence linking Gülen to the conspiracy. Gülen has vehemently denied any involvement in the coup.

Erdogan and Gülen had a falling out several years ago, when several judges within the latter’s sphere of influence began investigating members of the President’s administration on corruption charges. The investigation eventually led to the arrest of several of Erdogan’s top advisors, and since then the President has claimed Gülen is attempting to stir discord within the government. When questioned about the coup, Gülen appeared to imply Erdogan’s administration may have staged the whole thing in an effort to do away with opposition. “It appears they have no tolerance for any movement, any group and any organization that is not under their total control,” Gülen said. Without directly accusing the government of subterfuge, he added “I simply leave the door of that possibility open.”

Erdogan’s camp has demanded Gülen be extradited in the strongest of terms. Prime Minister Binali Y?ld?r?m even said the US would be “engaged in a serious war” if they failed to comply. Secretary of State John Kerry said the United States will consider the extradition, but only grant it upon submission of a formal request and conclusive evidence. “We’re not holding back from doing anything, nor have we ever been,” Kerry said. “We’ve always said, look, if you have evidence of X, Y or Z, please present it to us.”

Kerry’s measured response to a threat of war underlines just how delicate of a diplomatic situation the United States is in with regards to Turkey. Relations between the two countries have soured under the Erdogan administration, but Turkey still remains a key ally in the region. Even amongst the current instability, US-led air strikes on ISIS forces in Syria are still being conducted out of the country’s southeast region. Turkey is also the main contributor of coalition ground forces in the battle against ISIS. If the Turkish government is as serious about their desire for Gülen’s extradition as their posturing makes it seem, a refusal to hand the cleric over may necessitate a complete restructuring of the fight against the Islamic State. The serious war Turkey claimed would follow such a refusal would further thrust the Middle East into disarray, and the shockwave through world diplomacy and economics would be felt worldwide.

Turkey is in the midst of nothing less than a full-fledged existential crisis. The departure of the current administration from the peaceful diplomacy of Kemal Ataturk is nearly unprecedented in the country’s history. Now, the Erdogan administration’s penchant for overreaction has caused more turmoil in the country than even the coup attempt itself, and threatens to seriously compromise Turkey’s future with regards to the US and the EU. In the midst of all this reaction, it is hard to believe there is still no solid evidence linking the coup to any individual or group of individuals, its ultimate cause as of yet remains an unknown. Regardless of its legitimacy, Erdogan’s control over the Turkish media has given him the ability to play the events of recent days along any angle he so chooses, and he has already used the opportunity to conduct his own personal purge. Bickering and criticism aside, this is clearly not the Turkey envisioned by the country’s founding father, and only time will tell if traditionalism and cooler heads will prevail, or if a once-stable nation will descend into the same chaos with which it is surrounded. 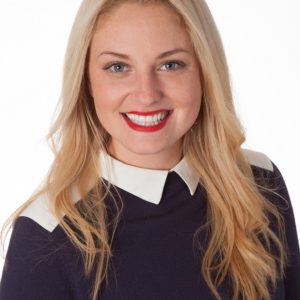