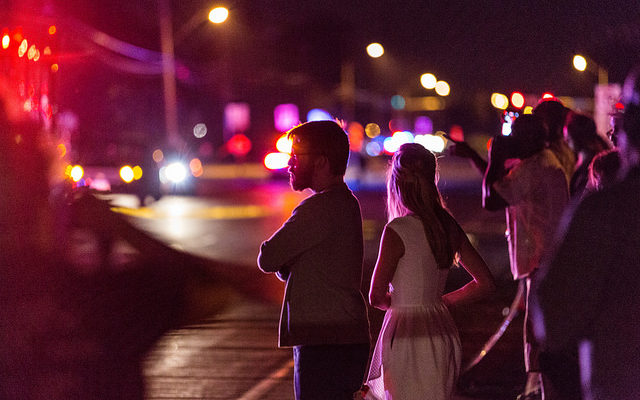 DALLAS, TX- Barack Obama spoke on Tuesday at the memorial service for the five police officers killed in the line of duty by a gunman during a protest in Dallas.

During his speech, he cautioned the nation against violence and overreaction following the latest string of killings of both police and African Americans, insisting that “we are not as divided as we seem.”

While the President acknowledged the legitimate grievances of the Black Lives Matter protests, saying “we can’t simply dismiss it as a symptom of political correctness or reverse racism,” he also addressed the protesters directly. “You know how dangerous some of the communities where these police officers serve are,” Obama said, “and you pretend as if there’s no context. These things we know to be true.”

This latest speech comes at the end of a two-term presidency rife with acts of violence, from the mouth of a man who has long since passed the point of weariness when it comes to the issue. Still, the leader of the free world urged his people to remain hopeful and united, even during times of great strife. 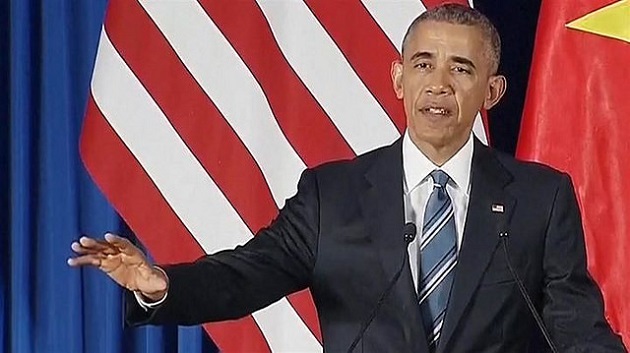 In Baton Rouge, Louisiana, the police were called to a local convenience store, being told that there was a man with a gun outside. In Falcon Heights, Minnesota, an officer of the law stopped a car with the aforementioned broken rear light.

In both cases the suspects, Alton Sterling and Philando Castile, were shot and killed by officers of the law. Sterling and Castile cooperated fully with the requests of the police; both men were armed, but neither man pulled out his weapon, and both were within their rights to openly carry those weapons in the first place.

The outrage over the shootings of Sterling and Castille, both of which were captured in disturbing videos, lead to a series of protests by the Black Lives Matter movement in cities around the country. The scene of one protest in Dallas turned into a bloodbath, as snipers opened fire on the crowd, killing five police officers and injuring seven others in an attack President Obama called “vicious, calculated, and despicable” while responding from the lobby of a hotel in Warsaw.

The attack, which took the lives of Officers Brent Thompson, Patrick Zamarripa, Michael Krol, Lorne Ahrens, and Michael Smith, was the single deadliest incident for law enforcement officials since September 11th. In protests and isolated incidents following Dallas, police officers have been attacked all across the country.  An outpouring of support has come from every corner of American society, friends and enemies alike.

I mourn for the officers shot while doing their sacred duty to protect peaceful protesters, for their families & all who serve with them. -H

The same such support has been shown for Sterling and Castile, whose deaths are viewed by many as further evidence of a broken system that has allowed the unjustified killings of black men by police to continue unabated, the latest manifestation of the institutional racism that was already well established by the end of the American Revolution.

lynchings were public to keep a class system based on race intact in the Jim Crow south. Public Executions by Police 2day do the same.

Too many African American families are mourning. Too many young black men and women have been taken from us. pic.twitter.com/arkjOeLu7G

African Americans and police officers alike have spent the better part of the last few weeks fearing for their lives, wondering whether or not they will become the next victims of retaliatory violence as the forces of frustration prompt the ignorant to attack somebody based on the color of their skin, or the color of their uniform.

The range of reactions across a shell-shocked nation makes clear just one thing: the public seems to be divided, as divided as divided gets. For every person blaming the events of the past week on longstanding social issues, there’s another person blaming the black community, or Obama. Google searches for the phrase “Black Lives Matter” have spiked over the last few days, as have searches for the statistically invalidated term “Black on Black Crime.” Outrage is the only common denominator bridging the gulfs in opinion as to the causes and solutions of this national crisis.

The reality of the situation is not something everybody is willing to admit. Whether or not we want to acknowledge it, race is playing a huge role in both the media coverage and public perception of the violence of the past week. This is, to an extent, inevitable. Two black men were gunned down—continuing a trend that has only recently come to light—by public servants who swore an oath to protect their communities, while cooperating with those same public servants. Philando Castile had a licensed firearm in a state that permits open carry, and informed the officer of this fact before he was shot while reaching for his driver’s license. Medical examiners have ruled his death a homicide, and almost everybody agrees the shooting, and the events that led to it, were an egregious departure from normal police guidelines. Still, despite that, many members of the NRA have been left wondering why Castile’s right to own a firearm has not been more vigorously defended by the organization.

Alton Sterling’s case is a little more nuanced. While official reports claim he was shot when police saw the butt of his gun, like any Louisiana resident, Sterling was legally permitted to purchase the gun that, though undrawn, prompted his death.

These are facts, irrefutable, not open to debate. With that in mind, the fact that a man who is both white and a former leader of the largest city in the United States uses a public forum to tell black people the real “danger” isn’t the police, but “a black kid who is going to shoot you on the street,” is indicative of –at the very least—a compromised dialogue.

This brand of invective, carpet bombed without discretion on a large segment of the population, has culminated in the repetition of one of the darkest chapter in American history. A black man was found hanging from a tree in a park in midtown Atlanta last Thursday. Kasim Reed, the city’s mayor, said “no foul play” was suggested by the evidence available, words which have been a comfort to no one. Atlanta has seen a massive amount of protests and demonstrations over the past several days.

In the context of the times, it is all too understandable why President Obama occasionally sounds like he’s dealing with a wound he feels he cannot mend. In his own words, the Dallas police killings exposed a “fault line” in American democracy and race relations that has prompted many Americans to feel they’re watching their society tear itself apart amidst the aftershock. In the midst of all this tension, however, the president still saw compassion in the people of Dallas. “When the bullets started flying,” the president said, “the men and women of the Dallas police, they did not flinch and they did not react recklessly. They showed incredible restraint. Helped in some cases by protesters, they evacuated the injured, isolated the shooter and saved more lives than we will ever know.”

In trying times the loudest voices are often the voices afforded the most camera time. While there are people who have used recent shootings by police as a springboard to hate police officers without discretion, and protests have prompted others to decry the entire Black Lives Matter movement, that divisiveness represents a very small portion of the whole. Most people understand the African American community has a right to protest a system that statistically jails and kills black men and women at a higher rate than the general population, just like most people understand the men and women in blue uniforms are by-and-large just people trying to do a good job. The politics of hate seek to further widen a painful gap in American society, but despite all of this people across the nation have banded together in shows of unity and brotherhood, refusing to let prejudice reign supreme in any form.

In the end President Obama chose to focus on that same unity, saying simply “see, that’s the America I know.”

Study Links Medical Marijuana to Decreased Use of Painkillers 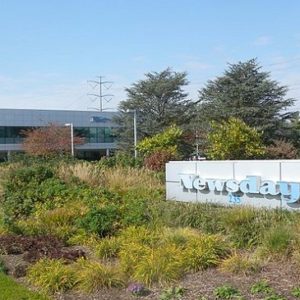 by Michael Adams  LONG ISLAND- On Thursday, less than a month after the Dolan family’s sale of Cablevision was finalized,...