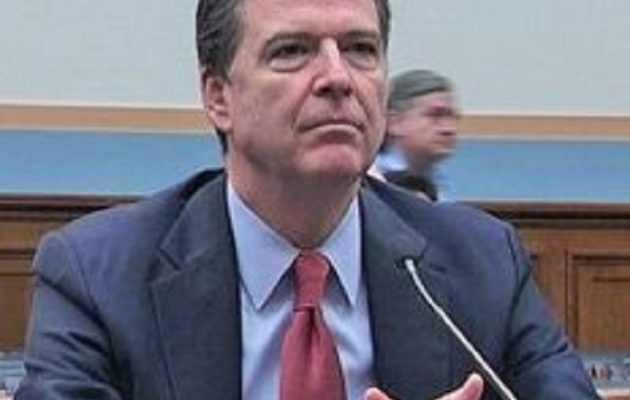 WASHINGTON D.C. – On Tuesday, F.B.I. director James Comey released an official statement on Hillary Clinton’s use of a private email during her time as Secretary of State.

After interviewing the presumptive Democratic Presidential nominee on Saturday, Comey said the federal investigation found that Clinton had been “extremely careless” with her emails, with 110 of the emails she provided containing classified information and 8 of those being labeled as top secret. Still, while the F.B.I. will leave the question of prosecution to the Department of Justice, Comey recommended no charges be pressed. The F.B.I.’s investigation involved sifting through the tens of thousands of emails sent from Clinton’s server while she served as the nation’s chief diplomat, including the retrieval of “several thousand work related e-mails” that had been deleted over the years.

“Although there is evidence of potential violations of the statutes regarding the handling of classified information, our judgment is that no reasonable prosecutor would bring such a case,” Comey said in a news conference.

The wording of the director’s statement is important here. While Comey is careful to avoid rhetoric that paints Secretary Clinton as a blameless victim of a manufactured scandal, “extremely careless” actions fall far short of the “gross negligence” required to prosecute a case under the Espionage Act.

Hillary Clinton and her staff were the only individuals involved in deciding which emails were relevant to the federal investigation and needed to be sent to the F.B.I. This process lead to large caches of information being initially withheld from the proper authorities, the most recent being a 165 page chunk of business-related emails released under court order June 27th. Director Comey’s statement defended these oversights, saying “the lawyers doing the sorting for Secretary Clinton in 2014 did not individually read the content of all the e-mails, they relied on header information.” Comey added that the investigation “found no evidence that any of the additional work-related e-mails were intentionally deleted in an effort to conceal them,” but neglected to explain why Clinton received that benefit of the doubt when information of such importance was involved.

The statement from the director has elicited outrage from Clinton’s detractors. House Republicans have prompted Congress to summon James Comey to explain his recommendation on Thursday. House Speaker Paul Ryan has proposed that the Secretary of State be barred from receiving any additional classified information. Even Bernie Sanders has found himself under fire from House Democrats for as of yet refusing to endorse Clinton in the wake of Comey’s statements.

As usual, Donald Trump has pulled no punches when it comes to criticizing the Democratic Presidential candidate; in a series of tweets the presumptive Republican nominee said the F.B.I.’s decision was evidence that “the system is rigged,” and remarked that “General Petraeus got in trouble for far less.” David Petraeus resigned as Director of the CIA after news broke that he had shared classified information with his lover, journalist Paula Broadwell. Petraeus was fined $100 thousand and sentenced to two years probation.

Regardless of her intentions, the information turned up by the F.B.I.’s investigation stands in direct contrast to the comments Secretary Clinton has made during the course of the probe. Clinton claimed to have turned over all of her work related emails to the bureau, in addition to denying that any of the emails on her servers contained classified information. Both of these statements have been proved to be false, and emails the Secretary of State sent her aides as far back as 2009 indicate that she understood her use of a private server was far from legally sound for years.

The word “treason” is being thrown around by Clinton’s most ardent critics to describe her mishandling of classified information. As it stands, if Clinton were to be convicted of what is legally defined as treason, it would need to be proven that a degree of personal agency existed in her decision to store government information in a less-than-secure format. This accusation would need to be corroborated by two witnesses testifying to her having committed the same “overt act,” essentially anything that would show criminal intent. Treason cases are very rarely prosecuted by the federal government, and since legal experts agree that even a lesser charge of espionage would be unsubstantiated by current evidence, there is virtually no chance of Secretary Clinton being convicted of any crime, especially treason.

People critical of the F.B.I.’s decisions in this case have pointed out what they deem to be hypocrisy in the way Secretary Clinton was dealt with compared to other leaks of information. Edward Snowden, still living in exile after leaking classified documents from the NSA, could not find the words to voice his opinion on the results of the probe, after having previously decried how Clinton could still run for president after such poor handling of information.

Break classification rules for the public’s benefit, and you could be exiled.

Do it for personal benefit, and you could be President.

Public reaction to the scandal has so far been divided largely along political lines. While the impact of Clinton’s email investigation factors very significantly into her perception among Republicans, Democrats appear to have placed little stock in the decision. According to a poll conducted by Suffolk University and USA Today at the investigation’s onset, 79 percent of Republicans said Clinton’s actions would play a factor in their vote, while 74 percent of Democrats felt it did not matter. In a similar poll by CNN and ORC International, three-quarters of Democrats said they felt the incident was not “relevant to character,” compared to 60% of Republicans who said it was.

The legal impact of the investigation into Hillary Clinton’s emails will in all likelihood be minimal, but it has the chance to severely alter the public’s opinion on the Secretary of State. Clinton’s favorability ratings have more-or-less been falling steadily since she assumed an office in Barack Obama’s cabinet, and are currently at an all-time low, with just over 40% of those surveyed claiming to hold a favorable view of the Democratic Presidential candidate. This sort of blow to her credibility and judgment, being dragged now into a very public setting, has the ability to derail even the most fatalistic of election calculations that place her odds of winning the presidency around 80%. Ultimately, the voters, not the federal government, will decide what price, if any, Hillary Clinton is to pay for her diplomatic missteps. 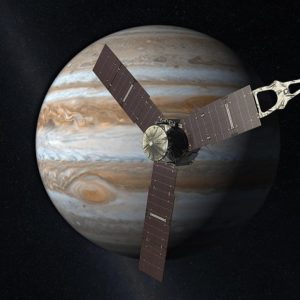 NEW YORK - The arrival of a space probe in orbit around Jupiter may have implications for meeting Earth's energy needs. After...