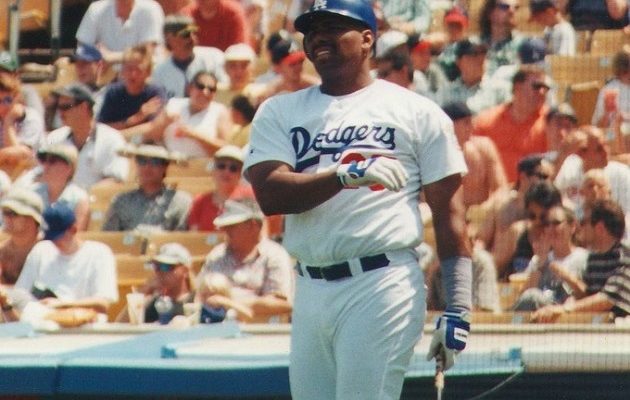 QUEENS, NY- July 1st is a day of new beginnings. Apart from the obvious change on the calendar, the beginning of July is when summer really gets going. Spring and winter homebodies will flock to the beaches in droves; Summer Solstice be damned, this is the real start of the season.

The first of July is also the start of the fourth fiscal quarter. This is a big deal in the business world; it means a lot more than a new page in the ledgers of tax accountants. For one local baseball team, the start of the new month brings with it a customary hit to the coffers, evoking one of the more baffling chapters in the history of the franchise.

The New York Mets paid Bobby Bonilla at the start of July, once again. They will continue to pay him $1.19 million every July 1st until 2035, the result of an infamous contract signing and one of the worst free agency deals in the history of sports. The story of how this debacle came to be involves revolutions in contract agreements, Bernie Madoff, and the dying days of the career of an incredibly talented athlete.

MLB free agency has its roots in a decades-long battle over the so-called “reserve clause” that used to be included in player contracts. The reserve clause essentially gave a player’s team total control of their careers. Before the Seitz Ruling in the 1975 case of pitcher Andy Messersmith, baseball players were bound to a team for life. Franchises could move or refuse to move their players as if they were inanimate assets, anywhere they wished, regardless of that player’s opinion on the situation, with impunity.

The modern era of free agency was ushered in by Curt Flood, a man who placed principles before his own well-being, and sacrificed his career to bring about change in a century old institution. Flood, an all-star outfielder with the St. Louis Cardinals in the 1960s, was traded to the Philadelphia Phillies with a slew of players following the 1969 season, for a package centered around rising star Dick Allen. When Curt Flood went to Philadelphia, he would earn an annual salary of $100,000, one of the largest in sports at the time. There was just one problem with the agreement: Curt Flood refused to be traded. 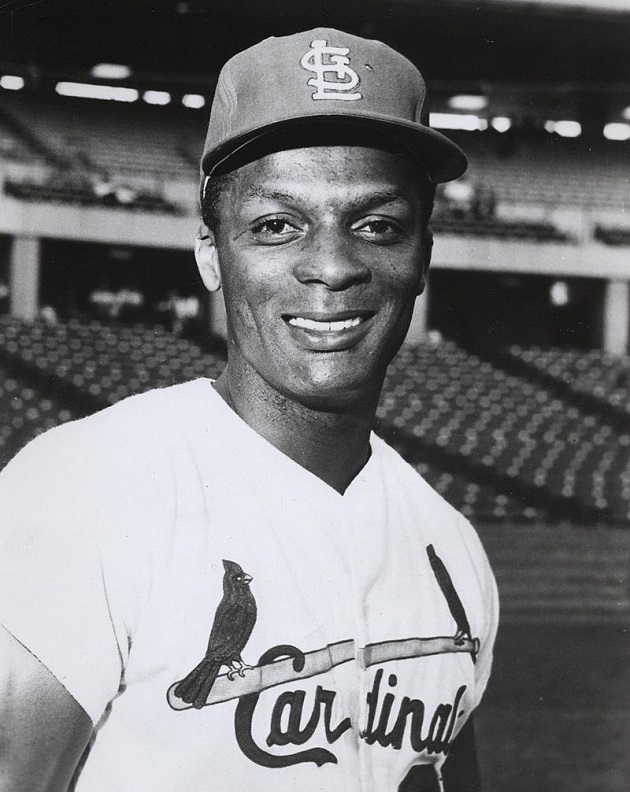 Curt Flood, During his Time with the Cardinals, Source: Public Domain

Flood had grown up in Oakland, California in the 1940s, dealing with racial discrimination all his life. Even as a professional in his first years in the Major Leagues, Flood was often forced to stay in segregated hotels of a lower quality than the accommodations enjoyed by his white teammates. Bad experiences with the fans in Philadelphia had led the Gold Glove winning center fielder to the conclusion that any move to the city of brotherly love would mean seeing his life marred by discrimination that much further, and wasn’t willing to allow the powers that be to decide his fate for him. To Flood, the whole system reminded him of slavery, an opinion he wasn’t afraid to share with his contemporaries.

Curt Flood’s intelligence and articulation made him the perfect frontrunner candidate for the MLBPA’s fight to end the reserve clause, he would soon become an important ally for union president Marvin Miller. But that same outspoken nature would also lead to his downfall. After a prolonged legal battle with the MLB and newly-appointed commissioner Bowie Kuhn, the case eventually made it to the Supreme Court, where Flood and the MLBPA lost in a 5-3 ruling.

Flood wound up becoming a pariah in the sport he had so excelled in, but in the coming years the fight he started would lead to the establishment of free agency.  The ever-increasing contracts, the bidding wars, the freedom of movement that characterizes the careers of athletes today, all of it can be traced back to one man and one thwarted trade.

After a brief attempt by owners to blacklist anybody who took advantage of the system, the league bought in, and has never looked back since. It is here, more than two decades into the free agency era, where we enter into the chapter of one Bobby Bonilla.

Born in the Bronx to Afro-Puerto Rican parents, Bonilla’s athletic talents were recognized at a very young age, getting him drafted by the Pittsburgh Pirates right out of high school. A broken leg derailed his minor league career to the point where the Chicago White Sox were able to acquire him in the Rule 5 Draft. After making his debut on the South Side of Chicago, Bonilla was traded back to the Pirates, where he would establish himself as Pittsburgh’s starting Right fielder for the next six seasons.

Bonilla’s career took him to seven different franchises over the course of fifteen years. He racked up various accolades over that time, including six All-Star selections, three Silver Slugger Awards, and a World Series championship in 1997, with the then-Florida Marlins. For a four season stretch, he was the highest paid player in the Majors, making more than $6 million a year.

In the midst of his physical prime, Bonilla spent three seasons with the New York Mets. The Mets teams Bonilla played on featured players like Jason Isringhausen, Jeff Kent, and John Franco, but never had the consistency to make the postseason, or even finish with a record above .500%. Despite the Metropolitans’ lackluster performances, the Wilpon family and the organization as a whole clearly had fond memories of Bonilla’s time in blue and orange, based on what would happen just a few years down the road. 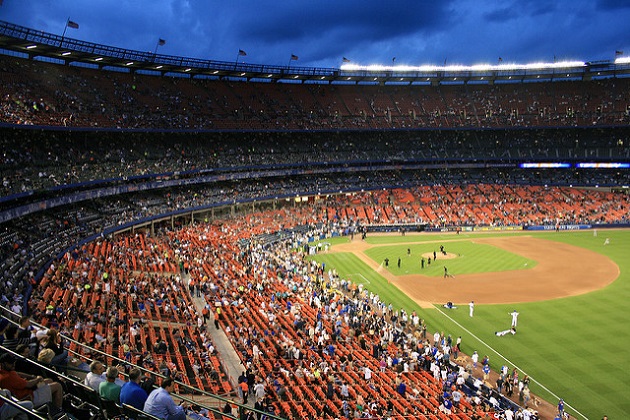 It is Bonilla’s infamous return to the Mets that prompts a new article every July 1st. The crux of this periodic surge of interest is the deal he was signed to, which now seems insane when devoid of its proper context. Before the 1999 season, the Mets once again traded for the former star outfielder, who would turn 36 before spring training. The Mets in ’99 were quite frankly too good to accommodate an aging outfielder with a big ego, and after a lackluster season marked by frequent arguments with Bobby Valentine over his playing time, Bonilla was released. The Mets still owed $5.9 million on his contract, but were desperate enough to get rid of him that they accepted an offer from Bonilla’s agent. The franchise would defer payment of the slugger’s contract, giving him $1.19 million every year from 2011 to 2035.

As it stands now, Bobby Bonilla makes more money on July 1st than Noah Syndegaard, Jacob deGrom, Jose Reyes, Michael Conforto, Travis d’Arnaud, and a slew of other current players make during the entire year. All of this, keep in mind, for a single season, a season in which Bonilla played for the Atlanta Braves. By the time his albatross of a deferred payment deal is complete, he will have been paid nearly $30 million, and his place as a punchline in the sports world will be nothing short of legendary.

There’s one real kicker about the whole situation though: the Mets had every reason to accept that offer, and Bobby Bonilla actually came out worse than he needed to. At the time, Fred Wilpon had invested serious portions of his earnings with hedge-fund manager Bernie Madoff. Before the Ponzi Scheme Madoff ran was exposed, Wilpon was earning a 10% return on his investments every year, which actually made the concept of deferred payments preferable to the lump sum. At an 8% interest rate, the Mets owner was still coming out ahead. As Cork Gaines of Business Insider puts it:

“To criticize the deal is to not understand that Bonilla gained nothing and the Mets actually came out ahead.

If Bonilla had accepted the $5.9 million in 2000 and invested the entire amount at 8% interest, the original investment would have grown to $104.1 million by 2035. If instead, Bonilla takes his annual payment and invests that with an 8% annual return, he would have $95.2 million by 2035….

But more importantly to the Mets, if they invested the $5.9 million at 8% interest in 2000. That money would have grown to more than $14 million before they had to make a single payment. And that money would continue to draw interest even while they are making payments.”

Essentially, the value of that $5.9 million to a team that was a year away from a World Series appearance, with every intent to acquire additional roster pieces, far exceeded the value of the payments they would have to make down the road.

In theory, all of this culminated into a positive business move. Unfortunately for the Mets, things did not work out the way they had foreseen. They came three games short of the title in 2000, losing at home to their crosstown rivals. Madoff went under, and Wilpon’s team was engaged its self-destruct sequence following massive financial losses. Today, the Mets are firmly on the rebound from the woes caused by Madoff’s Ponzi scheme with the team of cheap young prospects they were forced to build. But the Bonilla contract remains, a perennially surfacing reminder of what can go wrong when a franchise chooses to disregard the long game.

The Bobby Bonilla contract is the rare cautionary tale in which both parties wound up making it out alright in the end. Bonilla himself lives comfortably with his money and is an ever-present figure in the world of charity, while the Mets have maintained the financial freedom to make all the horrible free agent signings they please, and even the occasional solid move. Bonilla will live on as the golden boy of Flushing barroom trivia, and the Mets will almost certainly never pay another 36-year-old player for a quarter century. 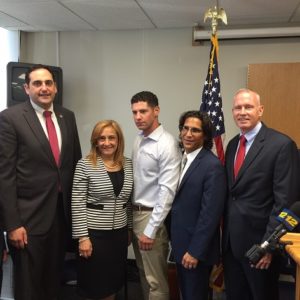