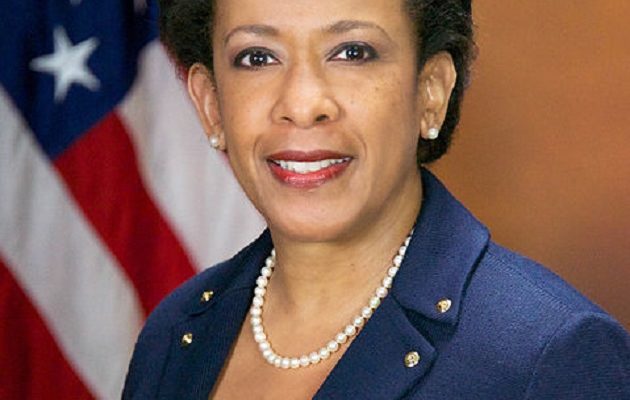 WASHINGTON D.C. – Loretta Lynch has found herself in some hot water after reports surfaced that the Attorney General met with former President Bill Clinton in an airport in Phoenix earlier this week, during an ongoing investigation of Hillary Clinton’s email scandal.

Lynch, acknowledging that her meeting with Clinton has “cast a shadow” over the investigation, has agreed to abide by the rulings of the prosecutors of the case and the director of the FBI. “This case will be resolved by the team that has been working on it from the beginning,” Lynch said, “I certainly wouldn’t do this again.”

The Attorney General was arriving in the capital of Arizona to attend a policing event on Monday, just as Bill Clinton was preparing to depart. When the President heard of Lynch’s arrival, he sent a member of his security detail to inform her he wanted to say hello. Clinton then boarded her government plane, where the two had a discussion.

Clinton and Loretta Lynch have a personal relationship that goes back to the days of his Presidential administration. Lynch worked as a prosecutor in cases on Long Island and in New York City until she was appointed chief federal prosecutor for the area in 1999, by then-President Clinton. Her appointment as US Attorney General was confirmed in early 2015, succeeding Eric Holder. Lynch is the first African American woman to ever serve in the post.

To her credit, the attorney general has demonstrated full awareness of the suspicious nature of the meeting. While Lynch claims the encounter was just a social visit between old friends, she also said it is “perfectly reasonable” to question whether ulterior motives were involved. The Attorney General says Hillary Clinton’s email scandal did not come up during the half-hour discussion, and the main topics of conversation were Brexit and Clinton’s grandchildren.

Despite the statements from Attorney General, the timing of the meeting, coming just as new information is being revealed in Hillary Clinton’s email scandal, has raised concerns that Lynch may tamper with the federal investigation currently underway. As prosecutors are looking into Hillary Clinton’s use of a private email server during her time as Secretary of State, and whether or not she withheld information that the public had a right to see, new facts have come to light that cast doubt on her claims of ignorance.

In March of 2009, Clinton sent an email to Huma Abedin, her top aid in the State Department, which seems to indicate she knew more about the issue of her server than she let on. “I have just realized I have no idea how my papers are treated at State,” Clinton wrote, “who manages both my personal and official files? … I think we need to get on this asap to be sure we know and design the system we want.” 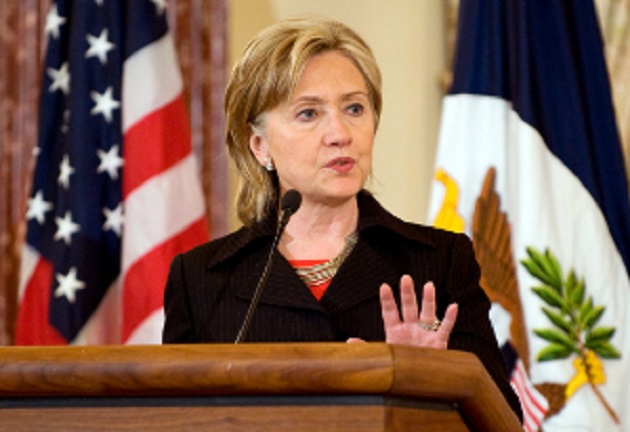 Hillary Clinton During her Time as Secretary of State, Source: Department of Defense, Public Domain

Clinton and her staff have been the sole arbiters in sifting through the mountains of evidence on her computer and turning over relevant emails to prosecutors. This old email, coupled with an additional 165 pages of business-related emails Clinton elected not to release that the AP published on Monday, suggest the former Secretary of State has long been playing an active role in concealing relevant information from prosecutors. For a candidate trying to convince the public she is trustworthy, Monday’s cache could prove to be a potentially fatal misstep.

Throughout the timeline of the probe, both Lynch and FBI Director James Comey have gone out of their way to stress that politics and personal biases will not play a factor. At best, Lynch and Clinton’s meeting was an unfortunate lapse of judgment exacerbated by a snap decision to talk with a friend that was blown out of context. At worst, the nation’s chief legal authority was caught coordinating with the spouse of the focus of a federal investigation.

The Republican establishment has reacted to news of the discussion between Loretta Lynch and Bill Clinton with suspicion and disapproval. Senator Marco Rubio told Miami 610 WIOD Radio “The notion that the prosecutor, the person who runs the Justice Department, would spend 30 minutes in a private conversation with the spouse of someone her department is investigating raises all sorts of red flags and even Democrats have admitted it.”

In a tweeted statement, Donald Trump said he believed “Bill’s meeting was probably initiated and demanded by Hillary,” and asked “does anybody really believe that meeting was just a coincidence?” He offered no corroborating evidence, but Clinton does have a history of sticking his foot in his mouth trying to defend his wife. However, he has so far been limited to minor public skirmishes like comparing Bernie Sanders supporters to the Tea Party. Compromising a federal investigation would be several rungs higher on the Ladder of Bad Decisions than Bill Clinton has gone since….well, you know.

In defense of the Clintons, John Morgan, an Orlando attorney and longtime Clinton campaign fundraiser, has said Bill Clinton barging onto a plane to have a personal discussion sounds perfectly in character for the former President. “If, in the plane next to his was me, he would come over and come up, because that is what he does,” Morgan said. “It doesn’t matter if it’s Loretta Lynch or Loretta Lynn. He’s coming over if he knows you.”

The Clinton campaign has declined to comment on the incident or Lynch’s remarks. The investigation into Hillary Clinton’s emails has gone on for months; Clinton is scheduled to meet with the FBI on Saturday. James Comey will soon have to make a decision of immeasurable magnitude; his verdict on the Clinton email probe may very well decide who becomes the most powerful person in the world in November. Both Clinton and Trump may wind up losing a lot of sleep trying to predict just what that decision will be. 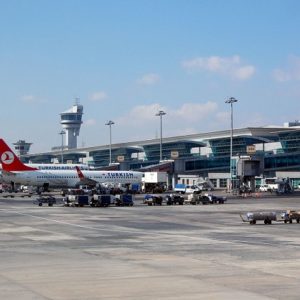 by Michael Adams ISTANBUL,- Istanbul’s Ataturk Airport was the sight of the world’s latest terrorist attack on Wednesday. Suicide...