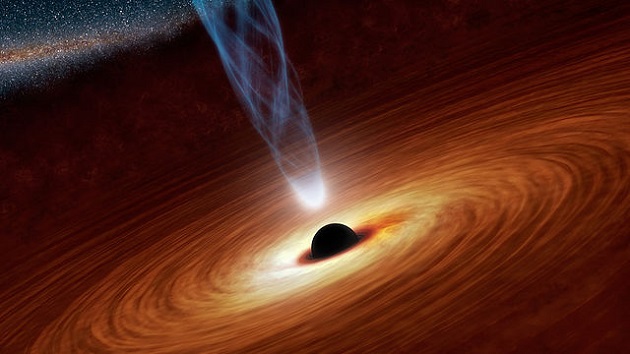 LIVINGSTON, LA- While most of the world is still reeling over the decision of the United Kingdom to back out of the European Union, the world of physics has put together a very strong week. Just a week after gravitational waves were detected for the second time, further proving Einstein’s General Theory of Relativity, scientists think the data they obtained may hold the keys to another decades-old mystery.

A team of scientists working out of Johns Hopkins University have theorized that, in addition to the discovery of gravitational waves, LIGO also inadvertently discovered evidence for the existence of dark matter, the fabled missing mass in the universe that equations predict, but so far has yet to be observed. In the paper published by JHU’s Department of Physics and Astronomy at the end of May, they make their case:

“We consider the possibility that the black-hole (BH) binary detected by LIGO may be a signature of dark matter. Interestingly enough, there remains a window for (black holes between 20 and 100 stellar masses) where primordial black holes (PBHs) may constitute the dark matter. If two BHs in a galactic halo pass sufficiently close, they radiate enough energy in gravitational waves to become gravitationally bound. The bound BHs will rapidly spiral inward due to emission of gravitational radiation and ultimately merge. Uncertainties in the rate for such events arise from our imprecise knowledge of the phase-space structure of galactic halos on the smallest scales. Still, reasonable estimates span a range that overlaps the 2 ? 53 Gpc?3 yr?1 rate estimated from GW150914, thus raising the possibility that LIGO has detected PBH dark matter. PBH mergers are likely to be distributed spatially more like dark matter than luminous matter and have no optical nor neutrino counterparts. They may be distinguished from mergers of BHs from more traditional astrophysical sources through the observed mass spectrum, their high ellipticities, or their stochastic gravitational wave background. Next generation experiments will be invaluable in performing these tests.”

The key thing to understand here is that dark matter is classified by its inability to be observed, at least in the traditional sense. The only method at our disposal for detecting these sorts of phenomena are to measure the effects they have on the matter and space that surrounds them. This same classification came be applied to black holes of a certain range in mass; generally smaller than the supermassive black holes that populate the centers of galaxies and are relatively easy to detect through their manipulation of the surrounding stars. The scientists are making the argument that these black holes, provided there are enough that are evenly spaced out and congregate around galaxies, could be an answer for a sizeable portion of the mass of the universe that we cannot yet account for. Since the idea that there are more black holes than we initially thought is already being floated around, this argument finds itself in a realm of possibility only recently carved out by observation. 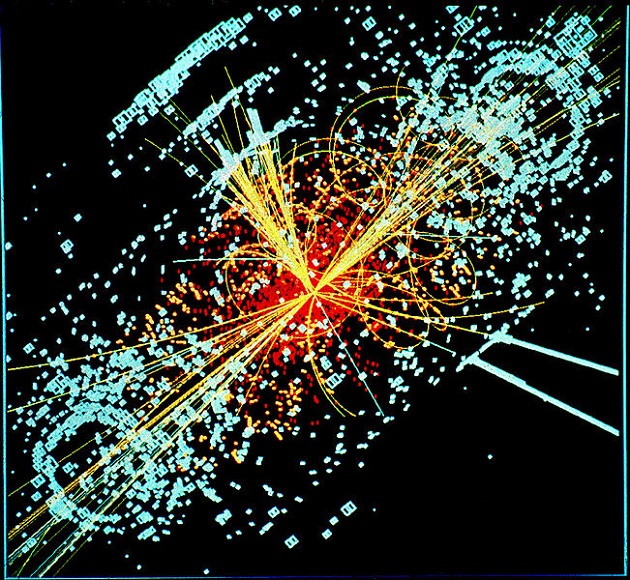 Diagram of the data from the collision of particles in the CERN’s LHC that first detected the Higgs Boson, Source: CERN

The same physicists who authored this paper caution against “betting the house” on this explanation, however. “We are not proposing this is the dark matter,” says Professor Marc Kamionkowski, “it’s a plausibility argument.”

This second detection of gravitational waves by LIGO—the Laser Interferometer Gravitational-Wave Observatory—in Louisiana comes less than a year after the initial discovery of the phenomena. Gravitational waves are distortions in space-time that propagate outwards from a point of origin, like light waves, or waves of any kind for that matter. Both times, LIGO has detected the waves as a by-product of two black holes colliding with each other and merging to form one, massive black hole, many orders of magnitude more massive than the Sun. The discovery of gravitational waves has long been anticipated, and being able to actually observe them in action will yield information on the nature of gravity that can’t be found through ordinary means.

Computer simulations point to the likely scenario that produced the initial discovery of gravitational waves. The black holes that collided are believed to have been the remnants of unfathomably ancient stars, massive stars that formed around 12 billion years ago, shortly after the dawn of the universe. In their deaths they collapsed inward, forming singularities so strong that nothing, not even light, could escape their pull. Over the eons, they spiraled closer and closer, taking the slow, tepid steps that would lead them to their ends. What LIGO managed to detect are the remains of our earliest ancestors, husks of the giants that expelled the gases and heavy elements that eventually congealed to form the world we see today.

While there is currently not enough evidence for scientists to be certain about the nature of dark matter—or the nature of gravitational waves for that matter—that may be changing sooner than later. While to date, only two gravitational wave events have been observed, upgrades that have been made to LIGO, totaling around $600 million, may enable that number to increase dramatically. According to Ken Strain, physics professor at the University of Glasgow, LIGO should be able to detect at least one gravitational wave event a month by the end of the decade. It is hoped that the wealth of data astrophysicists expect to be collecting soon will provide more definitive answers to the questions on the nature of gravity and dark matter. As for now, it seems the scientific community is on the precipice of a massive breakthrough, the likes of which may change our understanding of the cosmos forever. 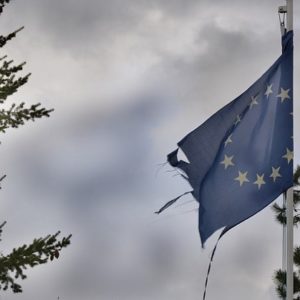 by Michael Adams LONDON, UK- The European Union is one member smaller today. In a move that sent shockwaves across the planet,...