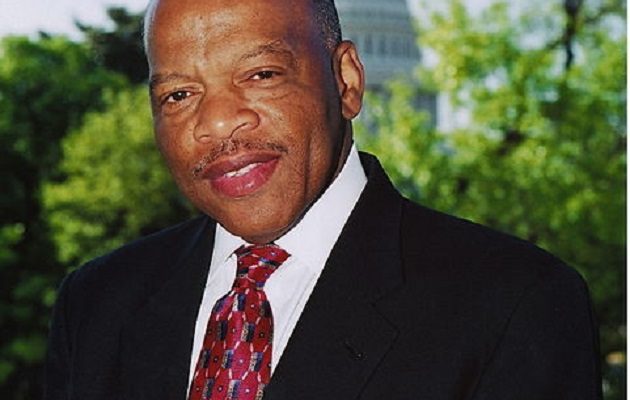 WASHINGTON D.C. – Georgia Congressman John Lewis, in a move that evokes historic protests from this country’s past, is leading Democrats in a sit-in on the floor of the House. The sit-in, which comes days after the Senate unilaterally rejected the gun control measures proposed in the wake of the Pulse shootings in Orlando, is the latest in a series of attempts to force Congress to address the issue.

Despite the latest polls showing 92% of Americans support universal background checks when somebody purchases a gun, and 55% support tougher gun laws in general, the nation’s legislature has so far opted to maintain the status quo. Voting on new proposals has largely fallen along party lines, and with a Republican majority in both the House and the Senate so far failing to budge, Lewis and his fellow Democrats have decided to take measures into their own hands.

Following Speaker Paul Ryan’s refusal, at Lewis’ request, to keep the House in session to discuss gun control legislation rather than going into recess, Lewis and the other House Democrats sat down at the front of the chamber. They have vowed not to leave anytime soon.

John Lewis is a 76-year-old Fisk University graduate from Alabama; he has spent most of his life in the trenches, fighting for Civil Rights. He is the only surviving member of the “Big Six” Civil Rights leaders, who were instrumental in organizing the famous March on Washington. Lewis’ skull was fractured in 1965 during the march from Selma to Montgomery. By his own count, he was arrested at least 40 times during his days as an activist.

After Lewis finished his speech, calling for his party to “occupy” the House floor, the Democrats behind him began to chant. “I’m sick and tired of being sick and tired,” they said, “No bill, no break!”

The chants have started a globally trending hashtag on Twitter. When Lewis later spoke to NBC News, he told them “sometimes you are moved by history.”

In response to the sit-in, Speaker Ryan cut off the C-SPAN cameras, leaving the Democrats and the American public in a blackout as the protests carried on. The House Speaker’s office controls the C-SPAN cameras; C-SPAN itself has denied any involvement with the blackout.

C-SPAN has no control over the U.S. House TV cameras.

Both President Obama and former President Bill Clinton have stood in solidarity with Lewis and the House Democrats, voicing their support for the sit-in.

Thank you John Lewis for leading on gun violence where we need it most. https://t.co/vctfqAH5Wt

Paul Ryan has not committed to holding a vote. AshLee Strong, Ryan’s spokesperson, said in a statement that “The House cannot operate without members following the rules of the institution, so the House has recessed subject to the call of the chair.”

While historically Republican Congressmen have opposed gun control on the basis of serving their constituency, this justification no longer holds water. In the same CNN polls that found 92% of Americans support background checks, 90% of Republicans said they supported banning the sale of firearms to people on the terror watch list or “no fly” list. That number is 5% higher than the number of Democrats who said they support the same measures.

A bill banning the sale of firearms to people on the terror watch list was one of the bills struck down by Republicans in the Senate on Monday.

Much of the Congressional debate over gun control has been haunted by the specter of the NRA.  The National Rifle Association is one of the largest and most influential lobbies in the country, and has long been contributing to congressional campaigns to sway the tendencies of the legislature. In 2012, the NRA donated money to 261 candidates; 213 of them won a seat, meaning around 80% of the 113th Congress was in the NRA’s debt. The NRA has spent literally millions of dollars to purchase influence over senators like Republican Thom Tillis and Senate Majority Leader Mitch McConnell, both of whom consistently vote down gun control measures proposed in the wake of mass shootings. Samantha Bee, host of TBS’s “Full Frontal,” and former correspondent for “The Daily Show,” put together a video on Monday night that showed McConnell and Texas Senator Ted Cruz echoing the talking points made by NRA representatives only days earlier.

Samantha Bee Calling Out Senate Republicans for Ignoring Their Electorate

After years without any progress on the issue, with all sides divided along lines of partisan politics, the last few days have offered hope for, at the very least, more honest debate. A new, bi-partisan proposal, lead by Republican Senator Susan Collins, is gaining traction among Republicans in spite of the influence the NRA traditionally holds over the party. The proposed bill is more extensive than anything brought up recently, even by Democrats, and includes FBI surveillance for anybody on the no-fly list who purchased a gun within the last five years. If this proposal had been passed before the Orlando shooting, the gunman would have been under the watch of federal law enforcement. “If you’re too dangerous to fly on an airplane,” Collins said Tuesday, “you’re too dangerous to buy a gun.”

It is a matter of debate whether new gun control measures would have prevented any of the massacres that have occurred over the last few years. It is also a matter of debate if these measures will lead to the drop-offs in gun violence their advocates hope for. What is not a matter of debate, however, what has been consistently proven by surveys and statistics, is that the American people are tired of being told there is no way to prevent mass shootings. The public has clamored for change for some time now; all that remains to be seen is whether or not the powers that be in Washington are finally ready to listen. 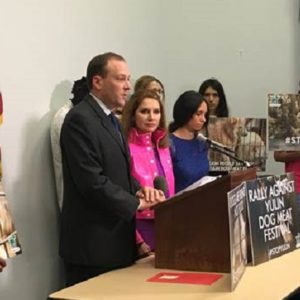