LONG ISLAND- The sale of Cablevision to the Netherlands-based telecommunications company Altice was finalized on Wednesday.  The company, chaired by Moroccan businessman Patrick Drahi, will become the fourth largest cable operator in the United States after the roughly $10 billion purchase.

The deal, which comes with its fair share of conditions, is expected to have a widespread impact on Long Island and the surrounding area. Originally, Altice promised its shareholders more than $1 billion dollars in cost cutting after they took control of the cable provider from the Dolan family. This was expected to mean massive layoffs and pay cuts, putting more than 13,000 Cablevision employee’s on the razor’s edge since negotiations were originally announced a year ago. Drahi himself has stated “I don’t like to pay salaries. I pay as little as I can,” raising concerns that customers might see a drop in quality from such Cablevision-run enterprises as MSG Varsity and Newsday.

The actual agreement that was brokered, however, is contingent upon Altice exercising restraint when it comes to its newly-acquired employees and services. As per the Public Service Commission’s conditions of approval, Altice may not lay off any employees in “customer facing” jobs for four years. While on the surface this sounds comforting, it’s not difficult to imagine a scenario where jobs now classified as customer service positions are reinterpreted. As of now, no such protection has been offered for general employees.

In addition to safeguards against layoffs, Altice had to agree to keep internet and TV service quality at least consistent with present levels, with “most favored state” status granted to its customers residing in New York. During states of emergency, the company will provide free access to WI-FI and news content, and submit a resiliency plan detailing how it will improve upon its response and repair efforts during emergencies. Following a massive blackout for most of Long Island during Hurricane Sandy, with a total of six hurricanes predicted to hit the Atlantic region this season, it’s not hard to see why these stipulations have been included.

Under the terms of the deal, Altice paid $34.90 for each share in Cablevision, as well as a premium of 22% of the price of the company’s stock, in addition to assuming Cablevisions debts. Altice has stated they have no intentions to sell off any of the assets they have just acquired.

Altice plans to expand its operations in the United States after it takes time to integrate its new services into the company as a whole. According to Dexter Goei, Chairman of the company’s USA division, and new CEO of Cablevision, Altice “will continue to grow through acquisitions, either by buying more cable in other geographies in the country or by looking at other revenue streams.” He later added “There’s a lot of large players and a lot of medium-size players such as ourselves who may look to partner up or do things.” This deal comes a year after the company acquired Suddenlink Communications for $9.1 billion, making its initial foray into the country after establishing itself in Europe. Altice’s American holdings now compose 40% of its total assets.

On the other side of this agreement, the famed Dolan family of New York is bidding a fond farewell to the company they founded over 40 years ago.  James L. Dolan, Cablevision’s former CEO and owner of the New York Knicks, released an official statement back in September as the deal was being agreed upon:

“Since Charles Dolan founded Cablevision in 1973,” Dolan said, “the Dolan family has been honored to help shepherd our customers and employees through the most extraordinary communications revolution in modern history. Now, nearly half a century later, the time is right for new ownership of Cablevision and its considerable assets.”

Dolan’s father Charles founded the company with 1,500 initial subscribers. Now, the payout for his family at the end of that small operation is in the billions. After a contentious history with Long Island and New York as a whole, which has included numerous blackouts, threats of denying access to major world events, dubious billing practices, and a consistently average customer service rating, the Dolans are leaving their company on a bittersweet note.

While the near future looks to be the same for the cable provider and its associated subsidiaries, big changes may follow in the years to come as Altice either satisfies the Public Service Commission’s requirements or finds a legal loophole around them. We will see soon enough what the Dutch communications giants are looking to bring to the table, and whether or not they intend to challenge stalwarts of the industry like Time Warner Cable. For now though, it seems it is business as usual for Long Island. 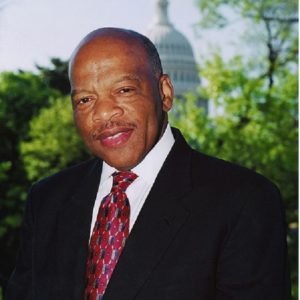 by Michael Adams WASHINGTON D.C. - Georgia Congressman John Lewis, in a move that evokes historic protests from this...