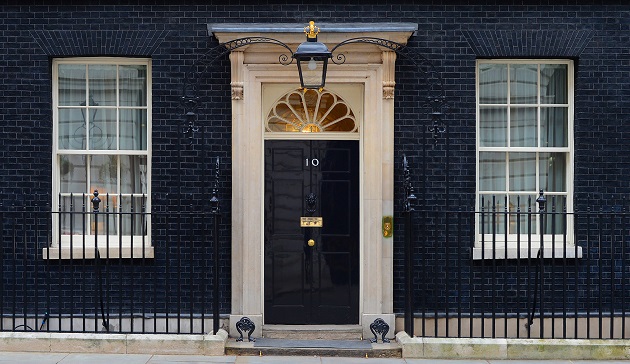 LONDON, UK- On Thursday, the citizens of the United Kingdom will vote on a referendum that proposes a very simple question: should the UK remain a member of the European Union, or should it leave?

The options voters will be offered are both just one word in length, but the difference between “Remain” and “Leave” has sparked an intense debate throughout the nation, even prompting a man to murder MP Jo Cox. Thursday will see Britain aim to solve its existential crisis as Europe and the world cling to the edge of their seats, fully aware that their fates hang in the balance as well. The “Brexit,” as it has been deemed, would start as the prevalence of a single word over its antonym, scarcely more than a day from now, and may wind up deciding the future of an entire continent.

Proponents of Brexit—a camp which includes former mayor of London Boris Johnson and Nigel Farage, leader of the UK Independence Party—argue leaving the EU will allow citizens to “take back control of this country’s destiny,” and prevent non-Britons from taking jobs from natives. Opponents of the movement, among them Stephen Hawking, Richard Branson, and London mayor Sadiq Khan, say an exit would be economically disastrous and irreparably restrict the flow of culture and ideas.

Nearly every expert and financial institution with a horse in the race has urged a “Remain” vote in the referendum. Billionaire George Soros warns that a Brexit could lead to a “Black Friday,” as investors sell the pound in mass and the economy follows the plummeting currency into recession. Prime Minister David Cameron says a “Leave” vote would make Britain “a permanently poorer country in every sense.” The Bank of England, the International Monetary Fund, and the EU itself have all cautioned the public to stay the course as well.

Although there is a near-unanimous consensus against a Brexit from the world of finance, polls trying to ascertain the views of the populace remain inconclusive. Markets around the world have been fluctuating with every reported shift in opinion, completely at the mercy of the latest survey.

Despite warnings that Brexit will bring about the ends of days, the debate has received relatively little coverage in America outside of financial networks. Bringing the entire country up to speed on an issue that has been brewing for decades is no easy task. Crucial to any understanding of the UK’s looming decision is an understanding of the European Union, Britain’s place in it, and the economic network that permits this referendum its world-shaking potential.

The birth of the EU has its roots in the end of World War II. The European Steel and Coal Community was formed by the Treaty of Paris in 1951, with the goal of integrating the economies of the continent to incentivize the avoidance of war. The more comprehensive European Economic Community was established seven years later by the Treaty of Rome. The EEC was meant to lead to a federation of its member nations, a United States of Europe, so to speak. The support for a supranational union was centered upon the memories of the destruction that Fascism wrought upon Europe in the Second World War. If Europe could set aside its nationalistic sentiments, maybe history wouldn’t repeat itself. The most recent step towards this goal was taken with the 1992 signing of the Treaty of Maastricht, which formally established the European Union, as well as its intent to create a common currency by the end of the millennium. That currency, the Euro, came into being in 1999, and has been adopted by 19 of the EU’s member states, most recently Lithuania in 2015.

The issue of the Euro is at the heart of the Brexit debate. Of all the countries in the EU, the UK is the only one that has neither adopted the Euro, planned to adopt it, nor tied its value to that of its own currency, having secured an opt-out from that obligation during negotiations for the Maastricht Treaty. Still unwilling to relinquish its power to set its own interest rates, the decision to stick with the Pound Sterling has put the country at arm’s length from greater integration, a position that does not upset Euroskeptics wary of the EU in general.

Indeed, one of the strongest arguments to be made for leaving the European Union, according to British economist Andrew Lilico, is that the UK’s unique status has prevented it from realizing its “proper destiny”  as an integrated superstate. Britain’s fate in the EU, Lilico argues, has been sealed ever since the country first refused to adopt the Euro. “In order for the eurozone to work properly as an economic unit,” he says, “it needs a proper system of fiscal transfers.” Lilico points to the difficulties the EU has had resolving the economic crises in Greece and Spain as reasons the Union needs greater authority over financial institutions, which it will never have so long as the entire operation does not work under one currency. 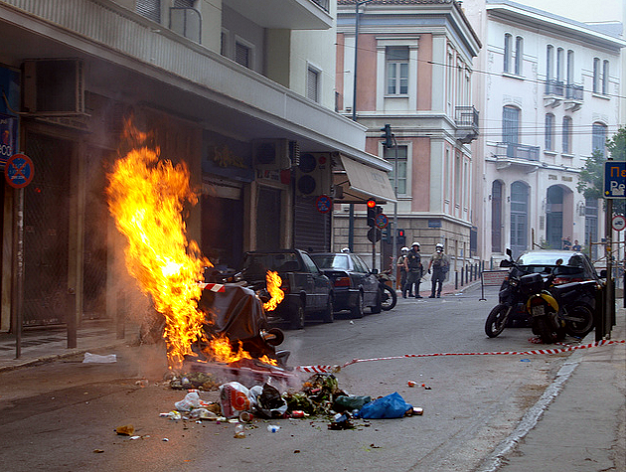 A Trash Can on Fire During A Riot in Athens in 2011, Source: Wikipedia, Linmtheu, Flickr

“We’ve gained considerably by being in the EU,” Lilico claims, “but the sorts of gains we’ve made are gains we can’t repeat from here. Once we withdraw, the EU will be able to become a unified state. It will allow the EU to grow faster, which will be to our advantage as well.”

The counter-argument to this vision of unimpeded growth is the domino effect that the departure of the UK might have on the European Union. The British don’t have anything approaching a monopoly on ambivalence towards the EU; the secretive, sparsely understood Trialogue (referring to the European Council, European Commission, and European Parliament) that governs it is widely despised throughout continental Europe. If the UK were to succeed at leaving the EU, it would inspire growing nationalist movements from France to Texas, and could lead to a mass withdrawal of countries from both the Eurozone and the union at large. In a twist of irony, the European Union may well be undone by the very sentiments it was formed to combat.

A disintegrated and destabilized Europe also poses significant security concerns. In addition to economic crisis, Soros also feels the collapse of the EU could thrust a resurgent Russia into the seat of global dominance once more, in a reversal of what happened in the West after the fall of the Berlin Wall.

Much of the support for a Brexit revolves around the contentious issue of national sovereignty, subsidiarity in the EU lexicon. Being one of the more influential nations in Europe, many Britons feel uneasy having their nation so beholden to decisions made in Brussels, particularly when it comes to immigration. UKIP, the United Kingdom Independence Party, has risen to prominence by opposing the freedom of movement of labor laws that make it relatively easy for Europeans outside of Britain to migrate into the UK. Though the UK actually has the stricter immigration policies than most EU members, fear over migrants taking jobs from local citizens, as well as a potential influx of refugees, have lead many to call for a closing of borders. Opponents of Brexit argue that bringing border control from France to England will only worsen the immigration concerns, and any jobs gained back would be offset by the loss of 3 million jobs directly linked to the EU.

If movement between the UK and the rest of Europe were to be restricted, it would impact the world of arts, science, and sports as well. Musicians who can currently tour throughout Europe relatively cheaply would need to go through an extensive visa process to do the same in a world where Britain leaves the EU. The ex-stars of Top Gear, Jeremy Clarkson and James May, recently announced their support for the “Remain” camp, raising the issue of how difficult it would become to travel and import automobiles from continental Europe. Even soccer legend David Beckham has urged his countrymen to stick with the EU, saying his time playing abroad proved to him “we should be facing the problems of the world together.”

The migrant issue is also linked to the issue of trade. While Brexit supporters feel the UK is contributing more than it receives through taxes than it receives from the EU, 44% of all Britain’s exports go to other EU nations. The European Union ranks first in the world in terms of imports and exports, the economic benefits the UK reaps as a member statistically outweigh what it contributes monetarily. If Britain were to leave, it would necessitate a renegotiation of its current trade agreements with the EU, and supporting European migrants may prove a pivotal issue if a favorable deal is to be reached. While some feel the UK could adopt a detached relationship with the EU politically, while remaining an active trade partner, similar to the position of Norway, David Cameron is not among them. For a country that opposes being tied to the larger political structure of the continent, Cameron argues not having a seat at that table would prove even more infuriating.

Parallels have been drawn between the Brexit movement and the support for Donald Trump in the United States. Like many Americans, the British have grown tired of politics, and see leaving the EU as the clearest possible message to Downing Street that the powers that be need to change their approach to governing. Independence from greater Europe is a sentiment that goes right down to the UK’s geography. As comedian John Oliver explained during a segment of Last Week Tonight, “There is an innate, British desire” to rebel from the wishes of the continent, that has only now been pushed into the realm of politics.

The world will hold its breath over the next couple of days until it is clear exactly what path the UK is going to take. Regardless of the results of the Brexit vote, this latest crisis will likely lead to calls for widespread reform of the European Union in the hopes this is a one-off existential crisis. Change will come for the world either way; a vote of “Remain” will not patch up the issues that lead to the Brexit movement in the first place, a vote of “Leave” will raise more. What will happen next, despite all the time that has been spent trying to predict the outcome, is really anybody’s guess. 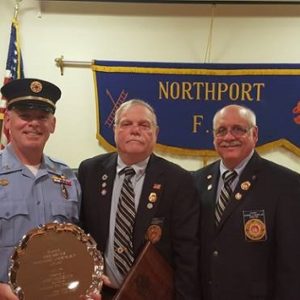 NEW YORK - The Firemen’s Association of the State of New York (FASNY) has named John McKenna, a 30-year member of the Northport...