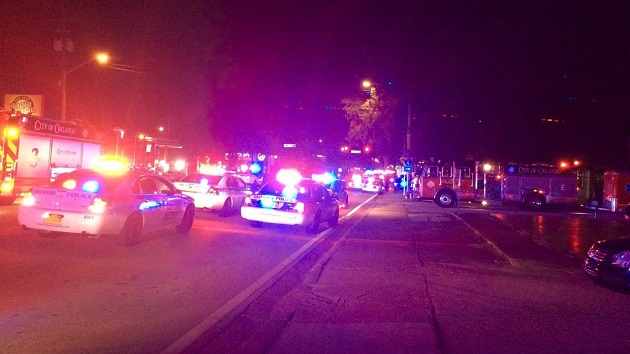 ORLANDO, FL- New details have emerged surrounding the massacre of 49 people at the Pulse nightclub in Orlando, mostly pertaining to the perpetrator and his possible motives. They paint a confusing, conflicted picture of the man who committed the most horrifying crime in recent memory.

According to multiple survivors, the shooter—who will continue to not be named by this website—was a frequent patron at Pulse Orlando. At least four regulars at the club have testified to that fact. Ty Smith, himself a clubgoer, said he saw the gunman at the club at least a dozen times, often sitting alone and drinking until he got belligerent. Smith added, “We didn’t really talk to him a lot, but I remember him saying things about his dad at times. He told us he had a wife and child.”

Multiple media outlets have reported that in addition to frequenting Pulse, the shooter maintained an account on the gay dating app Jack’d. Kevin West, another regular at the club, said the gunman had messaged him on occasion for around a year before the attack took place. When FBI officials West made contact with at a local police station showed him a picture of the man, he confirmed his identity. West turned his phone and log-in information over to the FBI, who, as of now, are still sifting through the data. The CEO of Jack’d has reported that the company has not yet found proof he had an account on the site.

Reports that the Orlando shooter was gay don’t seem to come as much of a surprise to his ex-wife, who had herself questioned his sexuality during their marriage. Sitora Yusufiy said of her husband that “there were things he would do in his daily life that most straight men don’t do,” adding, “he would take a long time in front of the mirror, he would often take pictures of himself, and he made little movements with his body that definitely made me question things.”

Yusufiy believes that any proclivities her husband may have harbored were repressed due to the attitude of his family. She said his parents, his father in particular, had very high expectations for their only son, and his desire to live up to them was one of the chief motivators in his life during the time they were together. That same pressure lead him to be violent with her on countless occasions, for almost no reason at all. “It’s pretty pressured. You have to be perfect in every way, you have to have a high education, you have to be totally respectful,” Yusufiy said. “And not be in any way homosexual, that’s for sure.” 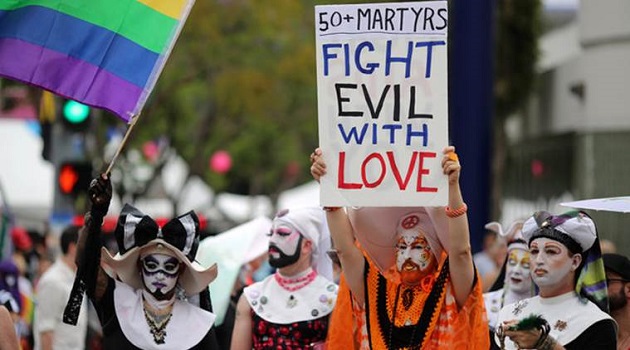 The gunman’s father, who has gone on the record saying he believe gay people will be punished by God, said he does not believe his son was gay. He had earlier reported that his son had “a reaction” upon seeing two men kissing in front of his family, and that it may have been the tipping point that eventually lead him to attack the nightclub. As to the exact nature of this reaction, he did not comment. He has testified that his son, to his knowledge, was not particularly religious, and had shown no signs of becoming radicalized to his family. “I’m really speechless what he did,” his father said, “I don’t forgive him as a father.” When asked about his son’s sexuality, he said “I heard the news that you heard. To me that is wrong, I didn’t see it.”

The Orlando gunman was, by all accounts, a man with a conflicting personality. For every former co-worker who said the man they knew was a bigot and a homophobe, there is a former classmate who said he tried to pick them up at a gay bar. Even his own testimony to 9-1-1 during the shootings point to a man who, above all else, was confused. The gunman pledged allegiance to ISIS, but also stated his solidarity with the Vero Beach man who became a suicide bomber for the Al-Nusra Front, an organization currently fighting ISIS in Syria, and the Boston Marathon bombers. For a man who consumed such a large amount of jihadist propaganda to have his own story and allegiances so crossed is certainly unusual, and points to that pledged allegiance being an excuse for a deeper, more personal motivation. Federal officials who have analyzed the gunman’s phone records and search history have found a significant amount of terrorist propaganda, but nothing directly pertaining hatred of the LGBT community, suggesting that aspect of the shooting was nobody’s idea but his own.

It is not at all unusual for people with a repressed sexuality to lash out against others who openly express their own. Many in the LGBT community, upon hearing the latest news on the gunman’s conflicted personal life, say the revelations do not surprise them. Jim Van Horn, another regular at Pulse Orlando, was asked what he thought when he saw the picture of the man he’d seen so many times at the night club. “We just went, ‘Oh. That makes sense,’” he said. Later on he added “I think it’s possible that he was trying to deal with his inner demons, trying to get rid of his anger of homosexuality. It’s really confusing to me. Because you can’t change who you are. But if you pretend that you’re different, then you may shoot up a gay bar.”

Noor Zahi Salman, the gunman’s wife at the time of the massacre, is under a criminal investigation. She reported she was worried he was going to attack a gay club the night of the shootings, and pleaded with her husband not to go through with it, but failed to warn the cops of any potential attack. Authorities in the case are considering filing charges against her for that failure to notify law enforcement officials before her husband carried out the deadliest mass shooting in US history.

As more details surrounding the personal motives and back-story of the Orlando shooter are revealed, it might turn out that the reasons this massacre took place are something entirely different than the reasons being floated around by witnesses and acquaintances. For now, however, all signs point to something all too familiar for members of the LGBT community: that one of their own, who could not come to terms with who he was as a person, chose instead to lash out at others in retaliation. The narrative is certainly not unfamiliar, though in its latest iteration, it has become more disturbing now than ever before.

Hillary Clinton Says One Thing, Her Campaign Finance Says Another 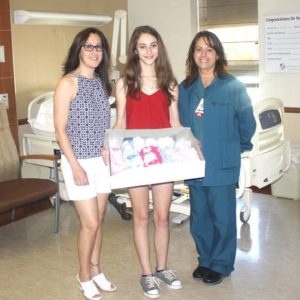