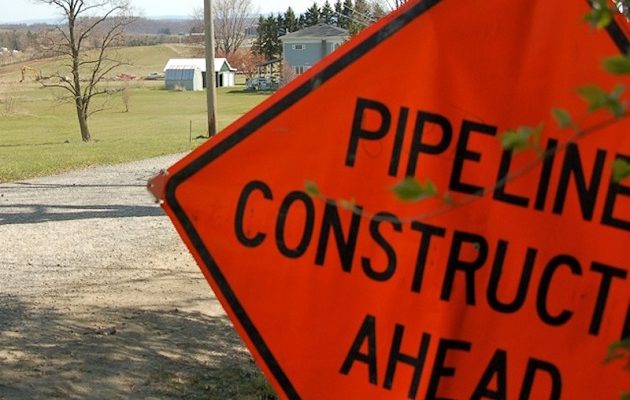 Calling itself “United Against Fossil Fuels,” the group spoke out about the harmful effects of fracked oil and gas development on New York residents and the environment. Even though fracking has been banned in New York, said Becky Meier, co-founder of Stop New York Fracked Gas Pipeline, building pipelines just perpetuates that damage.

“If we build the gas infrastructure, we will use it,” she said,” and we have to focus our attention on renewable energy if we want our life to continue as we know it.”

Supporters of natural gas have pointed out that it burns cleaner than other fossil fuels. However, opponents have noted that methane is a potent greenhouse gas that contributes to global climate change.

Pipeline opponents are winning some battles. Meier was part of the grassroots movement against building Northeast Energy Direct, a 400-mile pipeline from the fracked wells of Pennsylvania to Boston.

“That pipeline was suspended for a variety of reasons,” she said, “market conditions, prices and the substantial local fights against it.”

In April, the state of New York denied construction permits for the 120-mile Constitution Pipeline, and legislation has been introduced to stop development of the Pilgrim Pipelines, which would carry crude oil and refined products between Albany and New Jersey.

Meier said she thinks Gov. Andrew Cuomo showed leadership last year by banning fracking in New York, adding that “he now should do all in his power to ban the continued infrastructure build-out in New York state.”

Meier said many proposals for fossil-fuel infrastructure projects still are pending in the state. 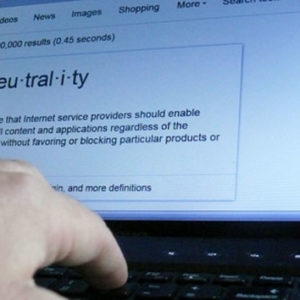 WHITESBURG, KY. - A federal court has upheld the Federal Communication Commission's decision to treat the Internet like a utility...