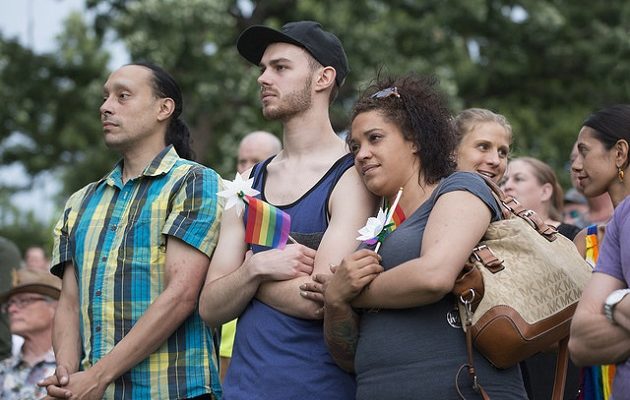 ORLANDO, FL- (A quick note before this article begins: the name of the gunman who killed 50 people at the Pulse nightclub in Orlando will not be mentioned. Let him get his fame elsewhere, murder should not be a path to celebrity.)

As Saturday night rolled into Sunday morning, the patrons of the Pulse nightclub in downtown Orlando kept dancing and celebrating. It was Latin night at the club, just like every Saturday. There were precious few hours left in the weekend; they would soon be returning to their jobs and their daily routines, and were just as eager to push that out of their heads as anybody. Now, as the Monday they dreaded gets going, the survivors of the night find themselves in a nightmare more awful than anything they could have imagined. 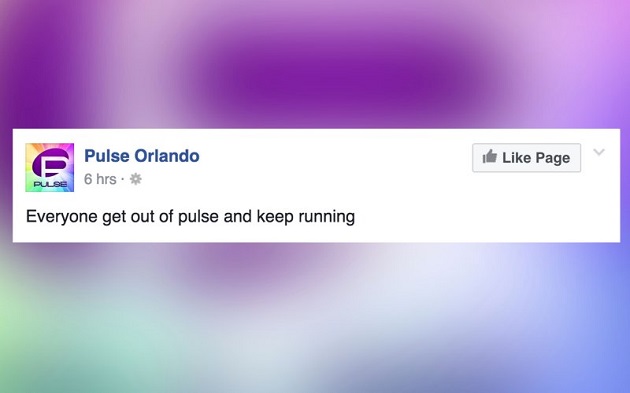 Patrons of Pulse originally thought the loud bangs they heard were part of the music, until they continued on after the music stopped. Frightened victims scrambled to find shelter and send messages to loved ones to call for help. Eddie Justice, a 30 year old accountant who liked food and working out, texted his mother farewell from inside the bathroom. “Mommy I love you,” he said, “I’m gonna die.”

Eddie was confirmed dead this morning.

The outpouring of support for the victims around the country and around the world has been nearly continuous since news of the shooting was first reported. Landmarks everywhere have been illuminated with the rainbow colors of the Gay Pride Movement in a show of solidarity with the victims, Orlando, and the LGBT community as a whole.

Being gay in the Deep South means living under anxiety and the threat of violence, which makes this attack on a safe place for the community even more terrifying. Pulse has served as a pillar of Orlando’s LGBT community since it was founded in 2004. Barbara Poma and her friend Ron Legler opened the club to help raise awareness of the community in Orlando, and pay tribute to her brother John, who died from AIDS. Pulse describes itself as “not just another gay club,” and has spent over a decade living up to that reputation. As Poma explains on the club’s website, “”It was important to create an atmosphere that embraced the gay lifestyle with décor that would make John proud. Most importantly, (we) coined the name Pulse for John’s heartbeat — as a club that is John’s inspiration, where he is kept alive in the eyes of his friends and family.”

Texas Lieutenant Governor Dan Patrick was right when he tweeted a Bible verse in response to the shootings that says a man reaps what he sows. Politicians and religious figures, who for decades have found it appropriate to sow the seeds of hatred and discrimination against the LGBT community, can hardly put on a convincing act of shock when an act of violence is perpetrated against the same community they helped marginalize. The shooter’s father believes his son was compelled to violence after he witnessed him become enraged at the sight of two men kissing in front of him. Sadly, the only truly unusual thing about this latest bloodbath was the number of people who lost their lives.

The gunman, who was born in the US, called 9-1-1 during the massacre to pledge his allegiance to ISIS. No definitive information on whether or not he was aided by the terrorist organization is available as of yet, but both President Obama and FBI Director James Comey believe he was at least partly radicalized through viewing information available on the internet. He has been described by his former co-workers as angry and profane, and by his ex-wife as “mentally unstable and mentally ill,” adding that he beat her regularly and had not been particularly religious. Even his father, an Afghani-American whose strong views include support for the Taliban and a belief that gay people will ultimately be punished, condemned his son’s actions, saying that he did not forgive him and that it “had nothing to do with religion.” 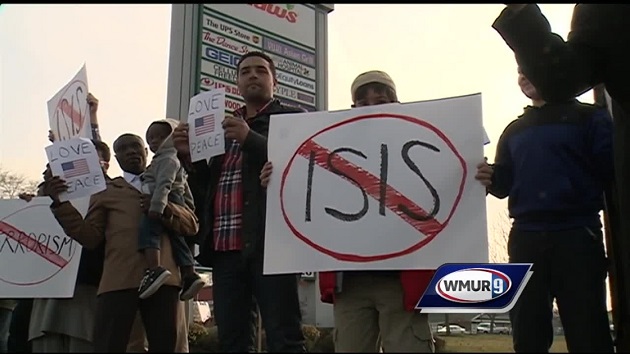 The nonexistent validity of the massacre’s ties to legitimate Islamic faith, which preaches nonaggression, has not stopped the usual invective against “radical Islam” in America from flaring up again. Old wound are once more being forced open, and the spin of pundits and politicians is turning what should be a pleading cry for unity into a wedge to further separate Americans from other Americans. Donald Trump has given himself credit for “being right on radical Islamic terrorism,” calling for President Obama to resign if he doesn’t throw an entire religion under the bus and restarting his calls for a “total and complete ban” on Muslims traveling to the United States. Temporarily, of course. He reiterated the comments he made following the San Bernardino shooting, which resulted in a surge of popularity for the real-estate mogul. Donald Trump has, quite simply, proven himself skilled at spinning violence in recent months.

Hilary Clinton has also taken the spotlight on her reaction as an opportunity to press for her political agenda, mainly in the form of gay rights and gun control. Late to the party by Democratic standards in calling for equality for the LGBT community, this serves as another platform on which she can make up for lost time politically. After a shooting in Oregon last year, Clinton called for a comprehensive reform of gun control laws and an expansion of background checks. This seeming urgency begs the question as to why she had to wait for a shooting to make those points.

On a purely factual basis, it is also worth noting that the majority of the perpetrators of recent mass shootings in the United States, including the Orlando massacre, purchased their guns through completely legal channels and passed the requisite federal background checks. The gunman, who had been investigated by the FBI for potential ties to terrorism, still managed to legally acquire assault weapons.

More and more the response to these sorts of events is characterized by polarization among the public. Whatever your personal opinions on the issues at hand might be, the one thing that cannot be argued is that this division within the country is good for the terrorists. Terrorism uses fear and violence in an attempt to accomplish political goals, and the reactions we as a nation give when we shy from love and towards anger are as good an indicator as any that the goals of these attacks are being achieved. Even if it turns out the Orlando gunman had absolutely no formal connection with ISIS, his self-radicalization is a manifestation of both their strategies and the larger philosophy of Al-Qaeda.

Though Al-Qaeda has not claimed responsibility or involvement in this attack, they are tied to ISIS through a decade-long unison from 2004 to 2014. Saif al-Adel, an Al-Qaeda operative and former Egyptian military official involved in the 1998 bombing of the US embassy in Kenya, authored a document called “Al Qaeda’s Strategy to the Year 2020.” One of the key elements of this strategy was the conversion of Al-Qaeda into an ideal, a loose set of principles that could be adopted by organizations and individuals all over the world. Between ISIS, Boko Haram, and the numerous independent individuals who have committed acts in support of this ideology, it is safe to say this conversion has taken place.

When events like those that took place in Orlando are used to justify Islamophobia, it pushes the country further and further from the ideals it was founded upon. When an attack on a gay night club is used to fuel calls for discrimination, it is an insult to the memories of everyone who lost their lives in the tragedy. This hateful rhetoric also rings true as being wildly disrespectful to the late Muhammad Ali, a champion of his misunderstood creed perhaps even more than boxing. Make no mistake; this sort of reaction is exactly what groups like Al-Qaeda and ISIS expect from us. They plan their larger strategies around the idea that they will be able to draw more Muslims to their cause as a result of turning the West against the same people with whom they claim kinship, the same people they kill in greater numbers than anybody else.  They need our nation’s political spinsters more than we ever will. 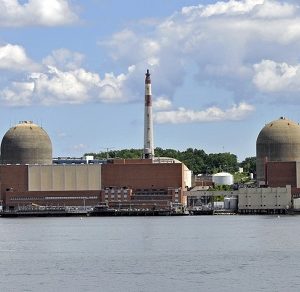