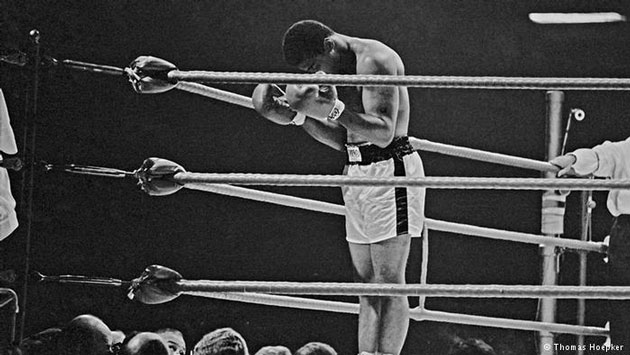 LONG ISLAND, NY – As the sun rises on the first day of Ramadan, American Muslims find themselves under greater scrutiny than at any point in the last decade. With the scars of September 11th still fresh in the minds of many, Muslims will spend the next month in worship amid a background of increasing intolerance. With the world still reeling from the loss of Muhammad Ali –a legend by any standards—remembering the world champion boxer as an ambsassidor for his faith is more important now than ever.

Many of the nation’s leading political figures have fueled the fires of hostility towards Muslims. Donald Trump has called for a ban on Muslims entering the US. Even local representative Peter King has at various points in his career come under fire for his inflammatory comments and controversial hearings on the “radicalization” of the American Muslim community, hearings which for many echo the sentiment of McCarthy’s hearings on communism some sixty years ago.

When placed in this context, the fact that Muhammad Ali’s legacy is so pervasive and universally revered is truly incredible. The boxer formerly known as Cassius Clay converted to Islam in 1965, after meeting Malcolm X several years earlier and attending meetings of the Nation of Islam since 1961. Clay was renamed Muhammad Ali by the Nation’s leader, Ellijah Muhammad, in honor of both the chief prophet of Islam and one of its most significant early leaders. Ironically, Malcolm X split from the Nation of Islam only a few weeks after Ali joined. The latter regarded his decision to turn his back on his friend as the biggest mistake of his life. Malcolm X was assassinated before they could ever reconcile.

Ali’s conversion was a lightning rod for controversy in a country heavily divided by race. Many white journalists refused to call him by his new name, and huge segments of the population felt offended by his choice to adopt the controversial narrative of the Nation, which found white people guilty for perpetrating genocide against African Americans. Never one to back down from opposition, Muhammad Ali responded with what became one of his most famous quotes:

Muhammad Ali’s faith was the chief reason for his refusal to be drafted to fight in the Vietnam War. Ali declared himself a conscientious objector on the basis that the Qu’ran preached abstinence from war, and said on more than one occasion he wouldn’t take part in “Christian wars.” Ali was denied his status as a conscientious objector, and paid a heavy price for refusing induction into the Armed Forces. His world championship title was stripped from him, he lost his license to box in all 50 states, and he spent three years of his life embroiled in a battle for what he believed.

The boxer’s decision not to fight influenced countless others to do the same, and had a direct impact on society that no athlete, not even Jackie Robinson, had ever equaled. Ali’s decision even inspired Martin Luther King to speak out in opposition to the war, a topic he had avoided for years. As New York Times columnist William Rhoden later wrote, “Ali’s actions changed my standard of what constituted an athlete’s greatness. Possessing a killer jump shot or the ability to stop on a dime was no longer enough. What were you doing for the liberation of your people? What were you doing to help your country live up to the covenant of its founding principles?” To this day, the ghost of Ali can still be found throwing a jab whenever an athlete takes a stand for his beliefs. Countless sports figures are in his debt. 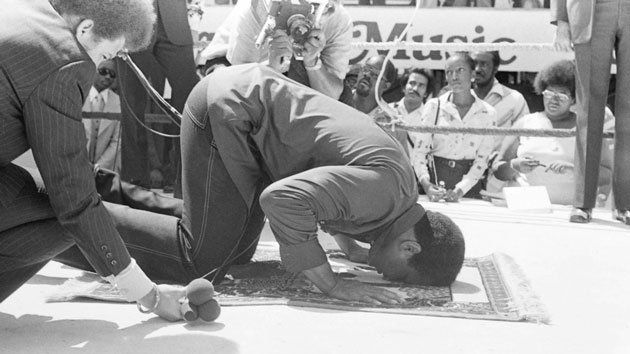 Ali praying before a fight with Ken Norton in 1976. Source: The Ring Magazine/Getty Images, 1976

Muhammad Ali left the Nation of Islam in 1975, after becoming displeased with the direction the organization was taking following the death of Ellijah Muhammad. He converted to Sunni Islam, ultimately embracing the teachings of Universal Sufism. In the coming decades, Ali stood tall as perhaps the strongest hero 3.3 million American Muslims have ever had.

At no time was Ali’s capacity as an ambassador for his misunderstood faith ever more important than in the wake of the attacks of September 11th. As the country decried the actions of these so-called Muslims, Ali spoke out the day of the attacks in a previously-scheduled interview with Reader’s Digest. “People say a Muslim caused this destruction,” he said, “but they are not real Muslims. True Muslims know that the ruthless violence of so-called Islamic Jihadists goes against the very tenants of our religion.” Days after 9/11, Ali spoke out for his religion in a televised statement with Will Smith, who landed an Academy Award nomination that same year for portraying the boxer in a film about his life.

Muhammad ALi and Will Smith on Islam

“Heroes,” Smith proclaimed with the champ by his side, “come in all shapes, sizes, colors, and religions. This man might be the most famous person in the world. He’s one of the greatest heroes of all time, and he is a Muslim.”

Jihadist terrorism, which kills more Muslims than anybody else, is a complete bastardization of Muhammad Ali’s faith, as well as everything he ever stood for. “People recognize me,” he said, “for being a boxer and a man of truth. I wouldn’t be here to represent Islam if it was really like the terrorists make it look. Islam is peace, against killing and murder, and the terrorists doing that in the name of Islam are wrong, and if I had a chance I’d do something about it.”

In these trying times for the nation, nothing would slander the legacy of The Greatest of All Time more than discrimination against those who share his religious beliefs. Without Ali to remind his society just what his faith actually entails, it is up to all of us to ensure that understanding and peace prevail above all else. As Derek Penwell, leader of a Christian Church in Ali’s hometown of Louisville, said on Sunday, “At a time when a candidate for the most powerful position in the world encourages us to fear those who are different from us, we need the voice, we need the presence of Muhammad Ali.”

The champ will be sorely missed. 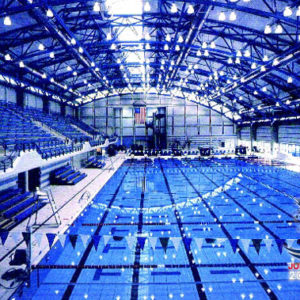 LONG ISLAND, N.Y. – The Nassau County Aquatic Center, the site of swimming events at the 1998 Goodwill Games, will host...