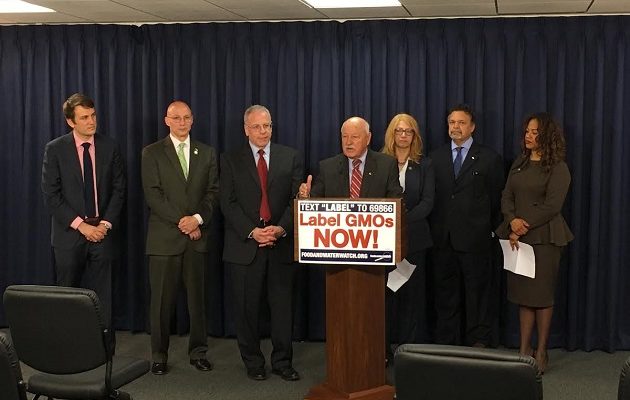 NEW YORK – Consumer advocates were in Albany on Tuesday, urging passage of a bill to require labeling of genetically modified foods before the legislative session ends.

Advocates have maintained that the bill has the support of a majority in the Assembly and is sponsored by almost half of the senators. Alex Beauchamp, northeast region director at Food and Water Watch, said there’s no reason lawmakers shouldn’t bring the bill up for a vote now.

“I think we’re closer than we’ve ever been to passing it,” he said, “but we really need a commitment from leadership to get this bill done before the legislative session ends, which is now just a few weeks away.”

The food industry has opposed GMO labeling, saying the food is perfectly safe and labeling would only raise costs and confuse consumers. However, polls indicate that more than 90 percent of Americans want GMO foods to be labeled.

Connecticut and Maine have passed GMO labeling laws, but they only go into effect when neighboring states pass similar laws. Now, Beauchamp said, the pivotal state in the push for labeling laws is Vermont.

“They passed a GMO labeling law that goes into effect this July, and that’s really kind of changed the game,” he said. “I think you see momentum on our side and more and more people speaking up and taking action.”

Some food producers, such as Campbell’s soups, are voluntarily labeling their products that contain genetically modified organisms.

According to Beauchamp, the New York bill, like the law in Vermont, would allow producers and retailers to use “GMO” or “genetically engineered” on packaging to meet the labeling requirements.

“The key thing is just that consumers have the ability to choose and say, ‘OK, this is genetically engineered, and this product over here isn’t.’ And right now that’s really lacking in the marketplace,” he said.

The current legislative session comes to an end on June 16. 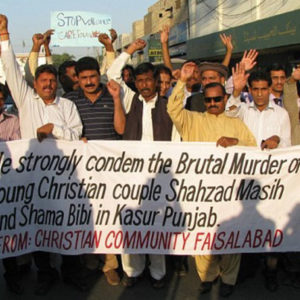 by Robert Golomb NEW YORK, NY - It was on one of the first days of November 2014 that the rumor spread throughout the city...