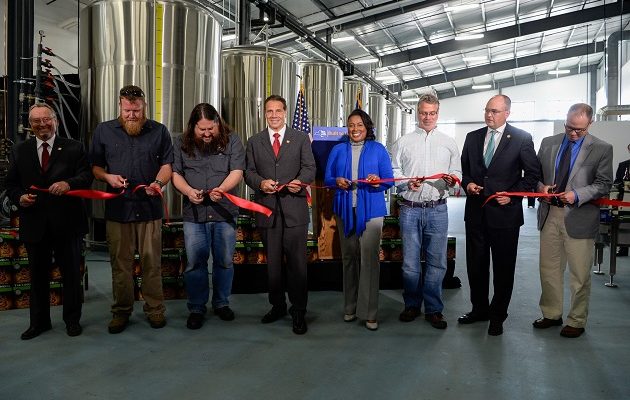 “New York’s investments in the craft beverage industry have driven growth, created hundreds of jobs and unleashed a new optimism and energy amongst wineries, breweries, distilleries and cideries across the state,” Governor Cuomo said. “This new legislation will build on that progress by modernizing the state’s Blue Laws, cutting through the red tape and removing artificial barriers to growth. The grand opening of Three Head’s Brewery in Rochester is a testament to our continued success, and I look forward to working together to keep the momentum moving forward in the years ahead.”

The new legislation builds on the progress made by the Governor over the past five years, including enacting the Craft New York Act, to cut burdensome requirements on producers and ease restrictions regarding the marketing of craft products. Since 2011, the state has implemented a number of significant reforms and expanded programs to grow the craft beverage industry, including creating new farm-based manufacturing licenses, launching a $60 million statewide promotional campaign and hosting wine, beer and spirits summits across the state.

The success of New York’s investments in the craft beverage industry can be seen from the Finger Lakes to the Capital Region, with the number of microbreweries in New York increasing 248 percent since 2010. The grand-opening of Three Heads Brewing in Rochester, NY, is further proof of that growth – with the brewery expected to begin full operations next week and hire an additional 15 new employees. The $4 million project includes a 15,000 square foot space for brewing, a 30-barrel fermenter to allow Three Heads Brewing to offer different seasonal and one-off beers every three weeks in the 2,100 square foot tasting room.

The Governor’s new legislation will ensure the craft beverage industry in New York continues to thrive by modernizing the state’s Blue Laws, consolidating licensing and reducing burdensome fees for wineries, breweries, distilleries and cideries statewide. The legislation would amend ABC Law to include the following:

By fueling opportunity for small businesses across the state, this legislation will ensure the state’s beverage producers continue to excel in the years ahead. Under the leadership of Governor Cuomo, New York is now home to nearly 900 wineries, breweries, distilleries and cideries. The number of craft beverage producers in New York has more than doubled from 2011. Since 2015, 177 new manufacturing licenses have been issued, including fifteen new cidery licenses, forty-two distilleries, twenty-nine winery licenses and ninety-one new brewery licenses. Combined with distribution and retail, producers account for more than $27 billion in economic impact and support tens of thousands of jobs statewide.

New York State Liquor Authority Chairman Vincent Bradley said, “This legislation is another example of the Governor’s continuing efforts to make the state a better place to do business by bringing the industry and state leaders together to openly discuss issues and develop solutions. The legislation the Governor is advancing will make common sense changes to modernize the state’s liquor laws, so these businesses can continue to create jobs, generate new economic development and drive tourism throughout New York.”

New York State Agriculture and Markets Commissioner Richard A. Ball said, “Thanks to Governor Cuomo’s support, we are reimagining the way New York’s beverage industry does business. By overhauling the outdated Blue Laws, this legislation will make it easier for breweries, wineries and cideries to market their products, create jobs and fuel economic growth throughout the state. Today, we are bringing an already world-class industry to a new level, and I look forward to its success for years to come.”

City of Rochester Mayor Lovely Warren said, “Rochester’s rebirth is in full swing and it is being driven in large part by the job creation abilities of small and medium sized employers and entrepreneurs. Governor Cuomo and our local state delegation have been great partners in helping us make it easier for job creators to succeed in Rochester and the surrounding area. Three Heads Brewing is a testament to Rochester’s resilience and their continued growth will help chart our future, not just for the families who will rely on their payroll, but for all of their suppliers and vendors whose employees will also benefit from a paycheck as a result of Three Heads ongoing success. Achieving our goal to create more jobs, safer, more vibrant neighborhoods and better education outcomes for all our children will be successful based directly on the success of Three Heads Brewing and employers just like them across our city.”

Dan Nothnagle, CEO of Three Heads Brewery, said, “We as brewers applaud the actions of Governor Cuomo and his administration. His legislation has made it easier for us to do business in New York State and has spurred the growth of the brewing industry. The fact that we are about to open a 20,000 square foot brewery owes a great debt of gratitude to these initiatives, and we look forward to representing Rochester and New York State on the national brewing stage.”

Paul Leone, Executive Director of the New York State Brewers Association, said, “We applaud Governor Cuomo’s commitment to building a stronger business climate for the beverage industry across New York State. This legislation will remove antiquated laws and put in place necessary reforms that will benefit the industry, and the thousands of employees who depend on it. I am excited to see these long-overdue recommendations become law and I am confident today’s action will open the door to new business opportunities for brewers across the state.”

Accelerating Finger Lakes Forward
This announcement complements “Finger Lakes Forward,” the region’s comprehensive blueprint to generate robust economic growth and community development. The state has already invested more than $3.4 billion in the region since 2012 to lay the groundwork for the plan – investing in key industries including photonics, agriculture and food production and advanced manufacturing. Today, unemployment is down to the lowest levels since before the Great Recession; personal and corporate income taxes are down; and businesses are choosing places like Rochester, Batavia and Canandaigua as a destination to grow and invest in.

Now, the region is accelerating Finger Lakes Forward with a $500 million state investment through the Upstate Revitalization Initiative, announced by Governor Cuomo in December 2015. The state’s $500 million investment will incentivize private business to invest well over $2.5 billion – and the region’s plan, as submitted, projects up to 8,200 new jobs. More information is available here. 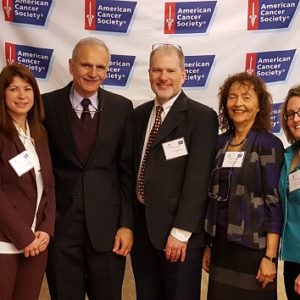