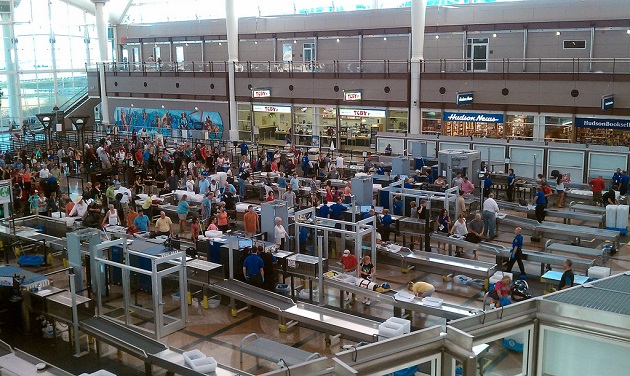 NEW YORK – U.S. Senator Charles E. Schumer said today that one of the reasons New York City airport security lines are forcing passengers to stand idle and wait—and wait—is because New York City airports are short the necessary number of passenger-screening canines recommended to actually reduce overall wait times and improve security. Ahead of what is predicted to be a summer of long lines and continued waiting, Schumer is, today, calling for an immediate surge in canine teams at the Transportation Security Administration (TSA) to help speed up outrageously long security lines at New York City-area airports. Schumer wants the canine teams to work with new TSA agents the senator also wants deployed to New York City airports as soon as possible.

“As the dog days of summer roll on in, airport security lines need to roll along, too. But right now passengers are jammed in outrageously long delays. One simple, cheap and very effective way to speed up the long lines is by deploying a surge of highly-trained passenger-screening canines,” said U.S. Senator Charles Schumer. “As New York City airport wait times bog down, so waits the nation. New York City is a national hub and if we can reduce the wait times here, we can make the entire country move a lot faster. A canine screening surge in New York City could really take a bite out of time.”

Schumer added, “Coupled with a surge in actual TSA agents I am requesting here in New York City, highly-trained canine teams offer a unique way for the TSA to accurately and efficiently screen passengers standing in stalled security lines. That’s why the TSA should increase the number of canine teams at New York City airports as soon as possible.”

The Port Authority of NY/NJ recently reported that the average maximum wait time at JFK Airport between March 15th and April 15th increased 82 percent from the same period last year. Schumer said that if nothing is done to help alleviate wait times, the lines could grow longer and longer–which is especially troublesome given reports that the number of travelers is expected to grow this summer.

In addition to hiring more TSA agents, Schumer said the TSA should deliver a surge of highly-trained canine teams that can quickly and effectively screen passengers and therefore, help shorten security lines for travelers. Schumer said that these canine teams will not only help address wait times but also provide even greater detection accuracy. Ahead of the predicted summer delays, Schumer pushed the TSA to address the issue of long wait times, specifically by adding additional TSA agents to NYC airports as soon as possible and by increasing the number of highly trained Passenger Screening Canine Teams at New York City airports. Schumer explained that Passenger Screening Canine Teams offer a unique yet efficient way to screen air travelers.

Canine teams include a highly trained detection dog and a handler. There are two types of canine teams that the TSA utilizes. Passenger Screening Teams include dogs that are trained to stand at the front of screening lines to screen passengers. The TSA uses passenger screening canine teams to conduct screening of passengers enteringscreening checkpoints. In addition to serving as an added layer of security, the Passenger Screening teams are able to quickly clear passengers in line and then allow them to proceed through expedite screening. Once screened by a canine, passengers are able to keep their shoes, belt, and outer jackets on as they move though security, similar to pre-check, this can help significantly improve wait times. Second, TSA uses Explosive Detection Teams that include dogs that are trained to screen cargo and checked luggage for explosives and to respond in emergencies.

Schumer today said that TSA Passenger Screening Dogs can cut passenger screening times by about half. Recommended TSA security line throughput is 150 passengers/hour and TSA Pre-Check Line throughput is approximately 280 passengers/hour. Schumer today explained that TSA Passenger Screening Dogs can allow for all passengers to go through the Pre-Check line or a similar screening process in which shoes, belts and coats can still be worn when going through x-ray machinery.

According to the TSA, there are approximately 997 TSA funded canine teams deployed nationwide, of which 322 are with TSA teams and 675 are loaned out to state and local law enforcement to use in other areas and situations. The canine teams work at approximately 174 locations including: airports, mass-transit and maritime systems. TSA allocates the teams to certain cities and airports based on risk-based criteria, including: including threat score, number of people with secure access, and passenger throughput.

The TSA is working to train 322 of their dogs to be Passenger Screening Units. The TSA is also working to expand its Passenger Screening Unit program by training and allowing for the 675 State and Locally Controlled TSA dogs to be trained as Passenger Screeners and to be used at airports. Schumer is calling on the TSA to expedite the re-training of existing canine teams and pushing the agency to station these teams at New York-area airports to reach the recommended levels. Second, Schumer is calling on the TSA to include a New York airport in its expanded Passenger Dog Screening Program to further increase the number of Passenger Dog Screeners at New York-area airports.

New York City is home to some of the busiest airports in the country. According to the Port Authority, 126 million air travelers utilize its airports each year. Moreover, this summer traveling season is expected to be one of the busiest. According to reports, more than 220 million passengers are expected to fly this summer season, which Schumer says could greatly impact wait times at local New York City-area airports like JFK and LaGuardia—even the nation.

The Port Authority of NY/NJ, which operates JFK Airport, LaGuardia Airport and Newark Airport, recently pointed to an increase in security line wait times for air travelers. In a May 4th letter to the TSA Administrator, the Port Authority’s Aviation Director and Chief Security Office wrote that during the period March 15- April 15, there were 253 occurrences of more than 20 minute waits in 2016 when compared to 10 instances over the same period the year prior. The letter says that JFK Airport’s daily average of maximum wait times during this period increased 82 percent from 11.5 minutes in 2015 to 20.9 minutes this year. The letter also states that the absolute maximum in 2016 was 55 minutes vs. 30 minutes in 2015. The Port Authority says that the issue is similar at LaGuardia Airport and Newark.

Photo by Quinn Dombrowski, from Flickr.
Made Available from The Office of Senator Charles E. Schumer. 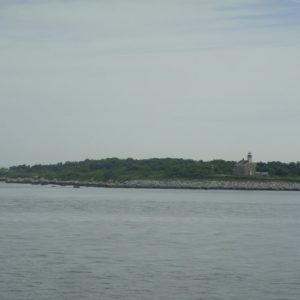