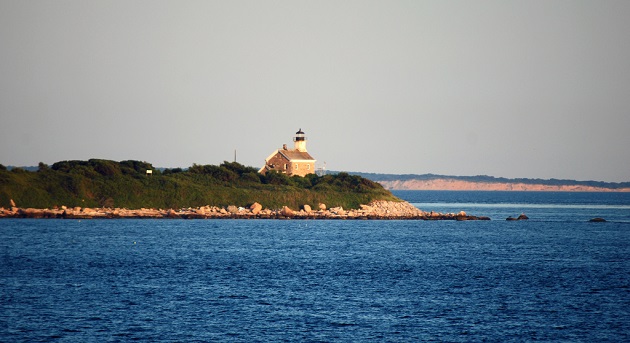 Rep. Zeldin: House to Vote This Afternoon on His Bill to Protect Plum Island

NEW YORK – Congressman Lee Zeldin (R, NY-1), joined by supportive local elected officials, environmental groups and residents who are concerned with the future of Plum Island, hosted a press conference today to announce that the House of Representatives is expected to vote on his bill to prevent the sale of Plum Island by the federal government to the highest bidder (H.R. 1887) today, May 16, 2016. You can watch this afternoon’s vote around 4:00 PM live on CSPAN or online at houselive.gov.

Allowing for continued research, public access and permanent preservation of the island, Congressman Zeldin’s bill, H.R. 1887, will reverse a 2008 law that mandated the public sale of Plum Island by the federal government to the highest bidder. H.R. 1887 was marked up with an amendment and passed the House Homeland Security Committee with strong bipartisan support last month on April 28, 2016. The bill, as amended, will commission the Government Accountability Office, in consultation with the Department of Homeland Security who currently owns the island, to formulate a comprehensive plan for the future of the island. This plan will include possible alternative uses for the island including a transfer of ownership to another federal agency, the state or local government, a non-profit, or a combination thereof for the purpose of education, research, and conservation.

Since World War II, Plum Island has been utilized as a research laboratory. The facility, which has been under federal jurisdiction since 1899, has since grown to become what is known today as the Plum Island Animal Disease Center. In 2005, the Department of Homeland Security, which currently has jurisdiction over the island, announced that the Animal Disease Center research would be moved to a new federal facility, the Bio-and-Agro Defense Facility (NBAF) in Kansas. To offset the cost of this relocation, a law was enacted that called for the private sale of Plum Island to the highest bidder. However, due to the costs associated with the cleanup and closure of Plum Island, and because of Southold Town zoning restrictions, the federal government would receive far less compensation for the sale of Plum Island.

Congressman Zeldin said, “Today, I am thrilled to announce that my legislation to save Plum Island has been scheduled for a vote in the House of Representatives, where it’s expected to pass, later this afternoon. Plum Island is truly a natural, cultural and historical treasure that has been cherished by our local community since before the 1700s, which is why protecting this critical land is so important. I would like to thank all of the local elected officials who have been so completely committed towards this effort, including Southold Town’s decision to rezone Plum Island, which was an important and critical boost. I would also like to thank all of the groups and concerned residents who have moved heaven and earth to raise awareness of this cause and help recruit cosponsors. In Congress, I would like to especially thank House Majority Leader Kevin McCarthy and House Homeland Security Chairman Michael McCaul for both taking such a direct personal interest in helping me with this effort in the House. After the House passes HR 1887 this evening, the legislation will be sent to the United States Senate for passage there. None of us can stop fighting for this bill until it is passed by the Senate, and signed into law by the President this year.”

Senator Ken LaValle said, “We have fought for many years to stop the federal government from selling Plum Island. The island contains nationally significant natural, cultural, historic and scenic features and resources, and should be preserved. I congratulate Congressman Zeldin for his efforts to halt the sale of this important property, and look forward to working with him to preserve and protect this unique environmental treasure.”

Southold Town Supervisor Scott Russell said, “I think I can speak for many here on the east end when I say “thank you” to Congressman Zeldin for listening to our concerns and taking action. Plum Island is a jewel and a national treasure. The federal government’s plan to see it off to the highest bidder is ill-conceived and short-sighted. Congressman Zeldin’s efforts, that have resulted in the vote being taking later today, have taken us the closest we’ve been yet to our goal of protecting this fragile ecosystem. It gives us all hope as we press forward.”

“We deeply appreciate the hard work of legislative champions like Congressman Zeldin and the region’s engaged citizens in the united effort to protect Plum Island,” said Chris Cryder, special projects coordinator for Save the Sound, a bi-state program of Connecticut Fund for the Environment. “Hopefully the ‘Don’t Sell Plum Island’ bill will halt the ill-advised marketing campaign to auction the island and help provide a pathway to permanent conservation. Congress has listened to the voices of those fighting for Plum Island’s endangered species and historic buildings—it’s time our federal agencies listened too.”

Robert S. DeLuca, President of the Group for the East End, said “Congressman Zeldin is making meaningful and measurable progress on one of the most important conservation issues facing the East End. We look forward to a successful vote on the Save Plum Island bill, which would suspend the General Service Administration’s disturbing marketing campaign and assure an honest appraisal of the true environmental and economic consequences of selling this fragile public asset to the highest private bidder.”

William Toedter, President of the North Fork Environmental Council, said, “For years, the residents and businesses of the North Fork have voiced their support of the Plum Island labs. And for years, environmentalists have voiced their concerns about protecting one of the most unique and precious ecosystems left on the eastern seaboard. Now is the time for both our local and national elected representatives to come together voice their support in removing the “For Sale” sign and placing the island and the wildlife which relies on its untouched woodlands, wetlands, beaches and surrounding waters on the path to preservation for the benefit of future generations.”

“Congressman Zeldin’s fight to permanently protect Plum Island has given Congress the opportunity to create a natural conservation oasis in the midst of some of the nation’s most densely urbanized places,” said Erin Crotty, executive director of Audubon New York. “Audubon has made the permanent protection of Plum Island a priority because more than 210 bird species breed or forage on the island and in adjacent waters, including threatened and endangered birds such as Piping Plovers and Roseate Terns, and we are truly appreciative of the Congressman’s unwavering leadership on this issue.”

“I commend Congressman Zeldin for his efforts in securing the bipartisan support to preserve Plum Island, a natural resource and home to a unique mix of ecosystems and wildlife,” said Ashley Hunt-Martorano, Director of Marketing and Events at Citizens’ Climate Lobby. “We have a responsibility to protect this open space against the sale and private development. I encourage all Representatives to vote in favor of preserving Plum Island as the environmental, cultural, and historic gift it is to our community now and also will be for generations to come.”

“The Nature Conservancy considers Plum Island, with its seven miles of natural shoreline, 700 acres of meadows, forest, wetlands, bluffs and beaches, and abundant wildlife one of its top land conservation targets on Long Island. We applaud Congressman Zeldin for moving the ‘Save, Don’t Sell Plum Island’ legislation out of committee and onto the full House floor for a vote,” said Nancy Kelley, executive director of The Nature Conservancy on Long Island. “Stopping the auction of Plum Island by the federal government to the highest bidder will allow conservation alternatives with public access to be thoroughly explored. We are hopeful that, when all things are considered, Congress will reach the same conclusion that The Nature Conservancy and the Preserve Plum Island Coalition has reached: Plum Island should be saved, not sold.”

Photo by Harvey Barrison, from Flickr.
Press Release by Jennifer DiSiena.
Made Available from The Office of Congressman Lee Zeldin. 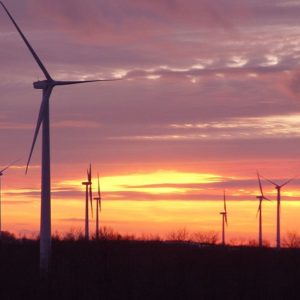