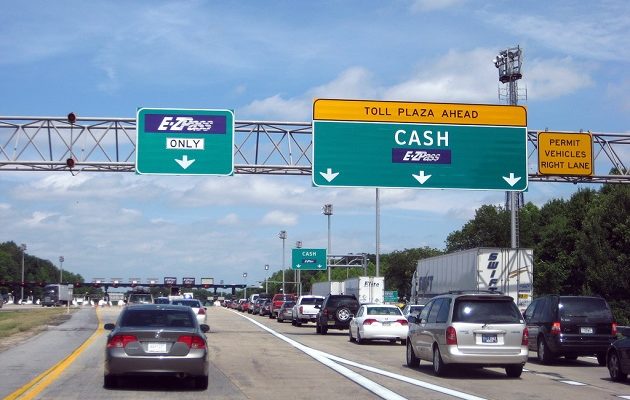 NEW YORK – Governor Andrew M. Cuomo today announced the beginning of the suspension process for 575 New York-registered vehicles as part of this state’s crackdown on persistent toll violators. These vehicles are alleged to have violated the recently adopted state regulations targeting individuals who fail to pay tolls, fees and other charges resulting from five toll violations on different days over an 18-month period. The regulation applies to all New York toll crossings.

“These scofflaws operate at the expense of law abiding toll payers and put additional stress on New York’s transportation network without providing any resources to maintain it,” Governor Cuomo said. “This administration’s action stops these toll evaders in their tracks and sends a simple message: If you don’t pay your fair share, you will be held accountable.”

Prior to the suspensions taking effect, the Department of Motor Vehicles sends letters notifying owners that their vehicle registrations will be suspended within 45 days unless they pay the specified charges, or unless they contact the E-ZPass New York Customer Service Center to resolve the charges, or contact the Department of Motor Vehicles to request a hearing. Letters have been sent to individuals with violations at New York State Thruway Authority, the Port Authority of New York and New Jersey and Metropolitan Transportation Authority Bridges and Tunnels facilities.

Port Authority Executive Director Pat Foye said, “The goal of this new enforcement tool, spearheaded by Governor Cuomo, is not punishment but compliance. It is unfair to the majority of law-abiding drivers that some individuals persistently seek to flout the law. The potential suspension of registrations should make it clear to deadbeats that following the law and paying the tolls is much more affordable in the long run than refusing to pay.”

Department of Motor Vehicles Executive Deputy Commissioner Terri Egan said, “New York State Vehicle and Traffic Law gives DMV the authority to suspend registrations for habitual and persistent violations of the law. Avoiding tolls is a serious offense and puts the burden on law-abiding motorists. By partnering with tolling agencies and cracking down on scofflaws who refuse to pay, we are working to increase compliance and sending the message that it is just not worth it to break the law.”

MTA Chairman Tom Prendergast said, “The MTA’s seven bridges and two tunnels are vital lifelines into and around the entire City of New York, used by more than 800,000 drivers per day. We work hard to control our costs so we can keep tolls down. But we also depend on revenues to maintain these important transportation links.”

Thruway Authority Interim Executive Director and Chief Operating Officer Maria Lehman, P.E. said, “New York’s Thruway is one of the longest toll supported highways in the nation and hundreds of millions of motorists utilize it each year. Unfortunately, delinquent toll evaders have created disparity on toll roads in our state – everyone needs to pay their fair share if they use the road. With Governor Cuomo’s plan to suspend the registration of repeat toll evaders, justice will be restored for the majority of drivers who obey the law and pay the toll they owe.”

Motor vehicle owners receiving a “Notice of Registration Suspension” letter from DMV for unpaid tolls and fees owed to any New York State tolling authority, and who wish to avoid having their registration suspended, must contact the E-ZPass New York Customer Service Center at 800-333-8655 to pay or dispute the charges. This applies whether or not the violator is an E-ZPass user. Violators also may request a hearing with DMV by following the instructions in the suspension letter.

For all violations, the tolling authority sends the toll violator two notices for each violation including the amount owed and instructions on how to pay or dispute the charges. In addition to possible registration suspension, failure to pay or have the charges dismissed or transferred may also result in referral to a collection agency, additional fees and charges, or legal action.

Photo by MPD01605, from Flickr.
Press Release by Governor Cuomo’s Press Office.
Made Available from The Office of Governor Andrew Cuomo. 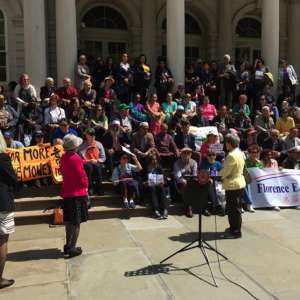