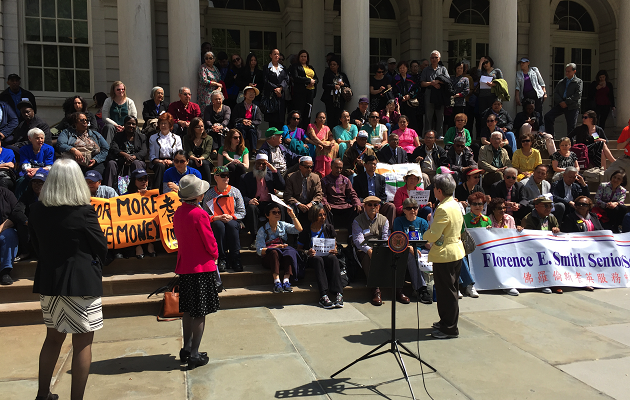 NEW YORK – More than 350 seniors and social workers descended on New York City’s City Hall Wednesday to demand a fair share of the city budget for services through the Department for the Aging, and more support for family caregivers.

Seniors are the fastest-growing segment of the city’s population, but one in five lives in poverty and thousands more are barely above the poverty line.

According to Bobbie Sackman, director of public policy at LiveOn NY, the city’s Department for the Aging pays its case managers about $20,000 a year less than those in other social services.

“Every year, one out of three case managers leaves their job,” he said. “You’re making $35,000 a year. You have a big caseload, complicated cases. You’re not going to stay.”

The city budget includes $4.8 million for salary parity for case managers, but Sackman said more than $7 million is needed to raise salaries this year.

Beyond case managers, there are thousands of adults spending 20 or more hours a week to care for an aging parent or spouse. Sackman said passage of the statewide Family Leave Act earlier this year will help, but the city needs to fund supportive services for family caregivers.

“So if you need some home care, if you need somewhere to place your elderly mother so that you can go to work, or caregiver support groups so people can come together and talk,” he said.

She said caregivers who don’t get adequate support services are likely to burn out from the stress of work and family.

Under the previous administration, funding for adult day-care services for seniors with Alzheimer’s and other forms of dementia were cut. This year, Sackman said, they’re asking the city for $2.3 million.

“Two-point-three-million dollars was the amount the city was spending under (former mayor Michael) Bloomberg seven or eight years ago and the administration hasn’t brought these services back to that level,” he added.

Sackman maintains that by investing in seniors, the city helps them remain in their homes longer and helps their caregivers remain more productive.

PHOTO: More than 350 seniors took part in a day of advocacy.
Photo Credit: A Nickerson/LiveOn NY. 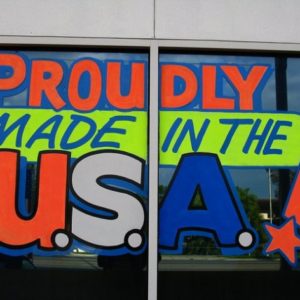 WASHINGTON - Mike Lindell, president of My Pillow Inc., seems like a nice guy, and I like his product. But he says something...