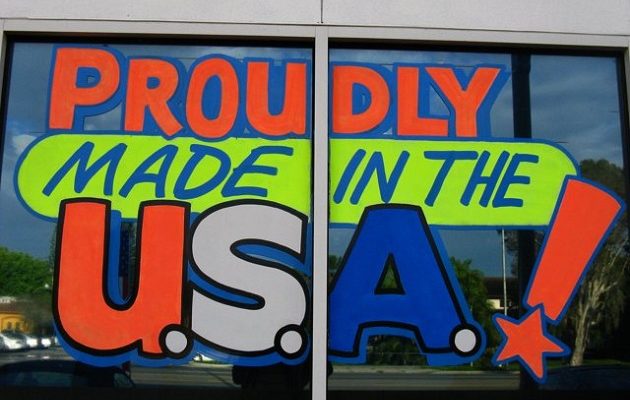 WASHINGTON – Mike Lindell, president of My Pillow Inc., seems like a nice guy, and I like his product. But he says something in his commercial that bothers me:

“Every part of my product is made in the USA.”

What could be wrong with that? Lots of things.

First, is it true? Lindell may really believe what he says, but I suspect that if he thoroughly inventoried his Chaska, Minnesota, factory, he’d find many things made (at least in part) by people in other countries. Since he says, “every part of my product,” he may be thinking in narrow terms. But what about every aspect of his production process? If he uses vehicles made outside the United States to transport his goods to a shipping center, his statement is inaccurate. If the grass on his business property is cut with a Japanese lawnmower or the coffee he provides his employees is grown in Colombia, his statement is inaccurate. In a global economy few things are the product of only one place.

But let’s assume Lindell is right. Would it really be such a great thing? No, not really.

His statement implies that buying only American-made parts is good not just for the particular Americans who make and sell those parts, but for all Americans — indeed for America as a whole. But that can’t be true. Sure, it is good for those who make the parts, but it’s bad for unidentifiable other Americans, and that means it can’t be good for the whole country.

Observe: if Lindell bought foreign-made parts, he would pay for them with dollars. But his foreign vendors can’t spend dollars in their home countries, just as Americans can’t buy groceries with Japanese yen, Chinese yuan, or euros. Foreign vendors, however, can use dollars to buy American products or invest in the U.S. part of the world economy. The only other thing they can do with their dollars is sell them for their home currency, but then the buyer of those dollars would face the same choice to buy American products or invest in the United States. (The so-called trade deficit equals the dollar amount of the investment in America that foreign exporters undertake. That deficit is no problem, Messrs. Trump and Sanders.)

So if Lindell really buys all his parts from Americans, other Americans lose out because some sales and investments don’t happen. When doing economic analysis, the French economist Frederic Bastiat taught, look for the unseen as well as the seen consequences.

I don’t mean to criticize Lindell. My point is that his implicit message — that Buy American is good for all of America — is untrue.

Lindell’s Buy-American policy raises other questions. Are American parts more expensive than foreign parts? If so, does he try to pass the higher costs to his customers? If so, he makes it harder for poorer Americans to buy his pillows. A higher price also puts his product — and therefore his company and employees — at a disadvantage in the marketplace. Does he think American consumers care where products are made? Whatever they may tell pollsters, what Americans really care about — judging by their actions — is the combination of price and quality. Let Lindell advertise: “Every part of my product is made in the USA — so we charge you more than our competitors do.” The response would be informative.

However, maybe he doesn’t pass along the extra cost. Maybe he accepts lower profits. If so, how does he improve his factory, increase employee productivity, and pay competitive wages? If his profit is lower, he also has less money to spend on other American and foreign products and less to invest.

Again, my point is not to criticize Lindell. It’s to show that he’s not helping America as a whole.

But now I must end on a critical note. When Lindell touts his Buy-American policy, he seems to be suggesting that Americans are more worthy than non-Americans. Is human worth really determined by which side of an arbitrary national boundary one was born on?

Trade among perfect strangers from all over the world is cooperation, trust, mutual benefit, and peace in action. Don’t we need more of it? Injecting divisive nationalism into commerce, however innocently, violates the true liberal spirit, which has bestowed incalculable blessings on the human race.

PHOTO: Clyde Robinson, from Flickr.
OP-ED: by Sheldon Richman.
Made available from The Center for a Stateless Society. 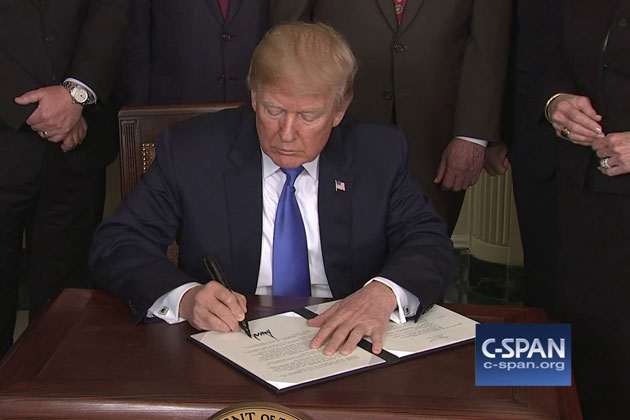 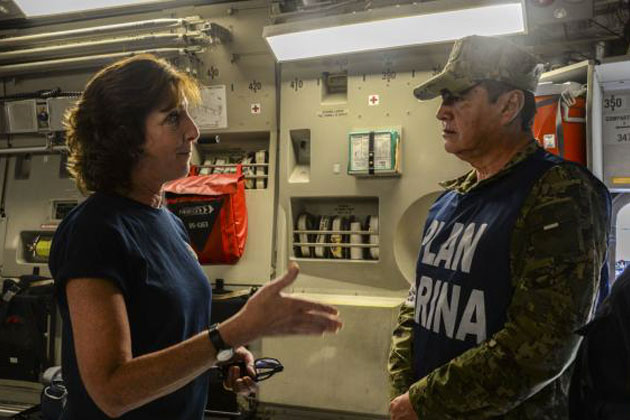 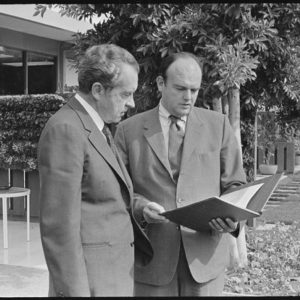 WASHINGTON - In the cover story of this month’s Harper’s Magazine, author Dan Baum recounts a conversation he had with...