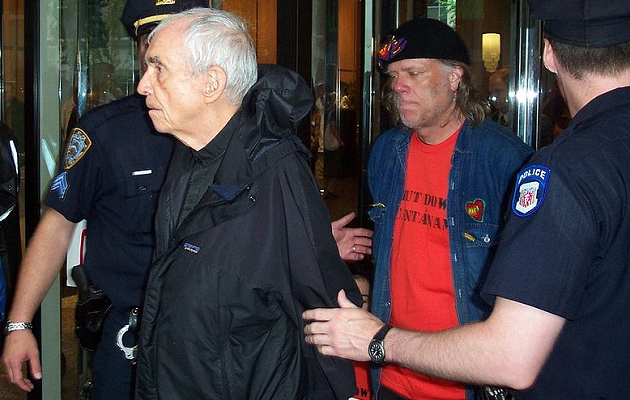 NEW YORK – On April 30th, Father Daniel Berrigan, an anti-war activist, Jesuit priest, author, and poet, passed away at the age of 94. Since the Vietnam War, Father Berrigan spoke bravely against American imperialism. But his opposition to US military interventions abroad went beyond speech. Father Berrigan bravely and repeatedly engaged in direct action to resist America’s war machine.

In 1968, Father Berrigan joined eight other anti-war activists to break into a draft office. They took 378 draft files from the office and used napalm to set them aflame in protest. They disrupted an unjust process by which young men were forced to fight a war of aggression in Vietnam. In lighting these records on fire with napalm, they used the empire’s own weapons to destroy its bureaucratic paperwork. Together, they were known as the Catonsville Nine.

As for destroying government property, the state’s property was not justly acquired. Property is justly acquired through original acquisition or voluntary transfer. Government property is acquired by taxing people, taking their money without their consent through threats of imprisonment. In the case of draft records, that property is then used to facilitate slavery and murder. There can be no just property rights in goods obtained through theft and used to facilitate aggression. Burning those records was not mere vandalism, but instead a moral act of resistance to injustice.

As Father Berrigan wrote of the action, “Our apologies, good friends, for the fracture of good order, the burning of paper instead of children.”

After his conviction, Daniel Berrigan and several other members of the Catonsville Nine fled. While living as a fugitive, he reappeared to give sermons, then disappeared again, thus embarrassing the FBI. He was eventually found in August 1970 and held in prison for approximately two years.

Later, in the 1980’s, Father Berrigan helped launch the Plowshares Movement. Drawing on the biblical theme of beating swords into plowshares, they beat nuclear warheads with hammers at a GE nuclear missile plant.

Nuclear weapons are weapons of mass murder. They cannot be used defensively, as they are fundamentally indiscriminate and kill large numbers of civilians whenever used. Destroying these weapons of indiscriminate killing is heroic.

The US government wields their weapons of war to bully and threaten people around the world. Their invasions have killed countless civilians abroad, from Vietnam to Iraq to Yemen. When a government engages in such mass murder, beating their swords into plowshares becomes a moral duty.

Father Daniel Berrigan had a clear moral vision that prompted him to stand for peace and oppose imperialist state violence in all its forms. Ken Butigan described Father Berrigan’s vision as “We live in a culture of death — and it is up to us to resist it.”

The US continues to wage unjust war around the globe. Drones rain death from the skies in Yemen, Pakistan, and Somalia. US troops continue to be sent to Iraq and Syria. We need more principled opponents of war who are willing to disrupt the militarism and state violence.

In other words, we need more people like Father Daniel Berrigan. His defiant resistance to empire is an example to us all. As investigative journalist Jeremy Scahill wrote, “This world was made better because he walked it.”

PHOTO: Thomas Good, from Wikimedia Commons.
OP-ED: by Nathan Goodman.
Made available from The Center for a Stateless Society. 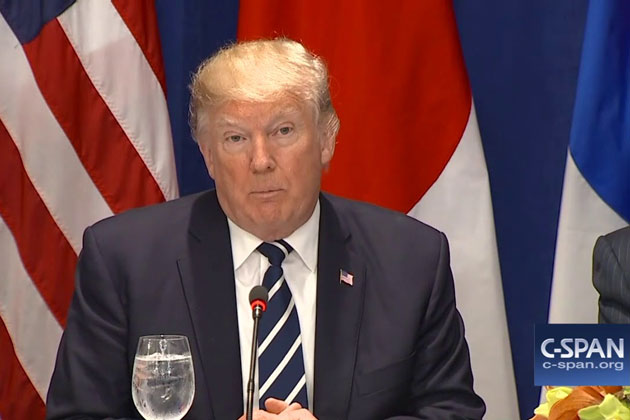 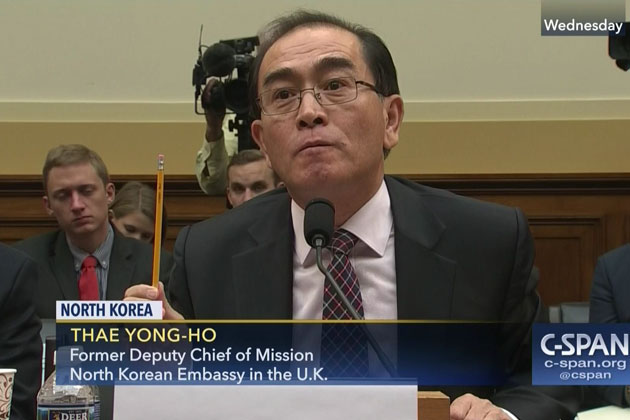 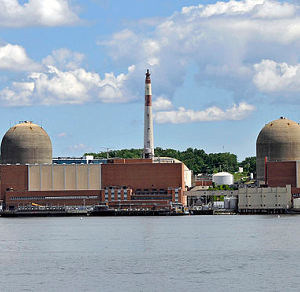 NEW YORK - The Nuclear Regulatory Commission has ruled that its own staff analysis of the cost of a serious accident at the Indian...