NEW YORK – The Nuclear Regulatory Commission has ruled that its own staff analysis of the cost of a serious accident at the Indian Point nuclear plant is inaccurate.

According to the commission’s unanimous decision, the analysis by the Atomic Safety and Licensing Board contains factual errors that could be misleading.

Cliff Weathers, communications director for the environmental group Riverkeeper, said he believes the ruling will bolster the arguments those opposed to the plant have been making all along.

“A new analysis — and an honest analysis, if it’s done that way — will show that this plant is not safe, it’s not secure and also not vital for the area,” Weathers said.

The original 40-year licenses for both reactors at Indian Point have expired, and the owners have applied to the NRC for 20-year extensions. Gov. Andrew Cuomo has been calling for closing the facility.

Indian Point has experienced a number of serious incidents, including a recent massive leak of radioactive tritium into the groundwater. At Indian Point 2, which is currently offline, Weathers said, more than a quarter of the bolts holding the inner walls of the reactor together are either damaged or missing.

“That’s an extremely serious event,” he said. “There’s never been anything like this at any nuclear power plant that we know of.”

More than 17 million people live within a 50-mile radius of Indian Point, which is located 41 miles from the center of Manhattan.

Proponents of the plant have argued that it’s needed because it generates 10 percent of the state’s electricity and a quarter of the power used by New York City. Weathers said that claim was examined in a recent study commissioned by Riverkeeper, “and they have found that, yes, Indian Point’s energy is replaceable today, and the cost to consumers would be negligible.”

He said new transmission efficiencies already in place, renewables now coming online and the recent repair of three gas-fired power plants damaged by Hurricane Sandy can make up the difference. 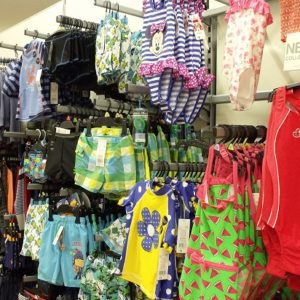