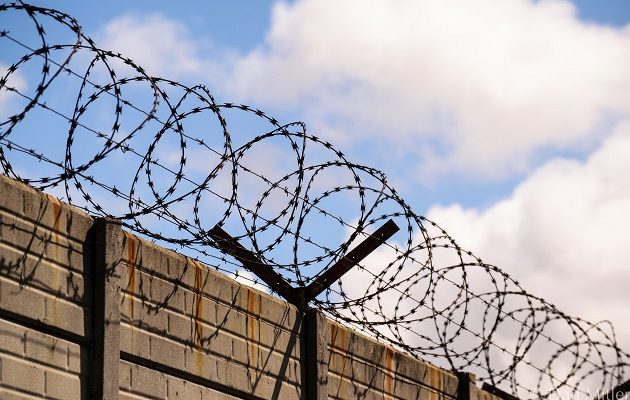 NEW YORK – The New York Times recently reported that on March 13th, Jeffery Pendleton was found dead in his jail cell. Pendleton was a homeless man who lived in New Hampshire and had been arrested on March 8th for outstanding fines and possession of small amounts of marijuana. His set bail of $100 was prohibitively costly for him and he was left to languish in his cell until trial, over a month later.

According to New Hampshire’s state experts, there were no sign of foul play.

Pendleton’s family disagrees, saying on a GoFundMe campaign that aims to bring Pendleton’s body home: “His body has been viewed by a second source and we have found that we were lied to by the medical examiner in New Hampshire as well as the jail. … The second report completed in Arkansas states there are clear indications that Jeffery was harmed prior to his death and likely that harmed caused his death.”

Pendleton’s death, whether a freak accident or something more, reflects a disturbing trend of individuals, particularly lower-income and people of color, dying in jail cells. Another high-profile victim, a black woman named Sandra Bland, died after only three days in jail in 2013. Her death was ruled a suicide but her family, like Pendleton’s, disagreed.

In practice, jails tend to work as places where lower-income people must be processed and held until they can be processed again. As Gilles Bissonnette, a director for the American Civil Liberties Union of New Hampshire said of Pendleton’s case, “at that point, he would have effectively served his sentence before he ever had an opportunity to contest the charge — an outcome that only a poor person would be confronted with.”

The issue of prohibitively high bail is serious enough that the Department of Justice (DoJ) released an official statement around the time of Pendleton’s death. Such statements don’t have the force of law, but they can influence shifts in policy by making the federal government’s position clear on a given issue.

At one point the statement says “[b]ail that is set without regard to defendants’ financial capacity can result in the incarceration of individuals not because they pose a threat to public safety or a flight risk, but rather because they cannot afford the assigned bail amount.”

As such, jails are often used as pre-detention centers that skirt around Constitutional requirements of “fair and equal treatment” under the law. If poor people are regularly locked up and have bail set without regard to their ability to pay then equality under the law seems like an unlikely outcome.

But even if we tried to make bail set partly on the basis of financial stability and well-being, this would not be enough. Whether it comes to police and civil forfeiture, the criminal justice system and plea deals, or the prison industrial complex, the state’s profit motive leads them to seek monopoly profits to the disadvantage of the accused and convicted.

As the New York Times notes, this report by the DoJ, “…echoes the conclusions of the Justice Department’s investigation of the Police Department and court in Ferguson, Mo. Investigators there concluded that the court was a moneymaking venture, not an independent branch of government.”

But “independence” is a meaningless term when the government has created and reinforced perverse incentives that treat individuals as a stream of revenue. Fixing that isn’t going to be accomplished by sending letters to courts and politely asking them to change. In fact, the way to affect change isn’t to ask nicely for the government to play by its own rules. We’ve been doing that for too long to no avail.

It’s time we made up our own rules and played by them ourselves in peaceful and creative ways. This means building alternative forms of dealing with crime that don’t rely on punishment being the focus of rehabilitation. It also means not treating money as the sole way that people can help atone for their offenses.

But of course, Pendleton didn’t do anything wrong.

Well, besides being poor.

PHOTO: Dan Mitler, from Flickr.
OP-ED: by Nick Ford.
Made available from The Center for a Stateless Society. 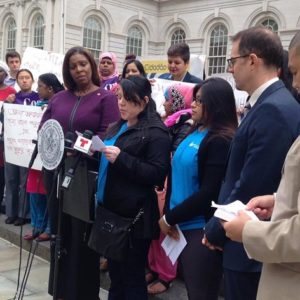 NEW YORK - A major source of funding for nonprofit groups in New York City is succeeding at helping marginalized communities,...